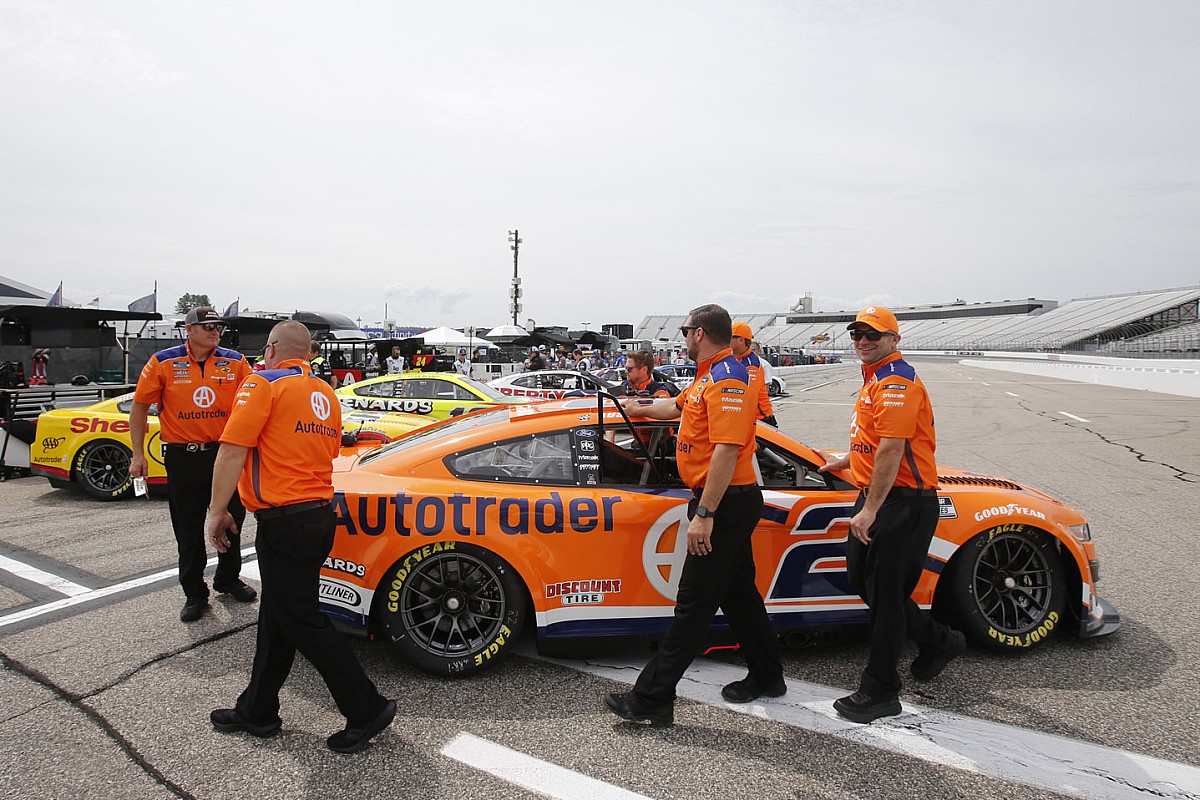 Cindric’s No. 2 Ford had a left-front wheel come loose during a pit stop at the completion of Stage 2 at New Hampshire Motor Speedway.

NASCAR had recently amended its loose wheel rule to allow for the series director’s discretion as to whether the penalty should be issued if the wheel remained on pit road.

The wheel did remain on pit road in Cindric’s case but rolled through several other teams’ pit boxes.

So far this season, NASCAR has issued suspensions 12 times to 11 different teams for having wheels come loose during Cup Series races.

NASCAR switched to a center-locking wheels with a single lug nut for the 2022 season with its Next Gen car.