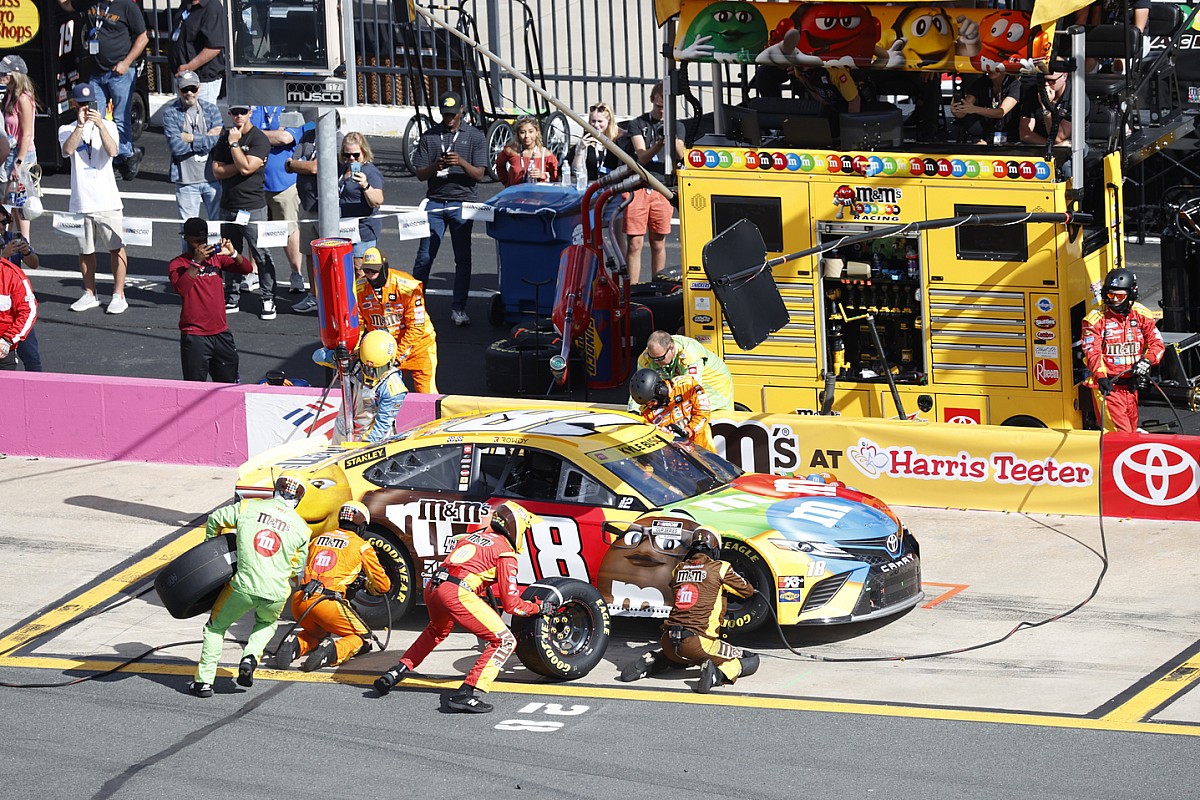 Following Sunday’s race, Busch’s No. 18 Toyota was found to have two lug nuts that were not safe and secure. He finished fourth in the race.

For the infraction, Busch’s crew chief, Ben Beshore, has been suspended from this Sunday’s race at Texas Motor Speedway. He was also fined $20,000.

The No. 18 car’s race engineer Seth Chavka will serve as interim crew chief for Beshore this week.

NASCAR issued three additional fines to crew chiefs for having one lug nut not safe and secure.