Busch will make his debut in Nitro Rallycross at the third round of its season Nov. 13-14 at Wild Horse Pass Motorsports Park. The two-time NASCAR Cup Series champion will compete in the Supercar class.

Nitro Rallycross, created by rallycross driver Travis Pastrana and the Nitro Circus production, is in its inaugural season.

“Anybody that knows me knows that I’m a true racer and I’ve always prided myself in the ability to get behind the wheel of any type of vehicle at any type of track and be competitive,” said Busch.

“I’m pumped for the opportunity to go wheel-to-wheel with some of the best rallycross drivers from around the world in Nitro Rallycross at Wild Horse Pass. “Travis has put a lot of time and effort into developing challenging courses and recruiting talented drivers to compete alongside him in this series.

“I’m appreciative of the invite to be a part of it and I’m excited to get out there and see how I stack up against the competition.” 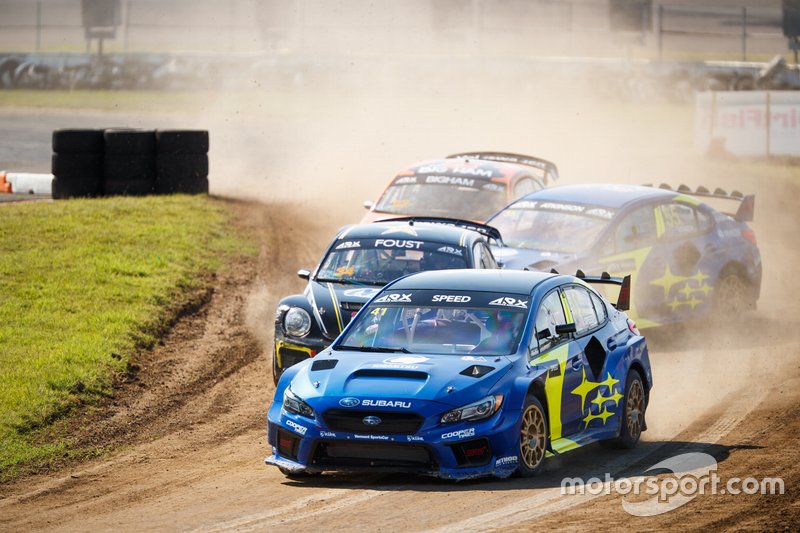 So far, Busch’s only other high-profile appearance outside of stock car racing was in the 2020 Daytona 24 Hours in a Lexus RC F GT3 for AIM Vasser Sullivan.

Former NASCAR drivers Tony Stewart, Carl Edwards and Casey Mears have expressed interest in sampling the racing discipline in the past, while Busch’s older brother, Kurt, tested a car at Charlotte Motor Speedway’s dirt track in 2013.

Four-time champion Scott Speed and multiple race winner Steve Arpin have been the most successful stock car converts, making rallycross their home since they both debuted in 2013.

“From day one, this series was made by drivers for drivers in order to create a totally new type of motorsport – one that was challenging to race while at the same time thrilling for fans to watch,” Pastrana said.

“Having a champion of Kyle’s caliber get in the ring raises the game even more and introduces a new audience to Nitro RX. Once we get out on the track though, I know that both of us will have our eyes on that trophy.”