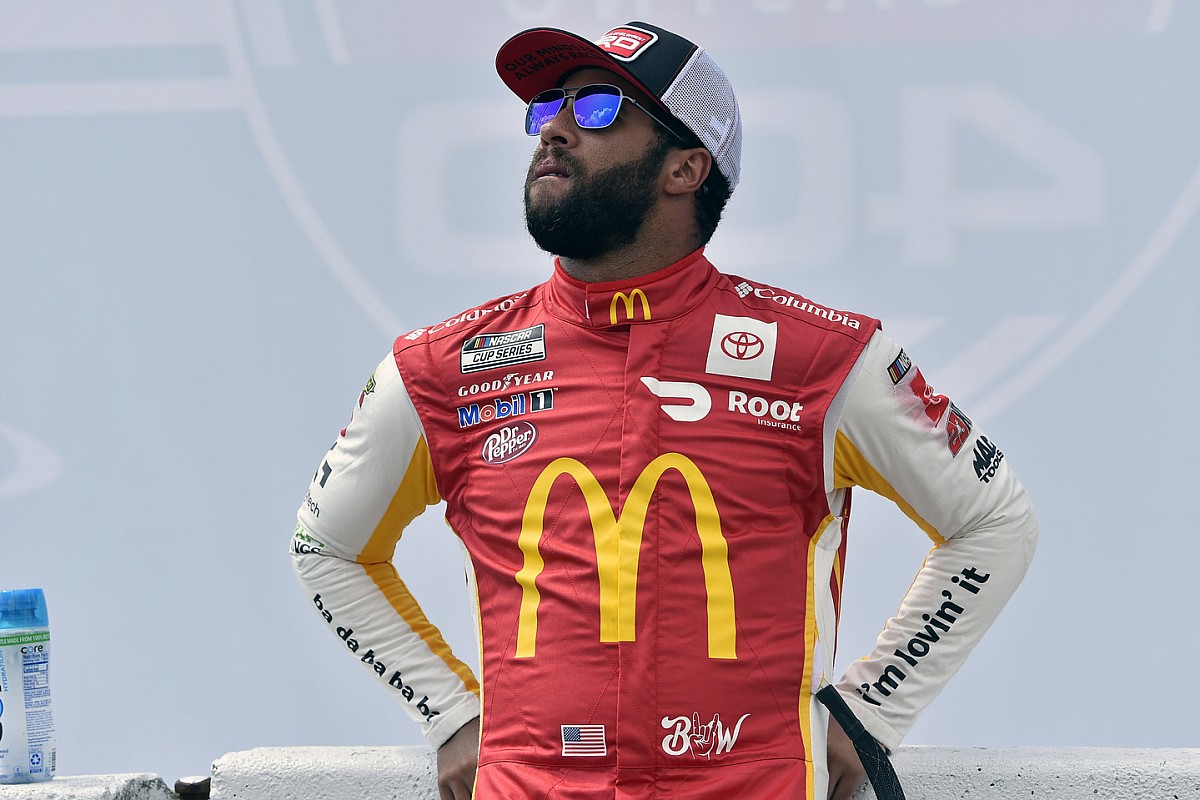 Wallace was scored as leading Brad Kewselowski, Joey Logano and Kurt Busch when the race went yellow for a multi-car pileup, and was then red flagged for rain with three laps remaining in Stage 2.

As half distance has been covered, the race would be official if NASCAR decides not to restart due to continued poor weather conditions.

“I’m a big believer in, when you get a tyre vibration or feel something go wrong, don’t talk about it – it won’t happen,” said Wallace. “I want it to rain, I want that happen, but as far as it being called official, we’ve still got a lot of laps to go, I don’t want to talk about it.

“Super-proud of everyone on this McDonald’s Toyota Camry, we’ve been a decent plate racer and I’ve told my team I want to be one of those good plate racers. Appreciate Brad pushing us and for my spotter.

When asked if he was nervous, he replied: “It takes a lot for me to get excited, I’m good.”

At present, the track is soaked and rain continues to fall so track drying efforts have not yet begun.