NASCAR on LA Clash: “Incredible day for the sport” 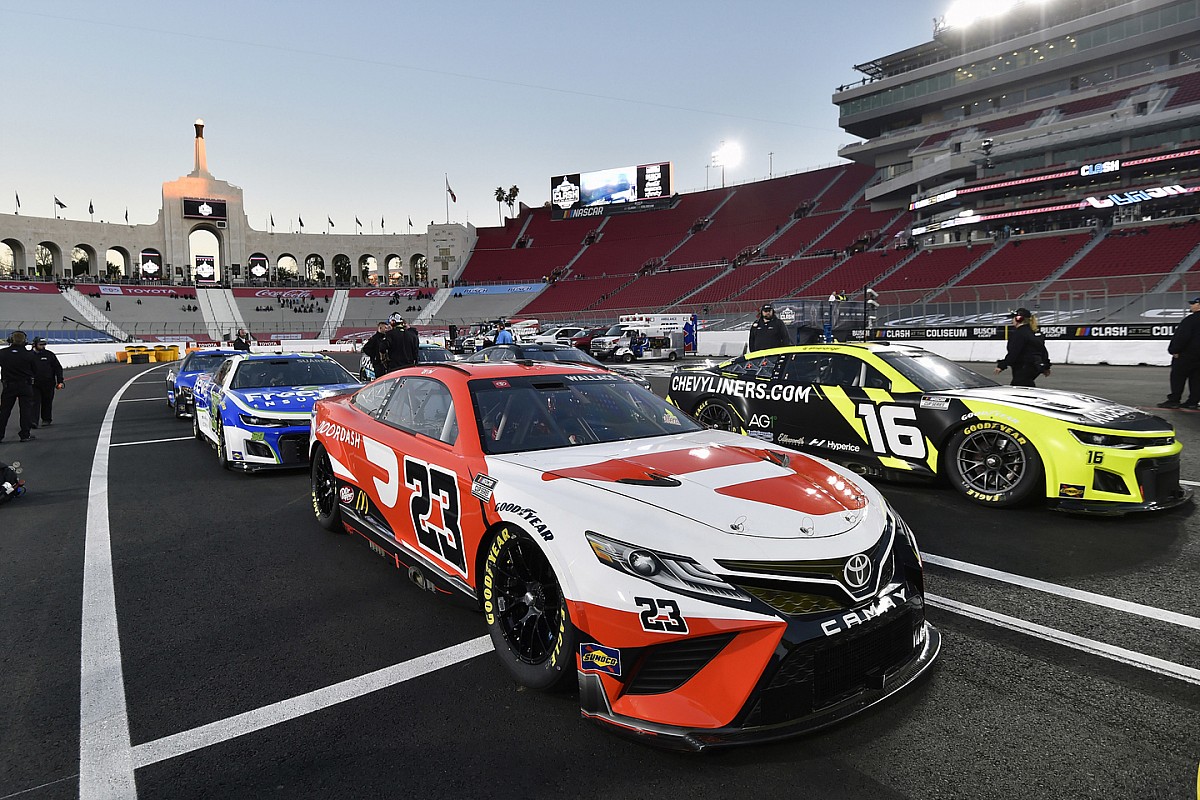 How the weekend went could probably be judged by the questions executives took after the race, which instead of focusing on what went wrong, tended to delve more into how Sunday’s unique event could transform NASCAR’s future.

The Clash non-points event was held at a track other than Daytona for the first time since its inception in 1981 and not a standard racing venue. The race was held on a made-from-scratch ¼-mile asphalt oval built inside the LA Coliseum.

The weekend seemingly could not have gone better – held with perfect weather, in front of a large, boisterous crowd and with Joey Logano winning in the first competitive racing event for the Cup Series’ Next Generation race car.

“I think an incredible day for the sport. Really proud of NASCAR, the industry, everyone coming together,” said Ben Kennedy, NASCAR’s senior vice president of strategy and innovation and architect of the coliseum idea.

“Teams and drivers coming together, rallying around this. Fox has just been tremendous with us, six hours on Fox today. I think this will be great as we look to kick off our season in two weeks for the Daytona 500. Really good day, proud of the sport today.”

There were many questions entering this weekend – the answers to which weren’t likely to come until cars actually hit the track.

Among them: How would the Next Gen cars perform in their first competitive race? Would the racing on the ¼-mile oval be competitive or turn into a crash fest as many feared? Would the event serve as a good kick start to the 2022 season?

It seemed the initial reactions were that Sunday’s Clash checked all the boxes.

An event that delivered

“We looked at a number of different venues. Ben and I went on a few road trips. I think Ben’s work getting here with USC, who was a terrific host for us, just seeing the industry not only come together but have fun,” said Steve O’Donnell, NASCAR’s executive vice president and chief racing development officer.

“When you look at this Next Gen car, all the pressure that was on, really the entire industry, all the long hours coming into this, I think a lot of us in the industry forgot that we’re in a pretty cool sport. It is fun to be a part of.

While there were a handful of drivers who had mechanical issues with their cars during the main event, O’Donnell said it didn’t appear they were serious incidents of concern.

“The Next Gen car really wasn’t a story, and I’m happy for that. This is probably the toughest test we could have on the track that we set up in terms of durability, beating and banging, driveline, different things,” he said. “We’ll learn from that. All in all, really successful debut for the car, as well.

“We’ll kind of look through each and every car, not only those but the incidents we had, impacts on the wall, what broke. You saw a lot of cars that historically, if we ran this race last year with the old car, would have been out with tire rub, tire damage.

“That’s a positive. Any part or piece we see an issue, we’ll have a big debrief, get on it, fix it. Still a little bit early on that one.”