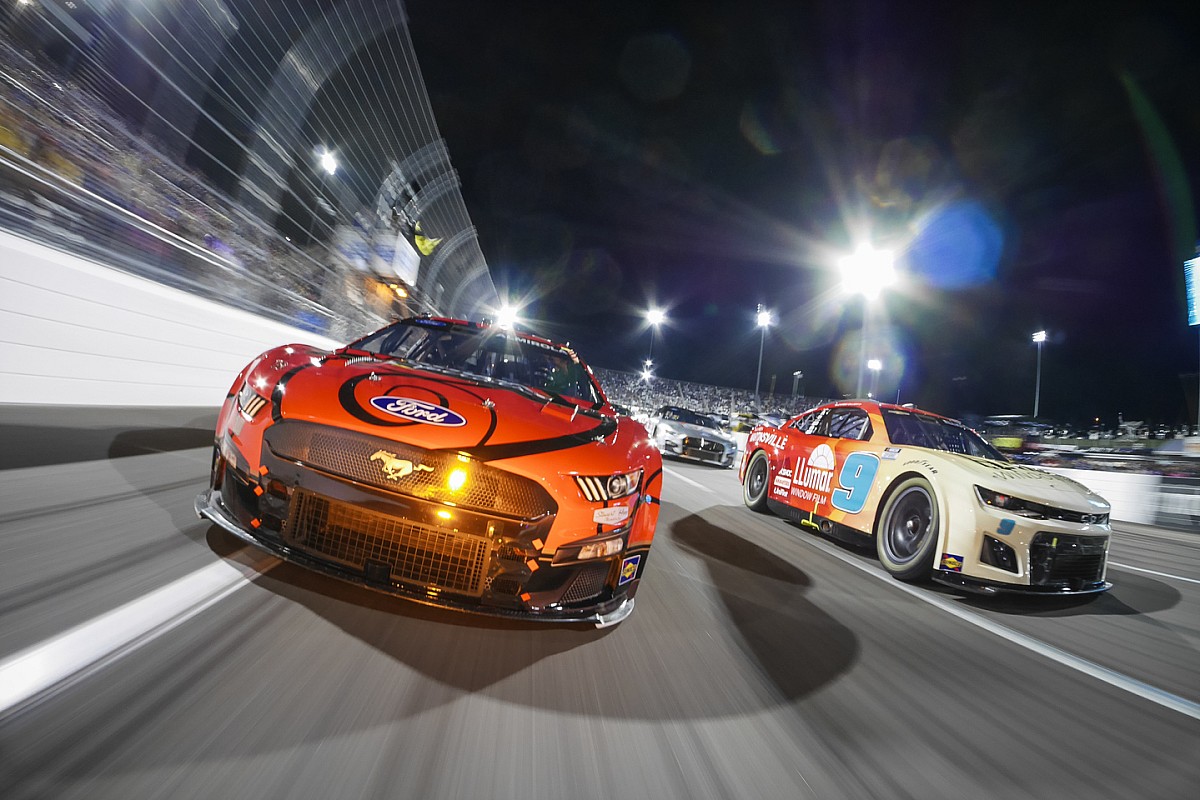 Technically, short tracks in NASCAR competition are on tracks less than 1-mile in length and the Cup Series has just completed back-to-back stops at Richmond (3/4-mile) and Martinsville (.526-mile).

The short tracks are typically some of the most anticipated of the year for fans, due to the close-quarters racing and “beating and banging” that often takes place as drivers battle for position.

While the Next Gen car provided an entertaining on-track experience on superspeedways, intermediate and road course tracks, races the last two weeks on short tracks were lackluster at best.

The Richmond race two weeks ago turned into a tire strategy affair as the lack of cautions (five total, including two stage breaks) and multiple green-flag pit stops left much of the field strung out.

Saturday night at Martinsville turned out to be very similar. There were only four cautions (two for stage breaks), five lead changes and a round of green-flag pit stops – something usually unheard of on the ½-mile track.

Drivers had varying takes on calm nature of the race and difficulty in passing while moving through the field but there was hardly a consensus.

“This car, if you’re directly behind them it’s no secret this car is worse in dirty air. If you’re not directly behind them, you’re able to recover better but it seems like the way cars were into the corner and the way the track wasn’t taking rubber, it just made the bottom be the dominant lane,” said Joey Logano, who finished runner-up to winner William Byron but never led a lap.

“You couldn’t move up the race track or do anything to try to pass them. You really just got stuck.”

Logano’s Penske teammate, Ryan Blaney, agreed with him on the difficulty of racing in “dirty air” but also noted the lack of rubber that was laid on the track surface during the race.

“The left side (tires) just don’t wear on this car,” he said. “That’s just kind of how it is, so I know they’ve been playing around with softer lefts and things like that, so go for it. I mean, go way softer, especially on the lefts and see where it gets you.”

Chilly temps and hard to pass

The unusually low temperatures Saturday night (low 40s most of the race) were cited as a possible reason for the lack of rubber on the track by several drivers, but the same problem was noted at Richmond and that race was run on a Sunday afternoon.

Ross Chastain, who rallied to finish in the top-five after starting 27th, noted the long journey it required to work his way to the front of the field.

“It took 300-something laps just to get where I could see the leaders,” he said. “I don’t even know if we made any adjustments. I don’t think we did, which was incredible because (Friday) we needed a lot.”

While Hendrick Motorsports certainly looked good in Saturday night’s race – Byron became the first repeat winner of the 2022 season and pole-winner Chase Elliott led the first 185 laps – even HMS vice chairman and Hall of Famer Jeff Gordon said he was “surprised” by how the race played out.

“I’ll be honest, we were trying to speculate what was going to happen. I was talking to all the crew chiefs and kind of getting their thoughts, and I don’t think anybody would have guessed that it would have gone (like that),” he said.

“It’s a new car, right, and they’re shifting every lap and it’s easy to lock the left-front tire up, and there’s just a lot of things. I think we all knew it would be deeper in the braking zone, lap times were faster. There wasn’t a lot of (tire) falloff.

“Typically in that situation you would say, ‘Oh, well then people are going to get more desperate to make these banzai moves and then the cautions are going to come,’ or ‘Hey, what do we not know about this car that could kind of bite us today?’ Didn’t see any of that.”

Gordon added he thought perhaps Goodyear had brought “too good a tire” to the track as little tire falloff lends to one-groove racing.

A problem that must be addressed

While there doesn’t seem one common denominator to the issues related to the racing at Richmond and Martinsville the past two weeks, NASCAR should not let the problem go unaddressed.

Certainly, by the time the series returns for second visits to Richmond and Martinsville in the fall teams will have a greater knowledge of the car and find improvements.

However, short tracks are the backbone of NASCAR and typically among the most entertaining races of the year. With the strong momentum with which the sport has started the 2022 season, it’s not time to turn a blind eye.

The similarity in the on-track product at Richmond and Martinsville is too apparent to ignore even if the reasons for it – and ultimately any solutions – may be difficult to identify.