Dale Earnhardt Jr. and Dale Sr. became the seventh father-son duo in the NASCAR Hall of Fame after Junior’s induction on Friday night. Dale Sr. was part of the inaugural class in 2010.

Earnhardt Jr., 47, was introduced by his wife Amy. “My eyes are already watering,” he said as he accepted the honor. He then congratulated his fellow inductees and invited Farmer onto his podcast, the Dale Jr. Download.

Earnhardt’s career as a driver includes two NASCAR Xfinity Series titles and 24 race wins. In the Cup Series, the title eluded him but not Victory Lane. He won 26 races including two Daytona 500s, putting him 32nd on the all-time list. The 15-time Most Popular Driver also won the All-Star Race in 2000.

As an owner in the Xfinity Series, he has enjoyed even more success with 58 wins and three driver championships. Off track he has continued to be an active presence in the sport and currently works in the NBC broadcast booth as a NASCAR on NBC analyst.

“I really want to thank nascar for giving me a place where i can make a living,” Earnhardt said in his acceptance speech. “I’m grateful for every employee, every race track official, every chicken seller, every weekend volunteer, every crew member, every competitor — anyone who has ever invested their team in this sport to make it great.”

That was theme of Earnhardt’s time on stage. He spent more time celebrating others than himself, including Mike Helton, Tony Eury Sr. and his sister Kelley Earnhardt Miller.

Mike Stefanik, who died in a plane crash in 2019, was honored by his wife Julie in the final speech of the night.

The Modified racer won nine titles in his career — seven in the Modified tour and two in the old Busch North Series. Only fellow Hall of Famer and Modified legend Richie Evans has reached nine NASCAR titles.

“This is a huge honor, and I know Michael would have been very humbled,” Julie Stefanik said of her husband. 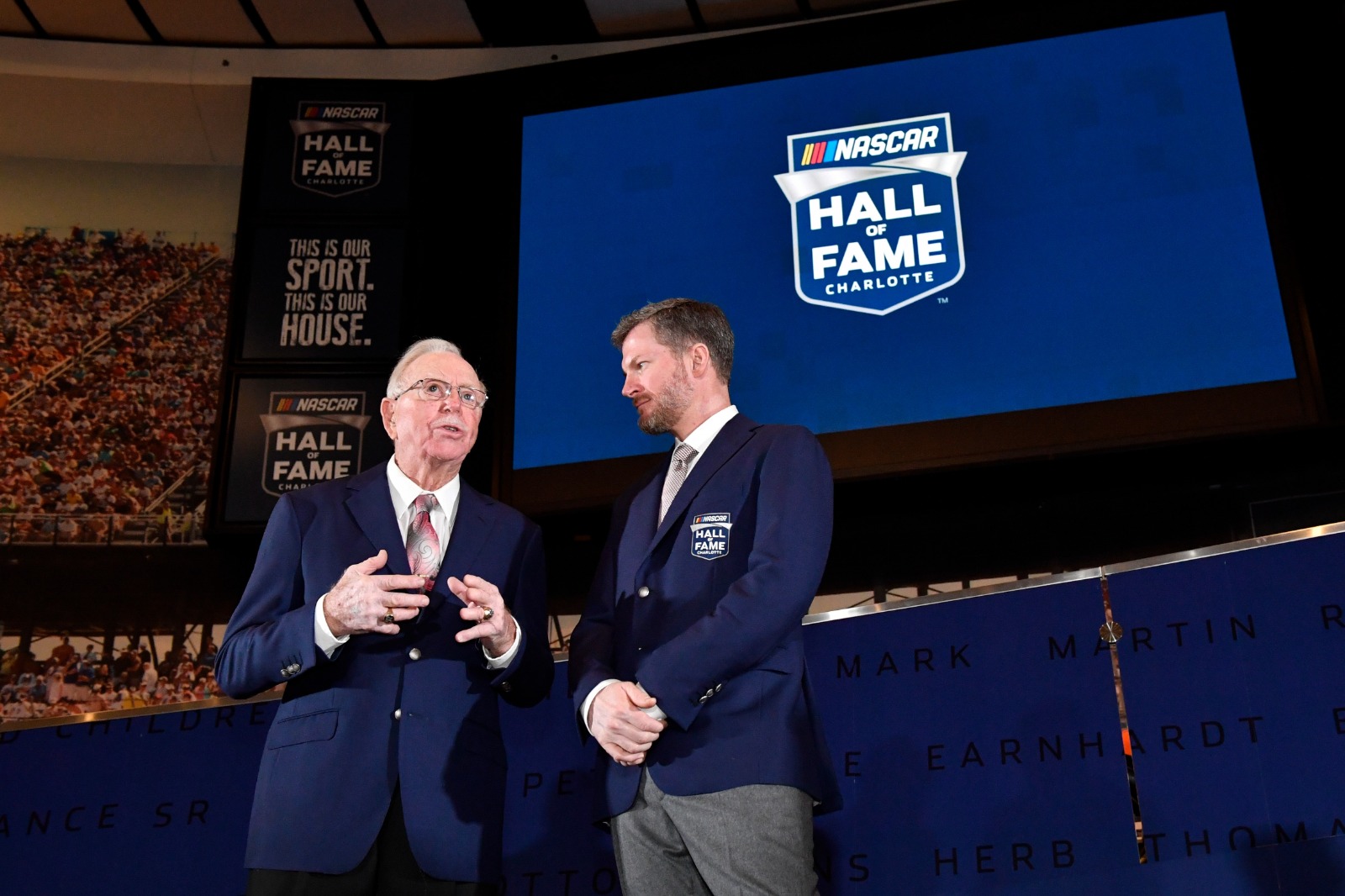 Red Farmer is a name known around short tracks nationwide. The legendary member of the ‘Alabama Gang’ has won upwards of 1,000 races in his career.

“He doesn’t know how to be quiet in a deer stand — I can tell you that,” Tony Stewart said said as he introduced Farmer. “But his stats speak for themselves. He’s a racer’s racer and he deserves to be in the NASCAR Hall of Fame.”

Farmer was the star of the evening, telling many stories during his 20-minute speech, which earned him an invite to Dale Jr.’s popular podcast.

Farmer’s NASCAR stats can be deceiving. He ran just 36 Cup races with no victories, but the 89-year-old didn’t want to be an “also-ran” at the sport’s highest level. Instead, he made a name for himself at short tracks across the United States and racked up hundreds of trophies and honors during his incredible career.

This is the tenth Hall of Fame that he has been inducted into and said of the honor: “If these Hall of Fames were a Christmas tree with all the ornaments around it, this NASCAR award would be the gold star on top of that Christmas tree.” 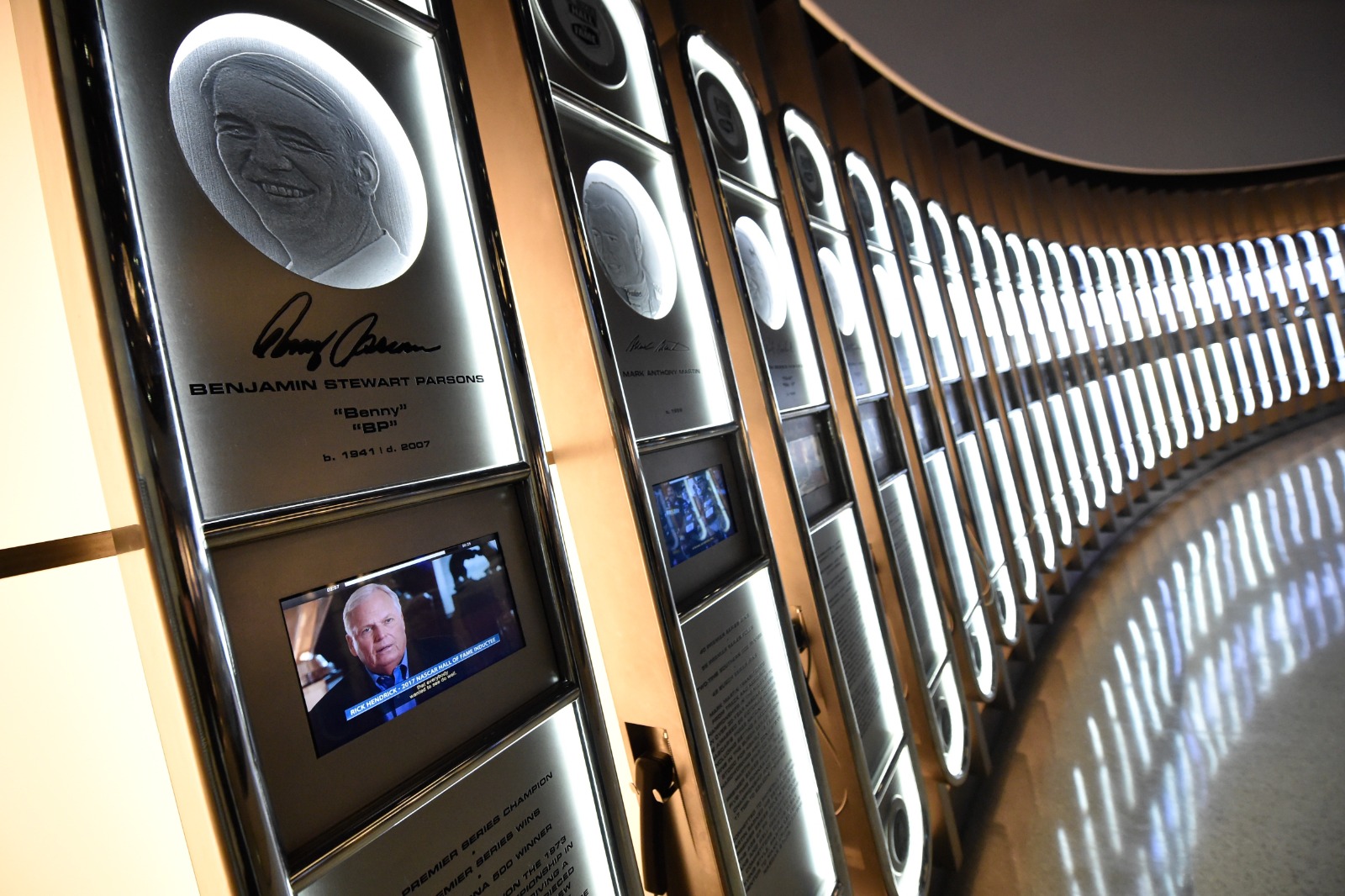