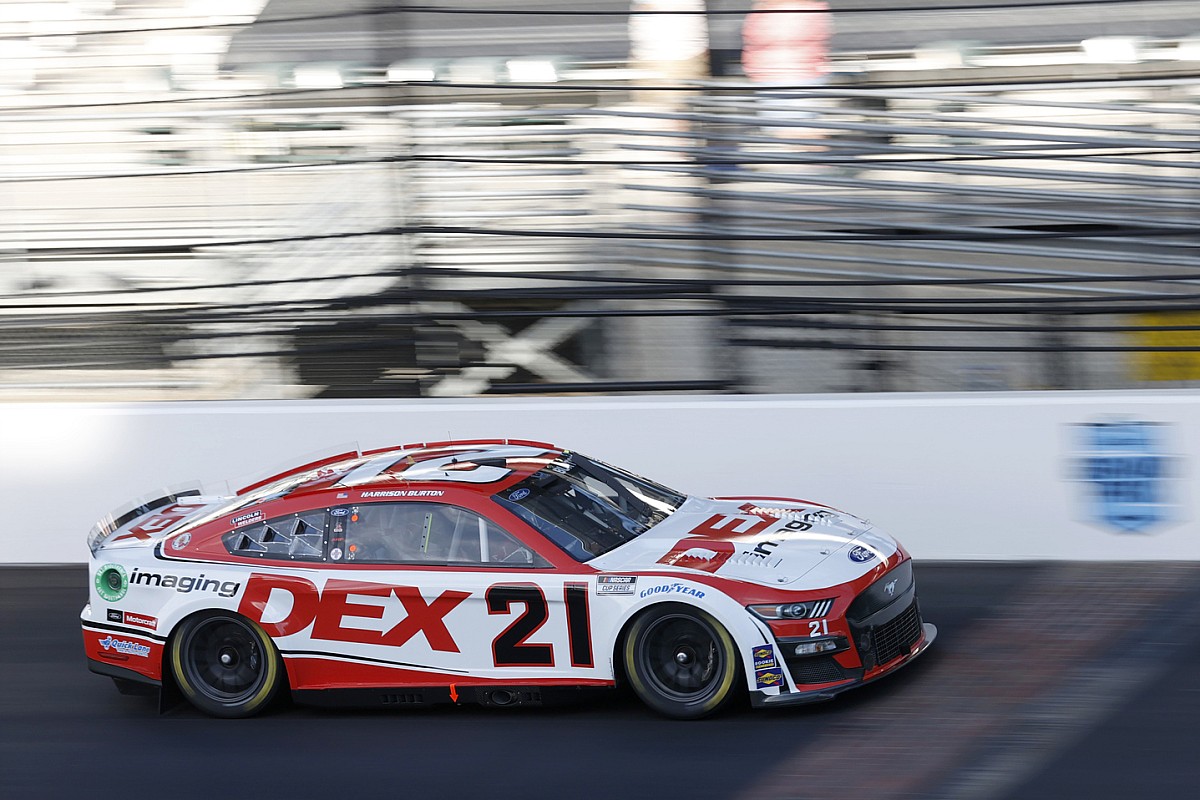 While a number of the series’ veterans took each other out on the track or tried four and five-wide moves into Turn 1, some of younger drivers stayed out of trouble and finished in the top-five.

After NASCAR penalized Ross Chastain for cutting the course and dropped him to 27th, rookies Austin Cindric, Harrison Burton and Todd Gilliland claimed second through fourth.

It was career-best finishes for Burton and Gilliland while Cindric won the 2022 season-opening Daytona 500.

Sunday’s race was just the second time in series history (outside of the very first race) three rookies placed in the top-five. The first time was in 1999 at Pocono Raceway.

“There was a few things I was good at but I needed the whole track to do it and I kind of struggled a bit, probably a little lower than my expectations were today, but those restarts, survival, holy crap,” Cindric, 23, said.

“All I can say is ‘wow.’ There’s no other sport, no other form of racing other than NASCAR that you’re going to get that.”

Burton, who previous best finish this season was 10th three weeks ago at Atlanta, said he wouldn’t have expected a third-place entering the weekend.

“Just a lot of aggression on the last restarts and putting myself in good positions. At the end of the day, it was – honestly, we weren’t doing our job at the start of the race,” he said. “We kind of didn’t execute well.

“I made a mistake, spun out, got into (Cole) Custer there. Was kind of pretty upset midway through the race, and then just got our heads down, came in, got tires and started picking guys off and restarted in a good spot to kind of go get some more.

“Proud of our team to keep persevering through those hard moments.”

Burton, 21, said Sunday’s finish shouldn’t mean a podium finish is possible every week but he and his No. 21 Wood Brothers team would certainly try for it.

“We have to step and get top-10s more often and top-fives and build,” he said. “In the beginning of the year that was our plan from the start. It was, ‘We’re nobodies right now in the Cup Series.’

“Everyone in this series has won Xfinity Series races, Truck Series races. They’re all really great. You haven’t done anything special and you’ve got to come prove it when you get here.”

A strong showing for FRM

“This rookie season has been really tough. The Cup Series is hard. I’ve learned that,” Gilliland, 22, said. “It’s easy to give up and that’s one thing, too. You have confidence when you come to the Cup Series, but you get beat down quick.

“That’s really our best weekend start to finish by far, so hopefully that’s just something to build on. For me, that’s a lot of confidence.

“Road course racing is tough, too. I’ve always loved it, but it hasn’t really loved me so much this year, especially the first time here at Indianapolis. That’s really cool.”