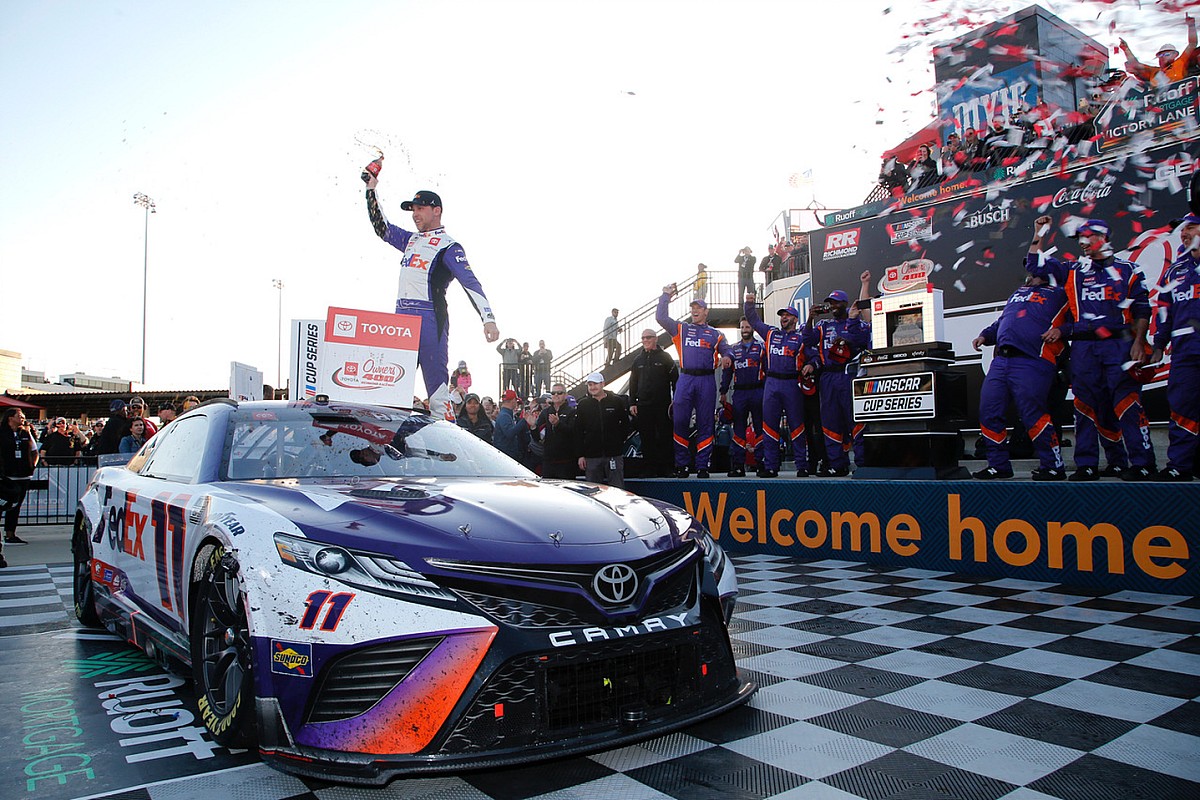 Richmond Raceway came down to a battle of varying strategies as William Byron tried to fend off Martin Truex Jr. while Denny Hamlin and Kevin Harvick hunted them both.

With just four laps remaining, Hamlin completed the pass for the race lead and then held off Harvick to snap a string of bad races with a much-needed victory for Joe Gibbs Racing and Toyota.

Ryan Blaney led the most laps at 128, and won the first stage, but finished seventh. Truex, who won the second stage, ended up in fourth.