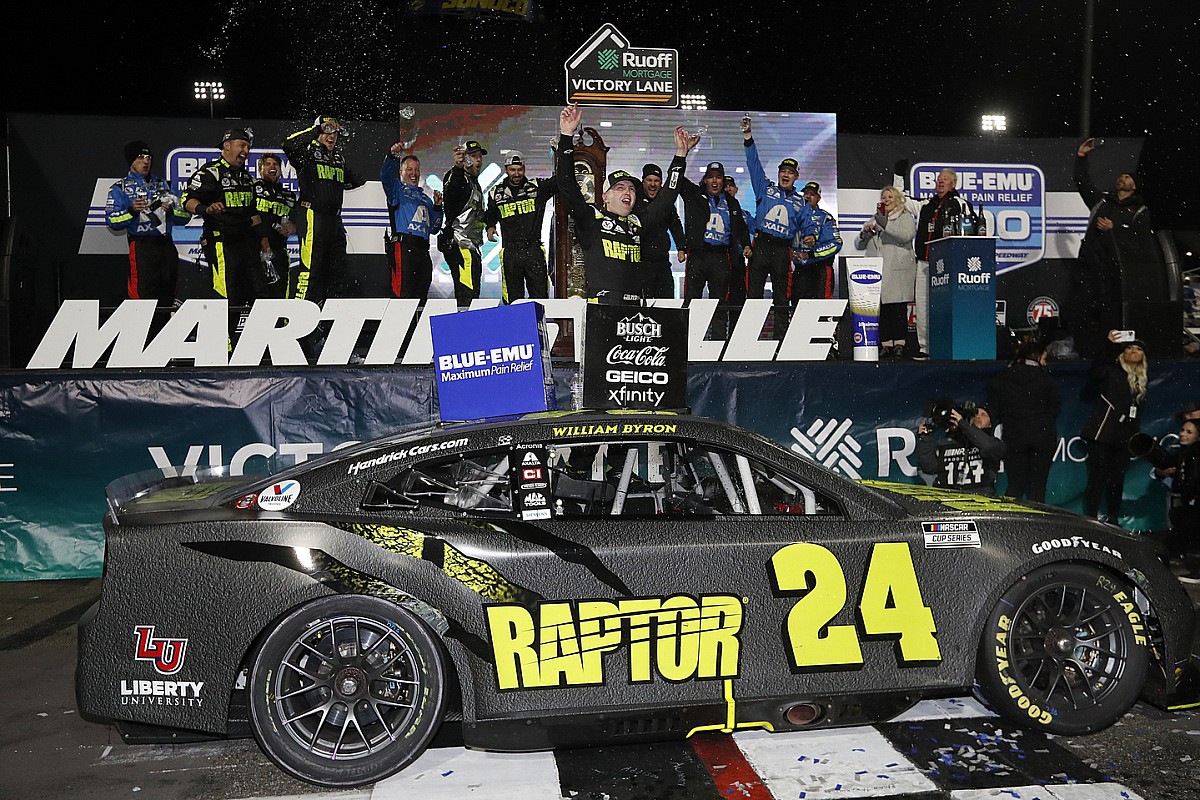 In a race that saw not a single green-flag pass for the lead (excluding pit stops), Byron was untouchable.

He led 212 laps after taking the lead from teammate Chase Elliott on pit road following Stage 2. Elliott had won both stages before that.

Byron becomes the first repeat winner during the 2022 season after seven different winners in the first seven races. His other victory came at Atlanta Motor Speedway. Byron also won the Martinsville Truck race on Thursday.