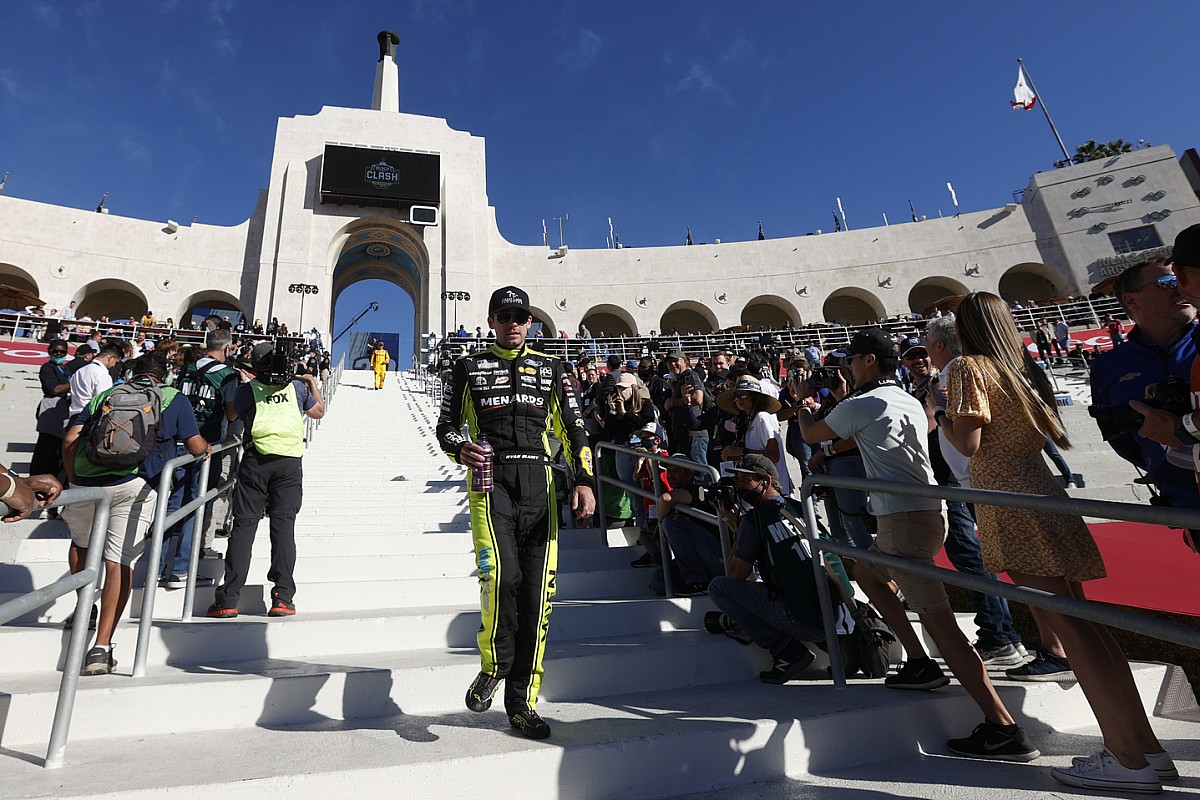 The race, held on a made-from-scratch ¼-mile asphalt oval built inside the Los Angeles Memorial Coliseum, had served as the official season opener at Daytona each year since its inception in 1981.

This year the race had a new venue, new time slot – two weeks before the Daytona 500 – and also featured the racing debut of the NASCAR Cup Series’ Next Generation race car.

According to Nielsen Media Research, Fox TV earned a 2.32 rating and 4.283 million viewers for Sunday’s Clash – a 168-percent increase in viewership from last year.

It was also the highest viewership for the event since 2016, when it was also broadcast on Fox and called the Sprint Unlimited.

In addition, the heat races held earlier Sunday used to set the field of the main event earned an average 2.56 million viewers, making it the top qualifying telecast since qualifying for the 2016 Daytona 500.