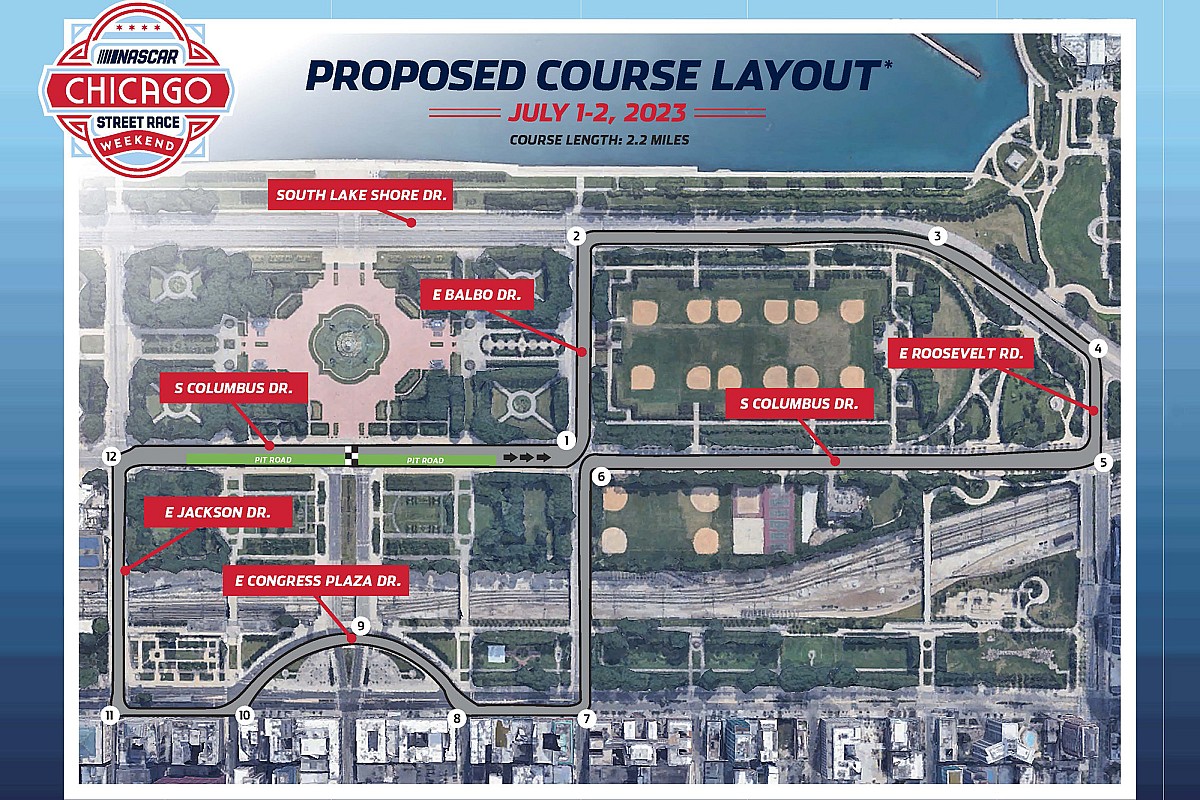 After much speculation, it’s now confirmed that NASCAR will take on the streets of Chicago, Illinois.

Previously, NASCAR’s only race in the state was at the 1.5-mile Chicagoland Speedway oval, but the series stopped racing there after the 2019 season.

It’s understood that the Chicago street course race will replace Road America on the schedule and be run on Sunday, July 2, 2023. IMSA will join NASCAR that weekend in Chicago as a companion event.

“Like the Busch Light Clash at the Coliseum, we seized an incredible opportunity to add an unprecedented element to our schedule and take center stage in the heart of another major metropolitan market,” said Ben Kennedy, NASCAR senior vice president of racing development and strategy.

“This is the ideal setting for the first-ever NASCAR Cup Series street race. The NASCAR Cup Series Next Gen cars and the IMSA machines will race along the shores of Lake Michigan in downtown Chicago, marking a truly historic moment for our sport. We are very appreciative of Mayor Lori Lightfoot and her team, along with the entire City of Chicago for working with us to make this concept a reality.”

The 12-turn, 2.2-mile street course will take NASCAR through the city with the start/finish line and pit road placed on South Columbus Drive, in the presence of the the Buckingham Fountain. The course will run through Grant Park, and will approach the northern edge of Soldier Field. The track will also run along Lake Michigan on South Lake Shore Drive.

The proposed layout mirrors the one developed by iRacing last year.

“Chicago’s streets are as iconic as our skyline and our reputation as a world class sports city is indisputable,” said Chicago Mayor Lori E. Lightfoot. “I am thrilled to welcome our partners at NASCAR to Chicago for an event that will attract thousands of people to our city. Chicago’s world class entertainment and hospitality industries, coupled with our city’s history as a conduit for sports talent, make us the perfect hosts for this unique event.”

NASCAR raced at Soldier Field back in 1956, the only other time the series raced within the Chicago city limits. The all-new street race joins a wildly diverse schedule consisting of events at superspeedways, intermediate tracks, short tracks, road courses and even dirt.

Illinois Governor JB Pritzker said of the news: “Welcoming yet another NASCAR event to Illinois just weeks after the inaugural Enjoy Illinois 300 Cup Series race is a testament to the strength of our tourism industry from Chicago to Metro East. Illinois, with its longstanding tradition of innovation, is a fitting host for NASCAR’s first-ever street race, and we are thrilled to welcome this new series to America’s most iconic drive next summer.”