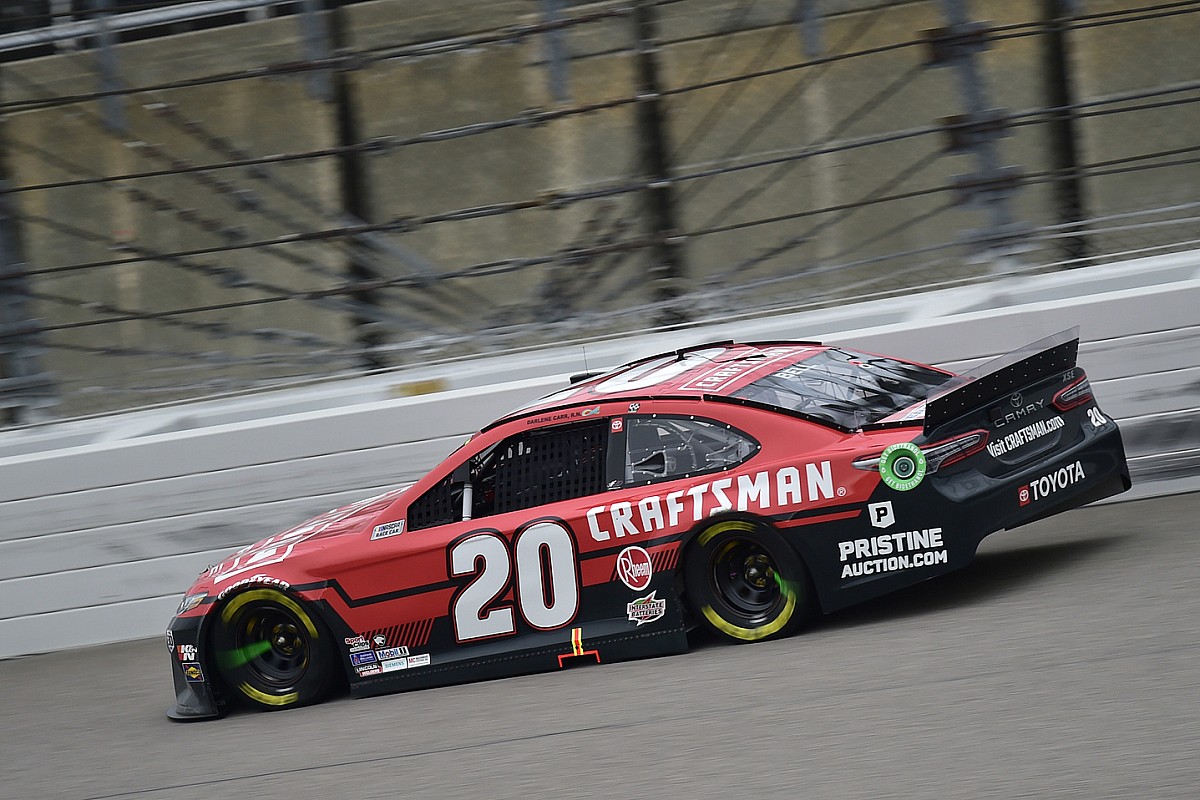 Adam Stevens, crew chief for Cup series driver Christopher Bell and the No. 20 Joe Gibbs Racing Toyota team has been suspended from this weekend’s race at Martinsville, Va., and fined $20,000.

The No. 20 was found to have two lug nuts not safe and secure following last Sunday’s race. JGR has already designated team race engineer Tyler Allen as the interim crew chief for Stevens this weekend.

In addition, crew chiefs Paul Wolfe (driver Joey Logano) and Johnny Klausmeier (driver Aric Almirola) were each fined $10,000 for having one lugnut not safe and secure on their respective cars following Sunday’s race.

In the Xfinity Series, three members of Our Motorsports’ No. 23 team – crew chief Kenneth Roettger, crew member Robert Anderson and car chief Drew Beason – have all been suspended for four races after the No. 23 lost ballast on the track during last Saturday’s race.

Patrick Emerling was driving the No. 23 last weekend. With only two races remaining in the 2021 season, the Our Motorsports suspensions would be carried over into the 2022 season.

In addition, crew chiefs Jason Trinchere and Jeff Meendering were each fined $5,000 for having one lug nut not safe and secure on their respective cars following last Saturday’s race.