The penalties stem from incidents which took place in the Michigan International Speedway garage during and after the race and later that night at the Statesville (N.C.) Municipal Airport.

Kevin Reed Jr., who has worked in several positions at Venturini Motorsports, received the harshest penalty. He was indefinitely suspended from the series and fined $1,500.

Kevin Reed Sr., who was listed as crew chief for VMS driver Gracie Trotter at Michigan, was fined $500 and placed on probation for the remainder of the 2021 season.

Dollar, who competed in the Michigan race, was fined $1,000.

Both Reed Sr. and Dollar were penalized for “non-compliant activities” under ARCA’s Member Conduct Guidelines.

On the first lap of the race, Dollar, driving the No. 15 Toyota for VMS got into the No. 46 Ford driven by Thad Moffitt of David Gilliland Racing. Moffitt’s car suffered damage in the incident and was forced to pit under green for tires and other repairs. 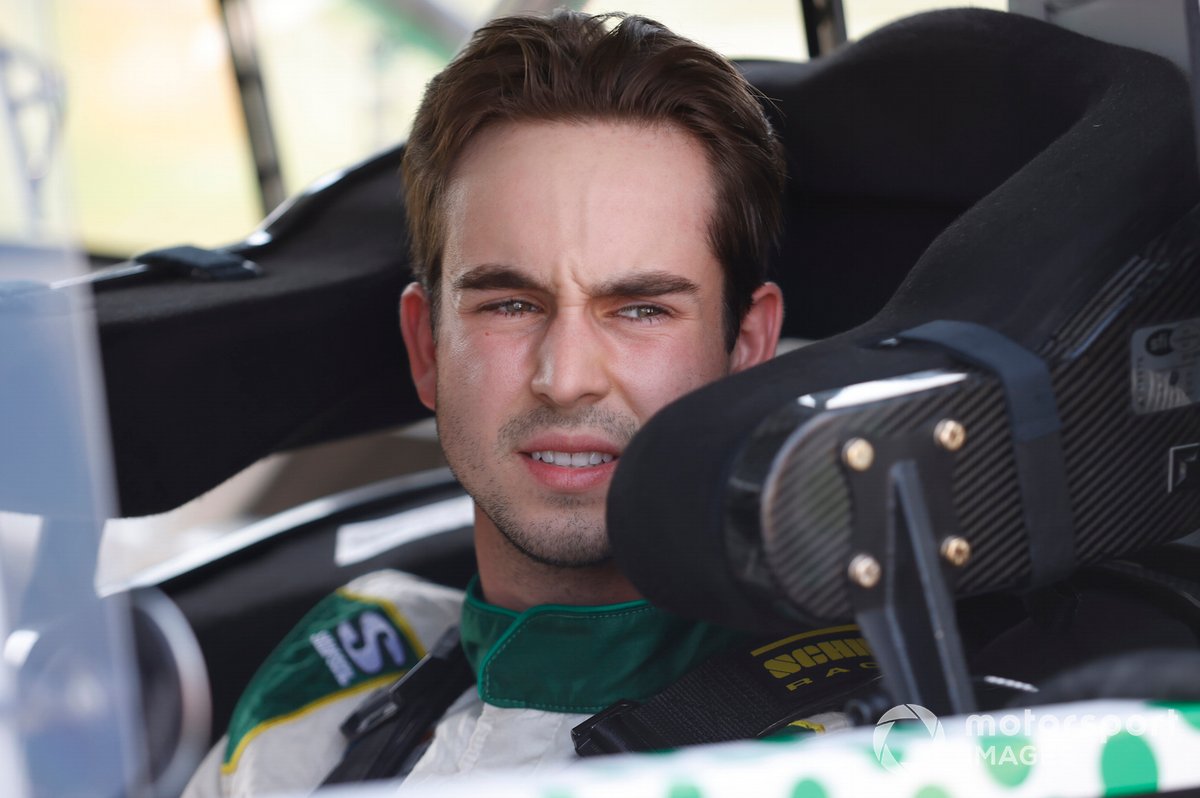 Then, on Lap 21, Moffitt retaliated, driving his No. 46 into Dollar’s car, which sent Dollar up the track and into the on-coming car of Tim Richmond. Both Dollar and Richmond’s cars suffered extensive damage and were knocked out of the race. Moffitt was able to continue.

Incident in the garage

According to multiple witnesses to the event after the race, Moffitt drove his car to the rear of his team’s hauler, where he was met by Reed Jr., who attempted to take the driver’s window net down on Moffitt’s car and reached several times inside the car to get to Moffitt.

Following a loud verbal, obscenity-laced confrontation between members of both teams, ARCA officials were able to break up the group.

Members of the DGR team then discovered sheet metal and tires from Dollar’s damaged car had been put in the hallway and lounge area of the No. 46 team’s hauler and the hauler’s generator was no longer working.

Dollar on Thursday afternoon posted a picture of the tires in the lounge on his Twitter account and indicated that was the reason for his $1,000 fine.

Another verbal confrontation broke out at the airport as both teams prepared to return to North Carolina. According to witnesses, Reed Sr. confronted DGR crew chief, Seth Smith, and issued various verbal threats.

Both teams eventually boarded the aircraft for the trip back to North Carolina and there was no further contact between the teams during the flight.

Once back at the Statesville Municipal Airport, witnesses said Venturini team members were among the first off the plane and Reed Sr. and Reed Jr. appeared to lag back waiting for the DGR team members to deplane.

Again, a verbal confrontation broke out between the teams. As DGR team members began getting in their cars to depart the facility, witnesses said Reed Jr. directed a homophobic slur at them.

Once the Michigan race weekend was over, NASCAR and ARCA officials quickly began an investigation in the incident, conducting several interviews with those involved.

This is the second indefinite suspension for Reed Jr. In 2019 at an ARCA East race at Bristol (Tenn.) Motor Speedway, he was fined $2,500 and indefinitely suspended from the series following his involvement in an altercation with a NASCAR official after given a NASCAR directive.

Requests for comment regarding the incidents and penalties were made to ARCA officials as well as representatives from both Venturini Motorsports and David Gilliland Racing.