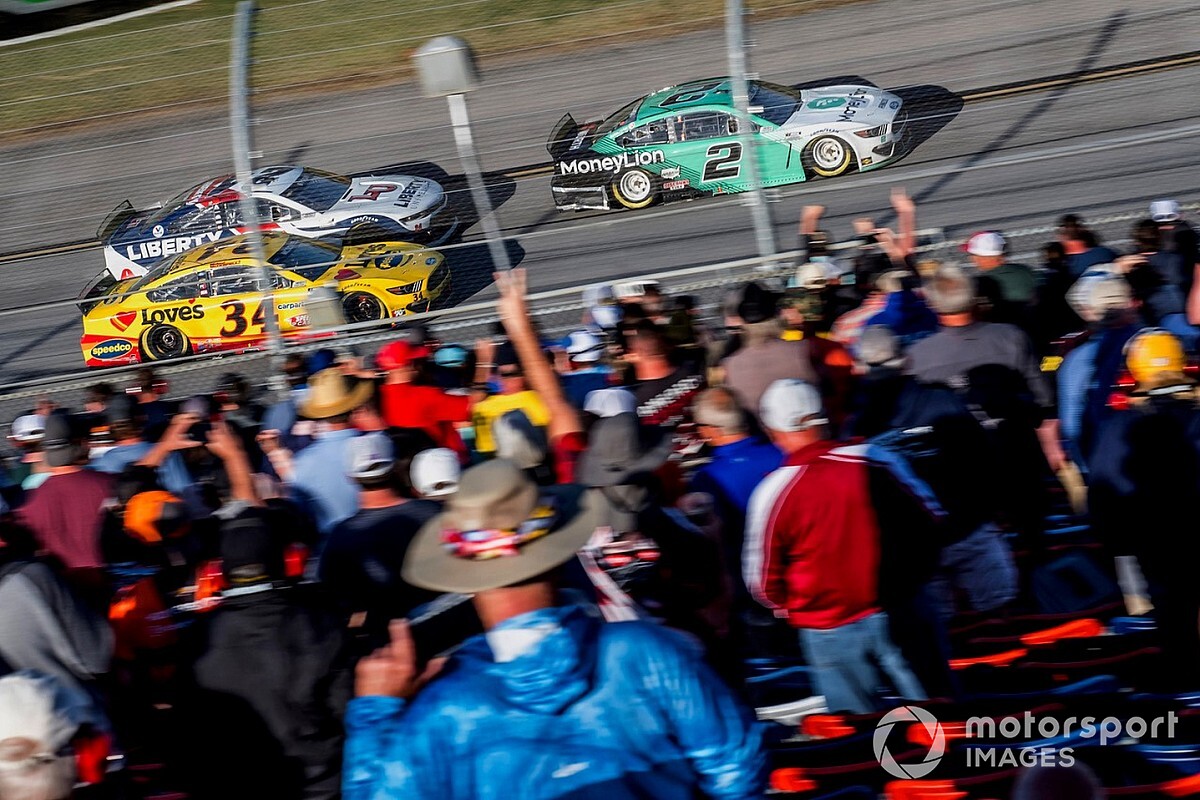 McDowell is enjoying the best season of his Cup Series career with two top-fives, four top-tens and of course, his first career victory in February’s Daytona 500.

The Front Row Motorsports driver has always shined on NASCAR’s two superspeedways with ten of his 16 career top-tens coming at the high banks of Daytona and Talladega.

The 36-year-old is already in position to make the playoffs, but still nearly found Victory Lane once again Sunday. He pushed race winner Brad Keselowski out into the race lead on the final lap, but ended up third after losing his own pusher when he pulled out to make a charge at the win himself.

“I thought we had a shot at it,” he said post-race. “Honestly, I was pretty close to timing it. I just didn’t drag Brad back enough when I got to his right rear. He kind of pulled down, which is good. I was watching the 24 (William Byron) a little bit too much and needed to drag Brad back a little bit more.”

He later added: “I was trying to drag back to the 24 just to get a little bit of gap off of Brad so I could get a run. I was able to do that. Like I said, I think I’ll have to go back and watch it. From what I could tell, I just didn’t drag Brad back enough when I got to his right rear. He did a good job of pulling to the left, kind of getting me off of his right rear.

“It was close. If the 24 would have stayed up with us, we would have definitely had the momentum. We would have got Brad. But I understand, too, the 24 is trying to win the race. You’re trying to look out the front and the back at the same time and make a good decision.”

“Clayton is a huge asset, a big part of our success that we’re having here at these speedway races and everywhere,” said McDowell. “Him and I are gelling together really well. He knows what I need, is able to give me the information so I can make good decisions. He does a great job. It’s been a big step for us this year.

“So much is chemistry and personality and how it all gels and fits. That relationship is very unique and special. It’s taken me a little while to find that. Clayton and I do really well together. We’ve had some success already, so it’s a good package and I’m thankful to have him.”