Matt Kaulig on Daytona 500: “They’re going to wreck like crazy!”

Kaulig’s team has already suffered the biggest Next Gen crash to date, when Justin Haley was wrecked into a concrete wall in the season-opening Clash exhibition race at the LA Colliseum (above), damage from which he admitted has “put us behind a little bit”.

Saturday night’s Xfinity Series race demonstrated the potential for ‘the big one’ at Daytona when Myatt Snider’s car flew up into the catch fencing and was destroyed – with its engine being catapulted from the chassis.

Founder and board member at LeafFilter and Leaf Home, Kaulig – whose drivers Haley and Daniel Hemric start deep in the pack after cautious runs in their Duel qualifying races on Thursday – thinks that the racing won’t be negatively influenced by drivers thinking about the long-term impact of losing a car by getting involved in a huge wreck like Snider’s.

“I think everyone was being a bit careful in the Duels, trying to get a feel for the car, to see what Sunday would be like,” Kaulig told Motorsport.com “It’s clearly different from years past, and I actually think it’s going to be a really good show on Sunday.

“The cars seem to suck up to each other pretty easily, so that’s good for passing, so that means getting a good run on somebody means the temptation will be there to pass. It’s too tempting for these guys to be patient.” 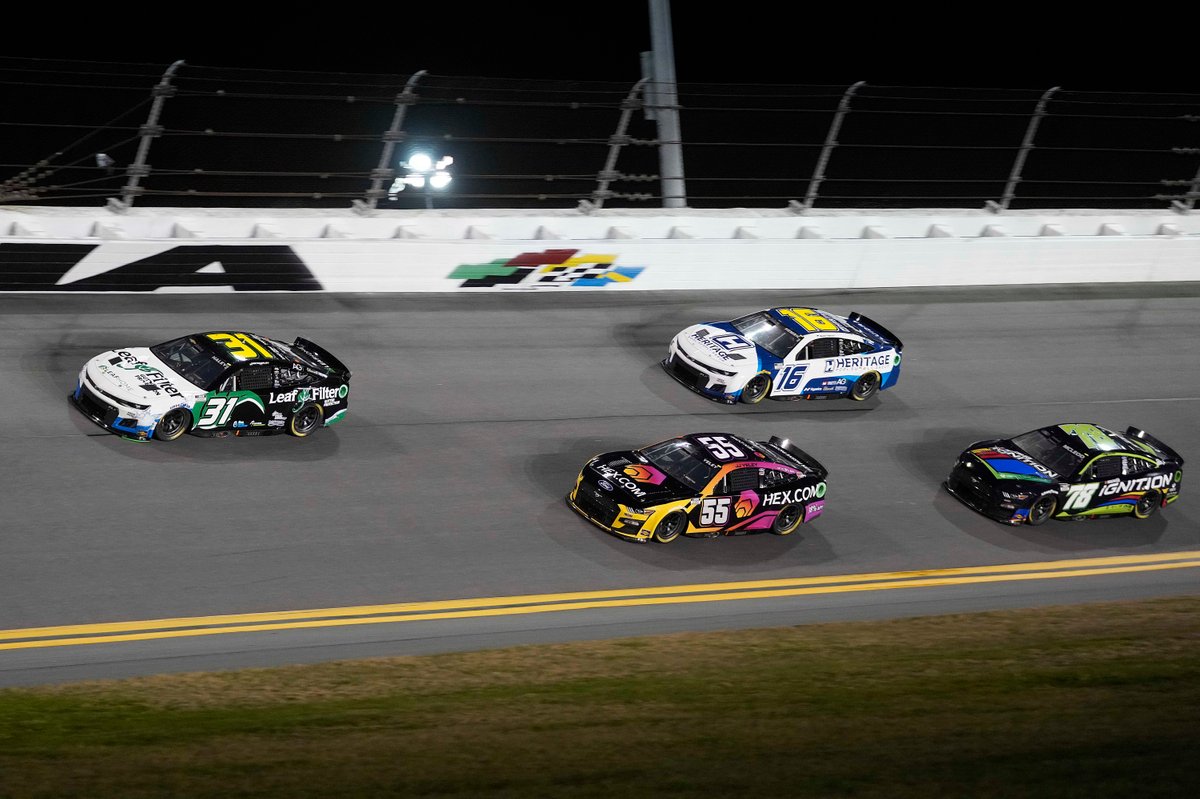 Both Duel races ran caution-free until the very last lap of the second one, when Joey Logano threw a block too late on Chris Buescher and spun himself out – a crash he admitted was a “dumb mistake”.

“Clearly they didn’t mean to do that, it was the last thing they wanted to do,” said Kaulig. “Thursday night was just an example, when [Buescher] was coming hard inside Logano and they wrecked.”

Kaulig thinks that with the Daytona 500 on the line, any thoughts about protecting their cars from damage will be completely forgotten.

“I think on Sunday they’ll race hard,” he said. “The awesome thing about these drivers is that they’re so competitive. They cannot help but race. Every year the 500 is like ‘OK, let’s be patient, it’s 500 miles’ and then they get into it and the competitive juices start to flow.

“The drivers also have to get used to judge how quick someone is coming at them, if they’ve got time to get down and block. They even have to get used to the mirrors, we have a digital rearview mirror now, so now they’re looking through a camera lens.

“So it’s all a learning process with this new car.”

Daytona is also the most strategic race of the year, from a manufacturer point of view in terms of drafting partners, and Kaulig says he is all-in with Chevrolet’s plan to ensure one of its cars wins today.

“We are definitely Team Chevy,” he declared. “And that matters here more than anywhere, we have a strategy as a manufacturer and Chevrolet has done a really great job and I’m proud to work together with their other teams.

“We’ve all agreed to work together and everyone gets along really well. We just want to see a Chevrolet in Victory Lane.”