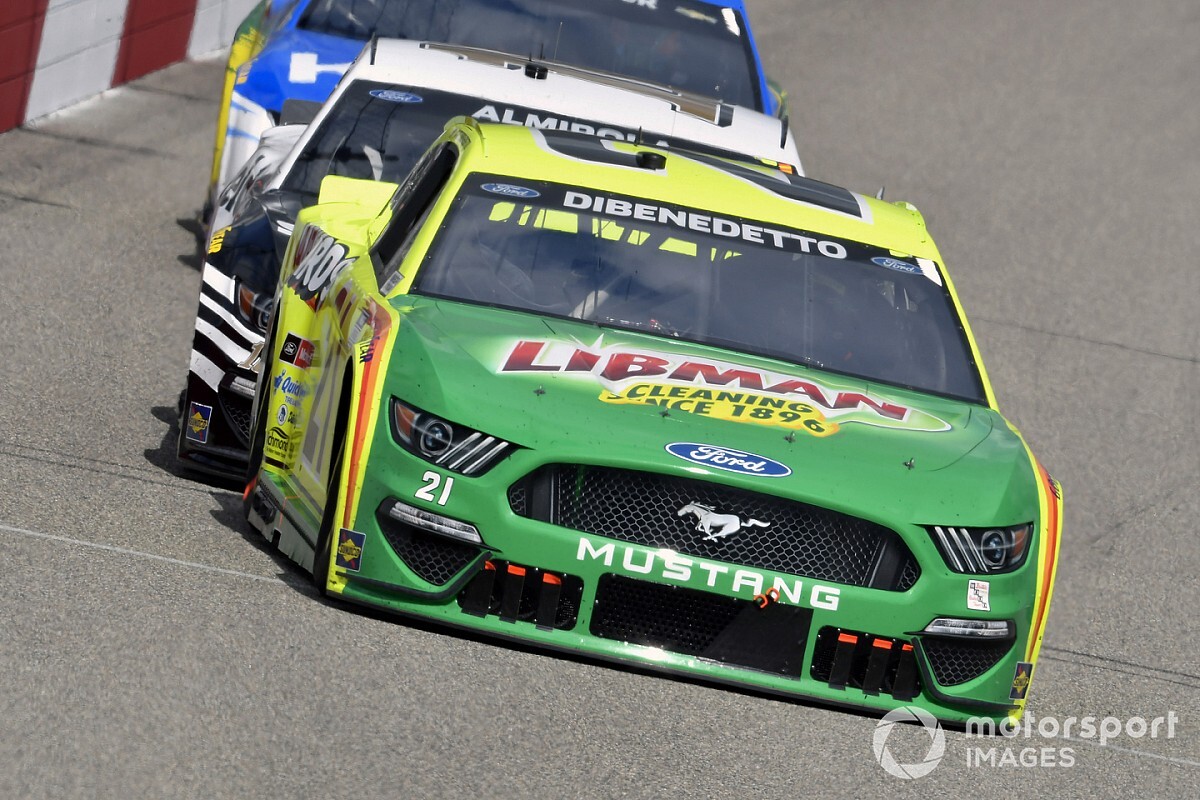 After starting the season with three finishes of 28th or worse, DiBenedetto was mired 35th in the NASCAR Cup Series driver standings.

Over the next four weeks, the team have put together better finishes and finally broke through with their first top-10 finish Sunday at Richmond (Va.) Raceway.

DiBenedetto, 29, had fallen a lap down before the final caution of the race but took the wave-around and over the final 10 laps rallied to a ninth-place finish.

“It definitely feels long overdue that we got that top-10 finally, so that’s good. We’ve had some rough circumstances that sort of put us in a hole to start the year, but we knew that we have plenty of speed and obviously a great team,” DiBenedetto said.

“It was good to come here and at a track that I really wouldn’t consider one that I have a ton of success at in the past, so that was definitely rewarding. It was a day full of just no forgiveness.

“You couldn’t have any mistakes at all, so we started the race and we’re too far off. We worked on the car a little bit and made the right calls and got great breaks and once we got track position and got up in the top-10, we had no problem staying up there.”

Back into playoff contention

The strong finish allowed the No. 21 team to move from 23rd to 18th in the series standings. Perhaps more importantly, DiBenedetto had the opportunity to showcase the speed and potential that has existed on his team since the season started.

“I’m glad we’re finally getting on track and the runs that we deserve. We started the year and just was nothing of our doing. We couldn’t even look at it and say they were self-inflicted, it was just kind of bad circumstances,” DiBenedetto said.

“We haven’t even really had smooth races until today, but we’ve still been climbing up in the points. It just shows the strength of our team. It’s rewarding to finally get that top-10 and be climbing up there in the points, digging out of that hole and doing what I’ve known all along that we’re more than capable of as a team.”

With eight different winners in the first nine races, it’s likely there will be fewer positions filled in the 16-driver playoff field based only on points.

A win in any race can lock the No. 21 team in but DiBenedetto admits trying to get in on points with their slow start to the year will be “tough.”

“There’s just a lot of guys that have won races and taken up some of those spots for the playoffs, so it makes it extra challenging. I know that we can keep on hitting our stride, running consistent, having consistent runs,” he said.

“Consistency is everything, so if we can do that, I have confidence we can climb up in the points where we belong because we’re just kind of getting going. All of these races from here until the playoffs we don’t really have any margin for error at all.

“Hopefully a win would be the best-case scenario, but we’ve got to just focus on consistency.”