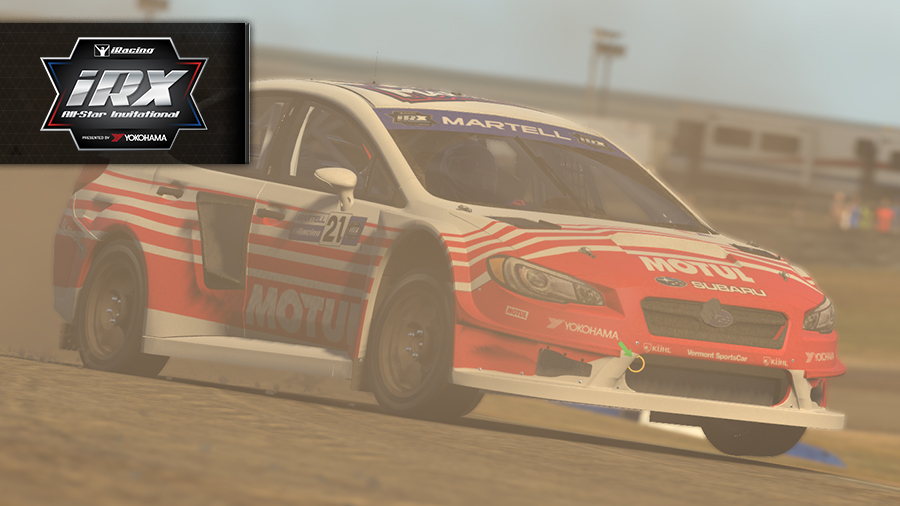 Two familiar faces found their way onto the top steps of the podium in Tuesday’s iRacing Rallycross All-Star Invitational presented by Yokohama action, as the celebrity racers and top sim racers again found themselves on two different circuits. American rallycross standout Conner Martell scored the win at Sonoma Raceway in the first race, while defending iRX World Champion Yohann Harth triumphed in a feisty battle with Jonne Ollikainen in the second race from Atlanta Motor Speedway.

No drivers did a better job of surviving the first-corner mayhem of the Sonoma final than Sivert Svardal and Scott Speed, who dodged and outran the contact behind them to settle into first and second on the first lap, with Martell straightening out to settle into third. Speed would make the pass for the lead on Lap 2, but Martell would Joker three laps later to lead the final six. Speed would continue to hold off Svardal, but defending RX2 champion Henrik Krogstad would turn the fastest lap of the race on Lap 9, and then save his Joker for the last lap to jump from fourth to second.

“We had a really good day overall,” said Martell. “It’s not a bad thing going into the LCQ because everything’s inverted, so we knew we could get a good position in that and have a great position in the final. We had a really good start, got a lot of contact in the first two turns, but somehow managed to keep it pointing straight and running third. I wanted to keep in clean air, and I finally got out front and just kept running my race.” 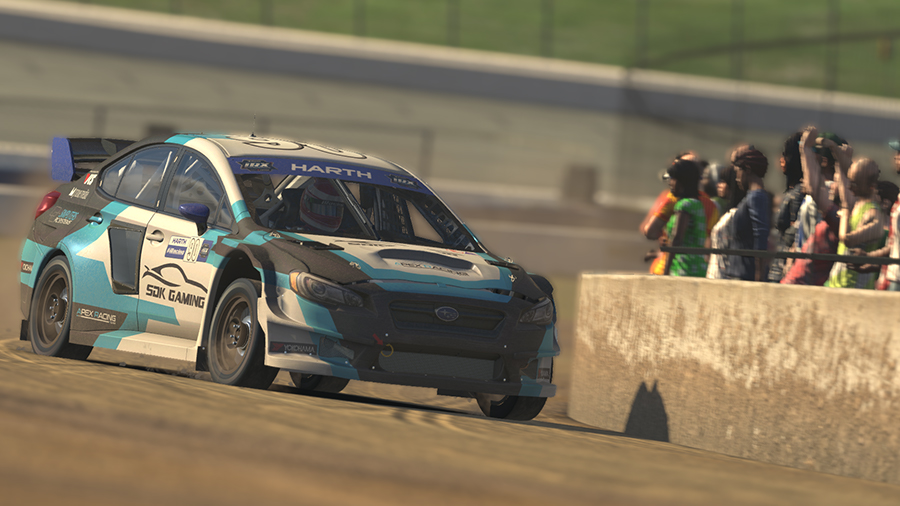 After its own set of mayhem in heats and LCQs, the Atlanta final saw nine former iRX World Championship drivers joined by Porsche TAG Heuer Esports Supercup regular Kevin Ellis Jr. to set the 10-car grid. Harth would lead all 10 laps thanks in part to an early Joker, but Ollikainen didn’t make it easy by any means; the duo were side by side battling for the top spot after the Finn took his own Joker at the midway point of the race. Jake Robertson appeared well on his way to taking his first podium in third, but his brother Jon—the iRX World Championship winner at Atlanta last year—would steal the final podium spot with a late Joker of his own.

Pro and celebrity racer results from the iRX World Championship presented by Yokohama final at Sonoma were as follows:

Sim racer results from the iRX World Championship presented by Yokohama final at Atlanta were as follows:

The iRX All-Star Invitational presented by Yokohama concludes on June 1 at 5PM ET at Charlotte Motor Speedway. Time Attack sessions from Charlotte will run from May 25-28, with the top performers receiving an invitation to run the broadcasted event. For more information on iRacing and for special offers, visit www.iracing.com.