Logano: Rain tires on ovals “not as simple as we all think it is” 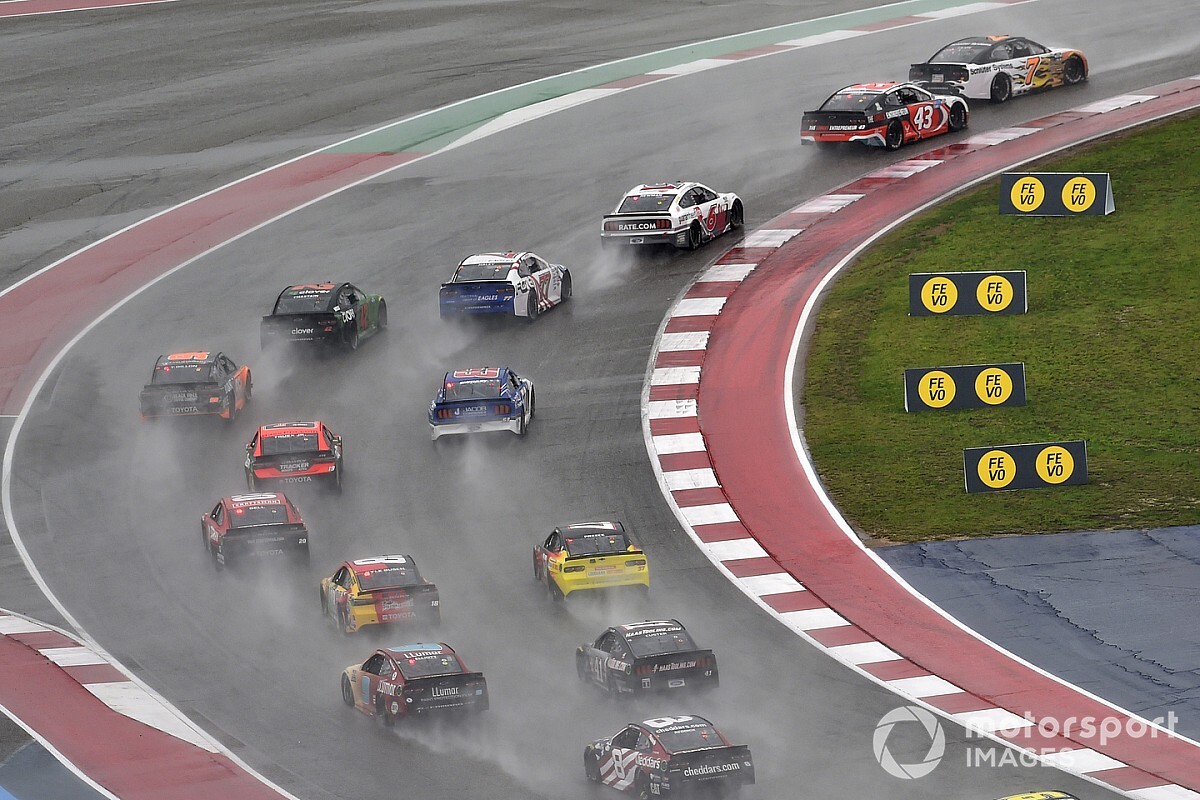 In late March, NASCAR tested rain tires for the first time on an oval – the .526-mile Martinsville (Va.) Speedway – to see if they could be utilized in damp conditions and help speed up the track drying process.

This week’s test was conducted at the ¾-mile Richmond (Va.) Raceway.

“I think we learned some things. It’s not as simple as we all think it is. Go figure, right?” he said. “Everything is a little more complicated than it looks on the outside, but I think after COTA race the main thing was not the tire.

“The tire’s got pretty good grip, it’s about the spray, the mist. You can’t see the vision and that’s what we had to fix.”

Dealing with the spray

Logano said at the suggestion of himself and other drivers, NASCAR allowed the participating teams to bring a version of a mud-flap to test their feasibility.

“We went out there and learned a lot. The mud flaps kind of adjust the spray, but it doesn’t completely eliminate the spray, so we need to try to figure that out, but I think the biggest things we realized is when we put slick tires on it,” Logano said.

“Slicks were obviously very slick. The cars were undriveable but there was no spray, so that means it’s coming from the treads on the tires. So, maybe there’s a less aggressive tread pattern that, one, allows us to have grip. We need to have that as well, but maybe can eliminate some of the spray.”

Logano said understanding the goal of the test will help yield the best results.

“Maybe the goal is different than what we think. Maybe it’s not that we’re racing in downpouring rain, but maybe we can race on those race tracks when it’s still damp and go out there and race then, and the track dry off quicker and not have fans sitting there waiting for the track to dry,” he said.

“The Air Titans (track drying equipment) are great, but they’re not that entertaining, so trying to get the race back going is probably the No. 1 goal and probably the most achievable goal at this moment.”