Logano ‘happy to be alive’ after airborne crash at Talladega 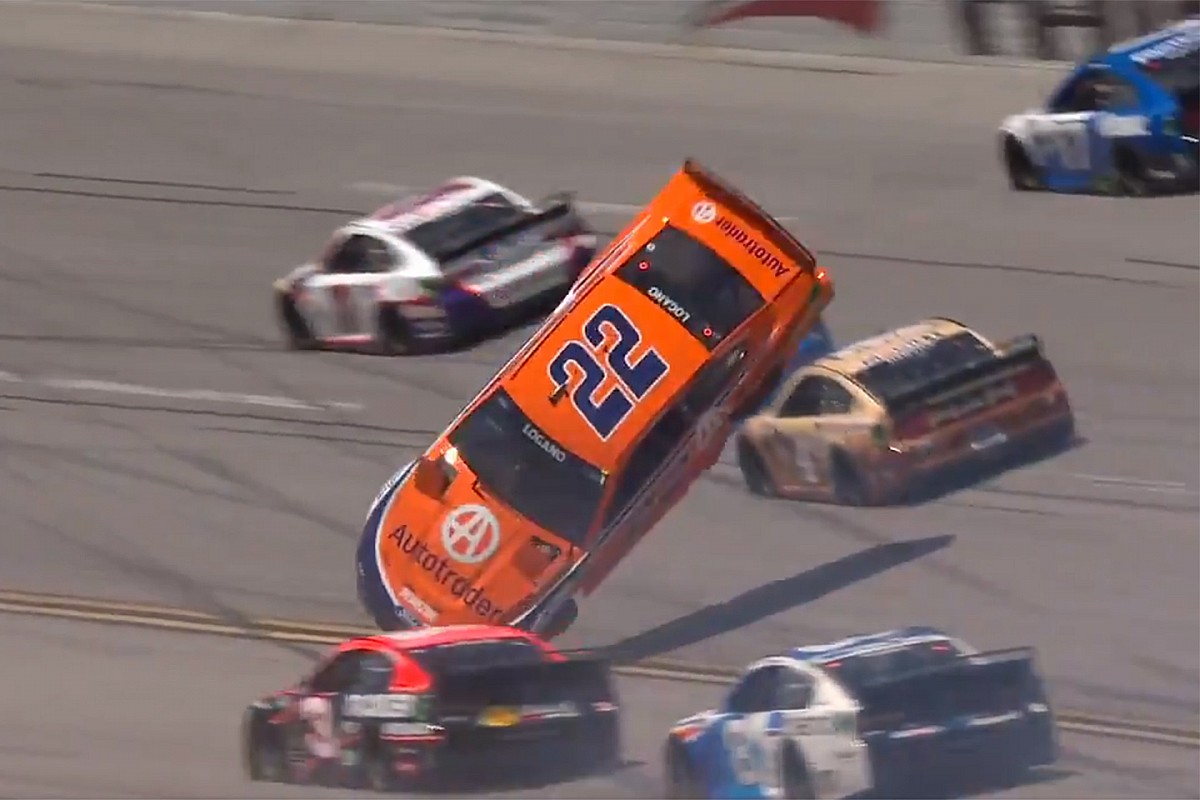 Logano was battling for the Stage 1 victory at Talladega when he suddenly found himself upside down in the middle of the pack.

Several cars narrowly avoided the No. 22 Team Penske Ford Mustang with Bubba Wallace clipping the rear-end on his way by.

Shockingly, Logano was the only driver out of the race after the incident. He will finish 39th and had a lot to say after being released from the infield care center.

“I guess I don’t know exactly what to think,” he said. “It is a product of this racing. On one hand, I am so proud to drive a Cup car that is safe, and that I can go through a crash like that and get out and speak about it. On one hand, I am made about being in the crash and on the other, I am happy to be alive. On another hand, I am wondering when we are going to stop because this is dangerous doing what we are doing. I got a roll bar in my head. That is not okay.

“I am one hit away from the same situation Ryan Newman just went through. I just don’t feel like that is acceptable.”

Logano was referencing Newman’s airborne crash on the final lap of the 2020 Daytona 500 where the veteran driver suffered a head injury after being struck by another car while upside down.

He continued, speaking of the current superspeedway package: “A lot of it is the big spoiler and the big runs and all the pushing. It is nobody’s fault. Denny (Hamlin) is trying to go and the 47 (Ricky Stenhouse Jr.) is trying to go. It is a product of this racing. We have to fix it though.

“Someone already got hurt and we are still doing it, so that’s not real smart. At the same time, I am appreciative of driving a car that is this safe and what Team Penske has done for the safety of these cars so that I can live to talk about it and go again.

“I got lucky that I didn’t get hit while I was in the air.”