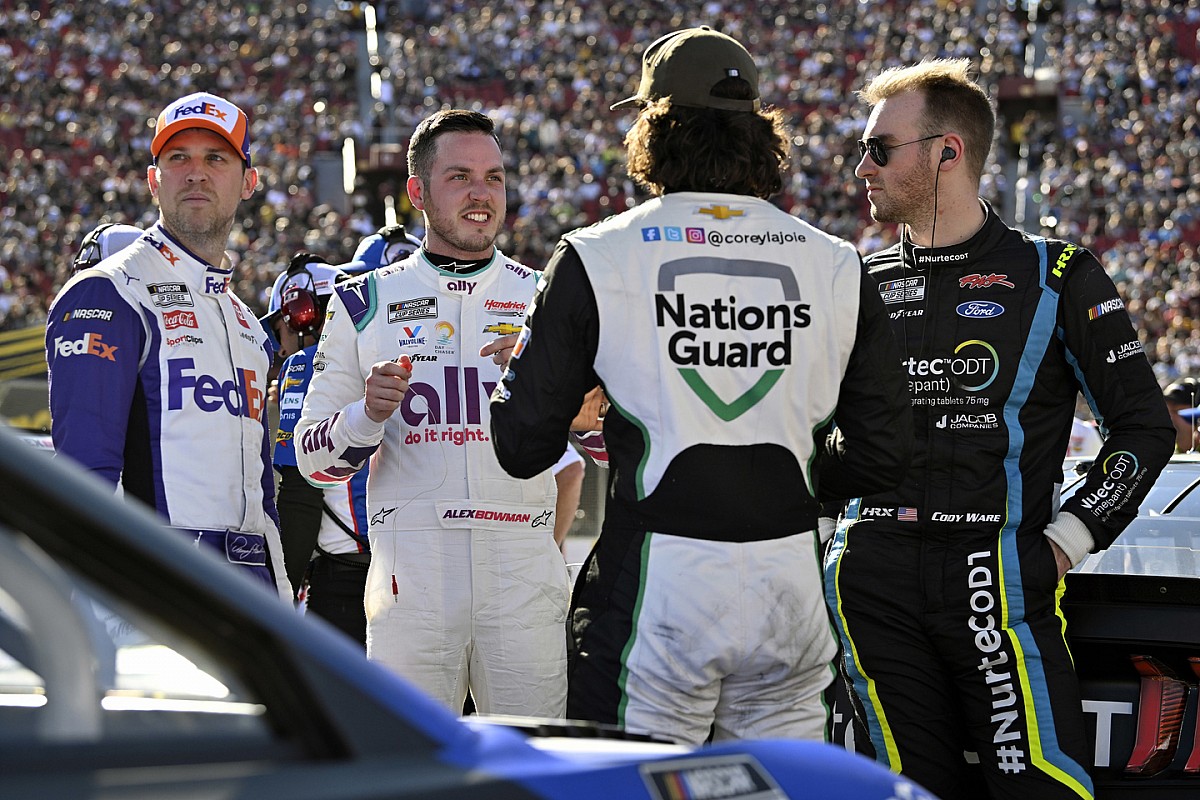 The Drivers Advisory Council, the formation of which was announced on Friday morning, is the second time in the past 10 years NASCAR’s top drivers have attempted to organize as a collective entity.

The most recent council, formed in 2015, typically included around 10 Cup series drivers and met several times a year with NASCAR executives to discuss “big picture” issues affecting the sport. That council dissolved prior to the start of the 2019 season.

The stated objectives of the new council include “further improving the areas of safety in motorsports, growing and enhancing the sport, and maximizing the opportunities for drivers to achieve success both on and off the track.”

“As a current driver and also a team owner, I now see things from a different perspective and that has made me appreciate the importance of collaboration across the industry,” said Hamlin, who served on the previous council.

“The new council will deliver a unified, collective voice from the drivers to help address any challenges we face and help accomplish the common goals the industry shares.”

In addition, former NASCAR driver and current NBC TV analyst, Jeff Burton, will serve as the director of the council.

“I’ve been fortunate to have many roles within the sport and I’m excited to add this venture into the fold,” Burton said. “I’m humbled and honored that the drivers have asked me to help with this effort. “I believe we have a great sport, and this council has the opportunity to work together with the entire industry to make it even better.”

Asked his opinion on why this drivers council effort would be different that the previous iteration, Burton said, “It had good people and good intentions and the right idea. The lesson was that if you’re going to do it, you need someone on the outside that can help. You need someone or a group of people that can make this happen.

“There are conversations I’m happy now that they don’t have to be involved in. They can have a conversation with me and then I can have the lengthy conversations and it allows them to focus on being drivers or sponsor representatives – all the things that requires them to be successful.”

The DAC said it will continue work with NASCAR and its leaders offering its input on the direction of the sport.

“Collaboration is critical to our growth, and we welcome any opportunity to strengthen communication with our drivers,” said Steve O’Donnell, NASCAR Executive Vice President and Chief Racing Development Officer.

“We often look to drivers for input when making decisions that affect the sport, and the Drivers Advisory Council will help streamline that communication. Working together, we will continue to deliver the great NASCAR racing experience our fans expect and deserve.”

The DAC will also have a cooperative relationship with the Race Team Alliance (RTA), which consists of 14 Cup Series organizations.

“One of the keys to our sport being successful is collaboration among all of its stakeholders. Having a formalized group through which the drivers can better communicate will be a great asset for all of us,” said Dave Alpern president of Joe Gibbs Racing and co-chair of the Team Owner Council.

“They picked the perfect guy to lead the Drivers Advisory Council in Jeff Burton and have assembled a solid Board of Directors to get the group started with a strong, unified voice.

Petty, also a former driver and NBC TV analyst, called the formation of the new council “the start of a new era in NASCAR.”

“Through the leadership of Jeff Burton and the Board of Directors, the drivers now have a united voice, a voice that can effect change and improvement in almost every aspect of our sport,” he said.

“The DAC has the opportunity to create a legacy for generations of drivers to come.”