Larson on Elliott incident: “It happened, and I hate that it did” 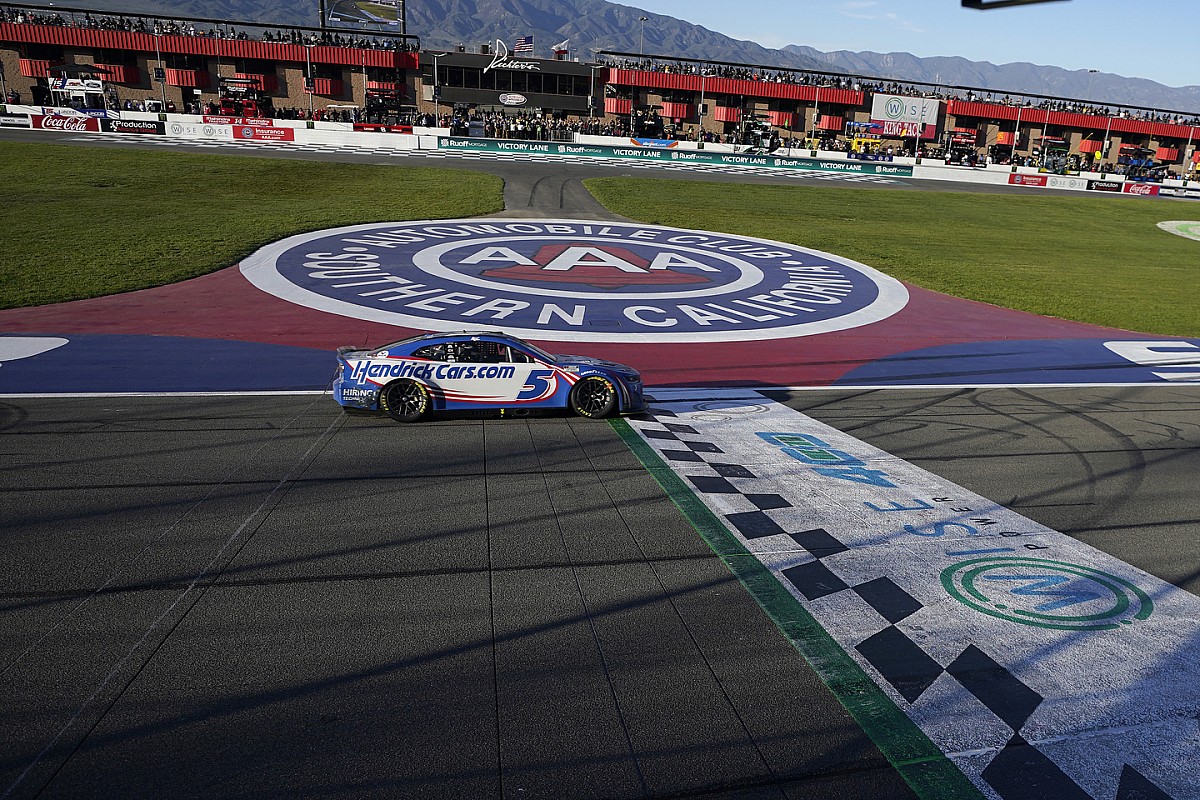 Prior to holding off Austin Dillon to secure the win in Sunday’s race, the reigning NASCAR Cup Series series champion found himself battling Joey Logano and his Hendrick Motorsports teammate Chase Elliott for the lead with just under 20 of 200 laps remaining.

Larson had been side-drafting Logano when he shot up the track and pinched Elliott’s No. 9 Chevrolet into the outside wall. Elliott had been making a charge on the outside lane to the lead.

Elliott immediately fell off the pace and eventually spun out on Lap 192. He finished 26th.

Elliott was incensed at the time, saying over his team radio, “What (expletive) is he doing, man? It wasn’t even close.”

And then prior to his spin, “It’s probably going to break again before the end of the race. But I don’t really give a (expletive) who is leading the race.”

Larson’s side of the story

Asked about the incident after his win, Larson maintained he didn’t know anyone was approaching him from the outside.

“Joey did a good job on the bottom (lane), and then we were side-drafting each other, and I’m not even looking in my mirror at that point because all I’m worried about is Joey and I’m looking out of my A-post window,” Larson said.

“I had a run, so I went to peel off, and as soon as I peeled off, my spotter (Tyler Monn) is yelling, ‘Outside! Outside! Outside!’ And I had no clue (Elliott) was even coming.”

Larson called the episode “an honest mistake.” His spotter posted the following message on Twitter, taking full responsibility for the contact:

“I should have had more awareness in my mirror. My spotter could have told me he was coming with a big run, and we would have avoided that mess,” he said. “I would have probably not been side drafting on Joey as hard as I was. I would have been more so protecting on Chase than worrying about Joey.

“It happened, and I hate that it did. I know they’re upset. But we’ll talk, and hopefully we’ll get on the same page. I would never run into my teammate or block him that aggressively and that late on purpose.”

As for Elliott, he had little to say after the race, making only brief comments to couple reporters.

He did speak individually to his crew chief, Alan Gustafson; Jeff Andrews, the general manager of Hendrick Motorsports; and Chad Knaus, Hendrick’s vice president of competition, about the incident before leaving pit road.

“At the end of the day we’re going to – as we always do, we’ll do the right things for the company and get ready to go to Las Vegas in a good spot for really everybody.”