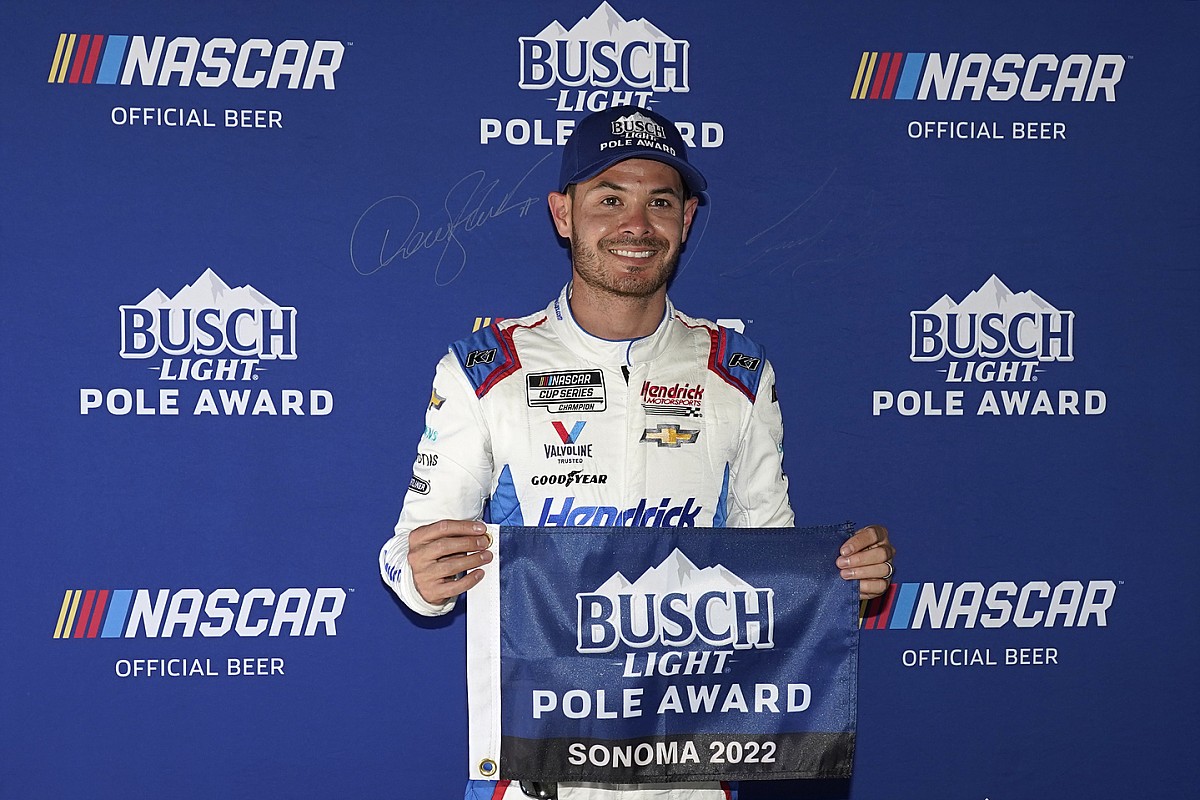 Just like he did in practice earlier Saturday, Larson edged Hendrick Motorsports teammate Chase Elliott to win the pole for Sunday’s race.

The pole is the 12th of Larson’s NASCAR Cup Series career and second this season. It’s also the fifth consecutive Cup race at Sonoma that Larson has started in the No. 1 position (he won last season’s race).

“It was good. I was a bit surprised I ran what I can because I gave up a lot of time in Turns 4 and 7,” Larson said. “So, if I had those two corners back I felt like I could have gone quite a bit faster.

“Really good Chevy. Thanks to everybody on our team and everybody back at the shop and in the engine shop. I’m excited about it. But for Chase to lay down the lap he did, that shows how strong he is because he was really good in race trim.

“I need to figure some things out on my end. I think my car’s capable of racing good. I just need to get a little bit better on the long runs and I think we’ll have a good shot.”

Chris Buescher ended up third-fastest (91.919 mph), while Michael McDowell and Tyler Reddick rounded out the top-five.

Larson, who was fastest in practice, topped the Group B session with an average lap speed of 91.831 mph.

Chastain, who was on track when time expired, ended up second (91.747 mph) and Elliott was third. Custer and Suarez completed the top five and also advanced to the final round.

Among those who failed to move on were Kyle Busch, Kurt Busch and Austin Dillon.

“Frustrated we didn’t have the speed to make it through,” Kyle Busch said. “Thought we did, judging on practice, but just didn’t work out in qualifying.

“We’ll work overnight on ideas to fix it and make the car faster.”

Kurt Busch went off the track in Turn 10 during his first qualifying lap but was able to recover and continue on without a caution.

Christopher Bell’s No. 20 Toyota team was forced to change steering components on his car and did not qualify. He will have to start Sunday’s race from the rear of the field.

With just minutes remaining in the 15-minute session, Hamlin bolted to the top of the speed chart to lead Group A with an average lap speed of 91.430 mph.

McDowell and Buescher rounded out the top-five and advanced to the final round.

“You don’t get a whole lot of time, so you’ve got to get it right,” McDowell said. “I feel like I can pick up a little bit myself in the second round.”

Among those who failed to move on were A.J. Allmendinger, Kevin Harvick, Bubba Wallace and William Byron.

Cody Ware’s No. 51 failed pre-qualifying inspection more than three times and was not allowed to qualify.