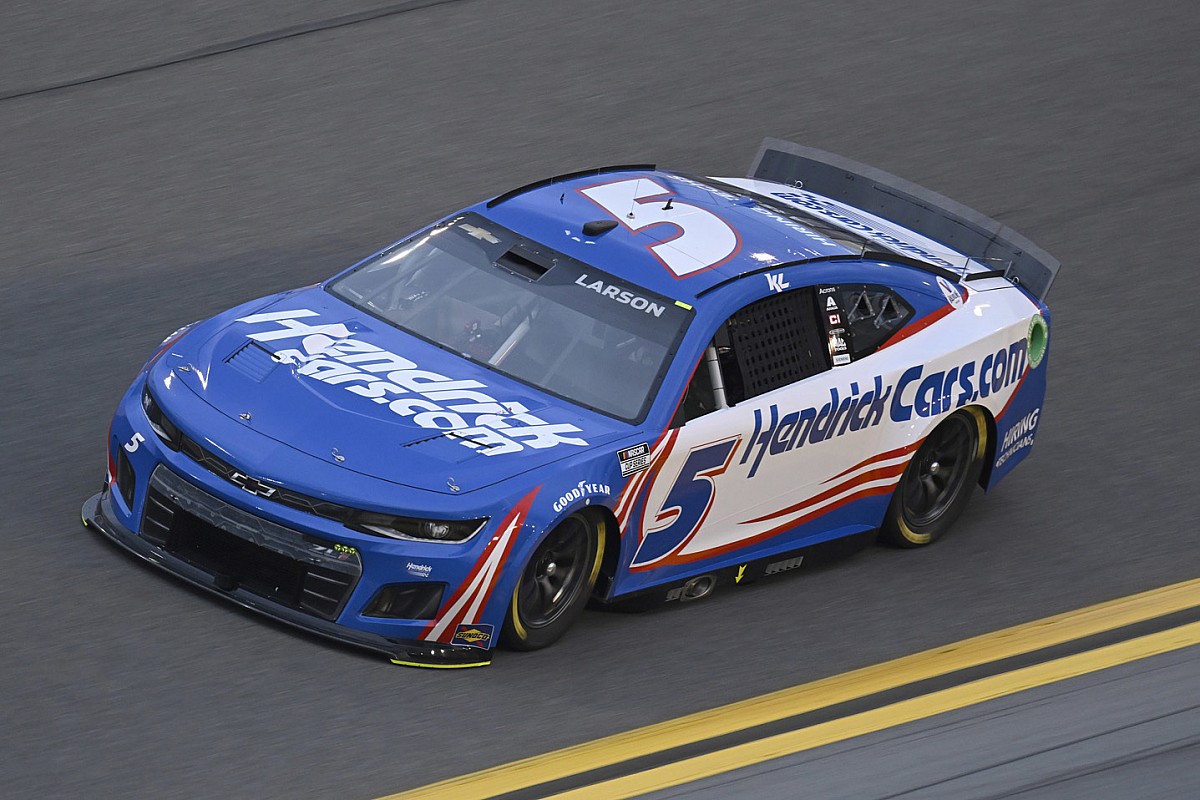 This time, it was reigning NASCAR Cup Series champion Kyle Larson who will start on the pole for the 2022 season opener, as he edged last year’s pole winner and teammate Alex Bowman for the top spot.

Larson’s average lap speed in the final round was 181.159 mph – the fastest lap recorded in both rounds. Bowman ended up at 181.046 mph and will make a NASCAR record fifth consecutive start on the front row of the season’s biggest race.

Hendrick driver William Byron, who was fastest in the first round, ended up third, Ford driver Aric Almirola – making his last 500 start – was fourth and Hendrick driver Chase Elliott rounded out the top-five.

Hendrick power on top once again

Larson’s pole is also the eighth consecutive Daytona 500 a team powered by a Hendrick engine has started on the pole, and nine of the last 10. It’s also the first official pole awarded with the Next Gen car.

“It’s really neat. You’re always really proud of your team anytime you win a pole here because it has the littlest to do with us drivers,” Larson said. “Just a huge thank you to the engine shop at Hendrick Motorsports; everybody who’s played a part in touching these vehicles, whether it be on the computer or hands-on.

“It’s awesome, the speed in our Chevy. I believe it’s the beginning of a really good weekend.”

Team owner Rick Hendrick called Larson while he was in Victory Lane to congratulate him on winning the 500 pole.

“To have it on the pole at the Daytona 500 is really special,” Larson said. “It would be even more special to win the Duels tomorrow and go on to Sunday and win the 500.”

“I’ve come down here not locked in, qualifying poorly and having to race our way in,” he said. “It says so much about Hendrick Motorsports. Congrats to (Larson) for getting the pole. It’s cool to have the record but I feel it should be (crew chief) Greg Ives and my race team should be the ones to get the credit for that record because the driver doesn’t really have much to do with it.

Based having the top two qualifying speeds among non-charter teams, both Jacques Villeneuve – with Team Hezeberg – and Noah Gragson – with Beard Motorsports – are guaranteed to start Sunday’s Daytona 500.

All drivers will race in Thursday night’s qualifying races to set the field for Sunday’s race. Larson and Bowman, however, are locked into their starting positions regardless of their respective performance.

Led by Byron, Hendrick drivers swept the top four spots in the first round of qualifying. Byron’s average lap speed of 180.850 mph led the way.

Larson was second, Bowman third, Elliott fourth and Amirola – in a Ford – rounded out the top-five.

Also advancing to the final round were Chastain, Truex, Burton, Hamlin and Suarez.