Kyle Larson: “There wasn’t anything else I could do” 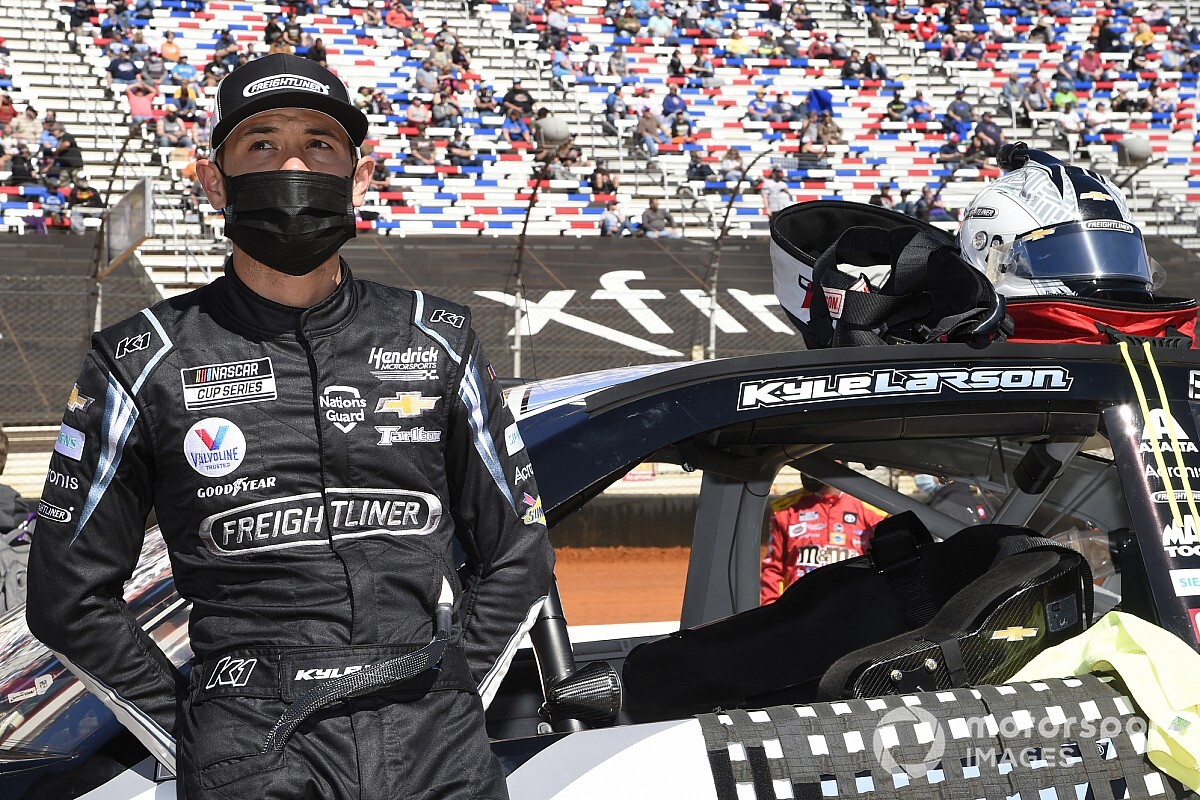 But after dominating most of the race, ending up second in a Hendrick Motorsports 1-2-3-4 finish was as bad for Larson as you might think.

Larson cruised through the first two stages – winning both – and looked to have his second victory of the season well in hand until a round of pit stops entering the final 100 laps.

Following a caution for Aric Almirola’s wreck, Alex Bowman’s pit crew got him off pit road first and while 97 laps still remained in the race, it still turned out to make the difference in Bowman’s victory.

“I honestly don’t know if there was anything I could have done differently to win the race after we came out second on pit road. I would choose the top (lane) behind him, get to second every time,” Larson said.

“Maybe I could have chosen the bottom on (the) restart, but I still don’t think I would have stayed with him until he was inside or anything like that. Probably would have fell back to third or so.

I feel like we maximized our day. We were all so equal. I think any of the four of us could have been out in the lead. That person probably would have won.”

Larson ended up leading the most laps (263 of 400) but after Bowman grabbed the lead on pit road, he could never get closer than about half-a-second to his rear bumper.

There was another caution on Lap 326 for debris on the track but most of the lead-lap cars – including Bowman and Larson – remained on the track. After that restart on Lap 331, the race remained green until the finish.

Larson said he didn’t cut Bowman any slack on the last two restarts simply because he was a teammate.

“At that point I didn’t really care it was a teammate in front of me or not. I wasn’t going to push him any harder than I was there because I already had him pretty sideways,” Larson said. “Same would have went for anybody else.

“I’m not going to try and wreck anybody.”

In the end, Larson was part of HMS’s first 1-2-3-4 finish in the history of the organization. HMS is also one win away from tying the record for most wins by an organization in NASCAR history (Petty Enterprises has 268).

“Winning the two stages, getting those couple points for the playoffs is obviously really important. Obviously, we would have wanted five more with the win, but we’ll take what we can get and keep stacking them up as often as we can.

“I’m not disappointed or upset about this second because I feel like there wasn’t anything else I could do.”