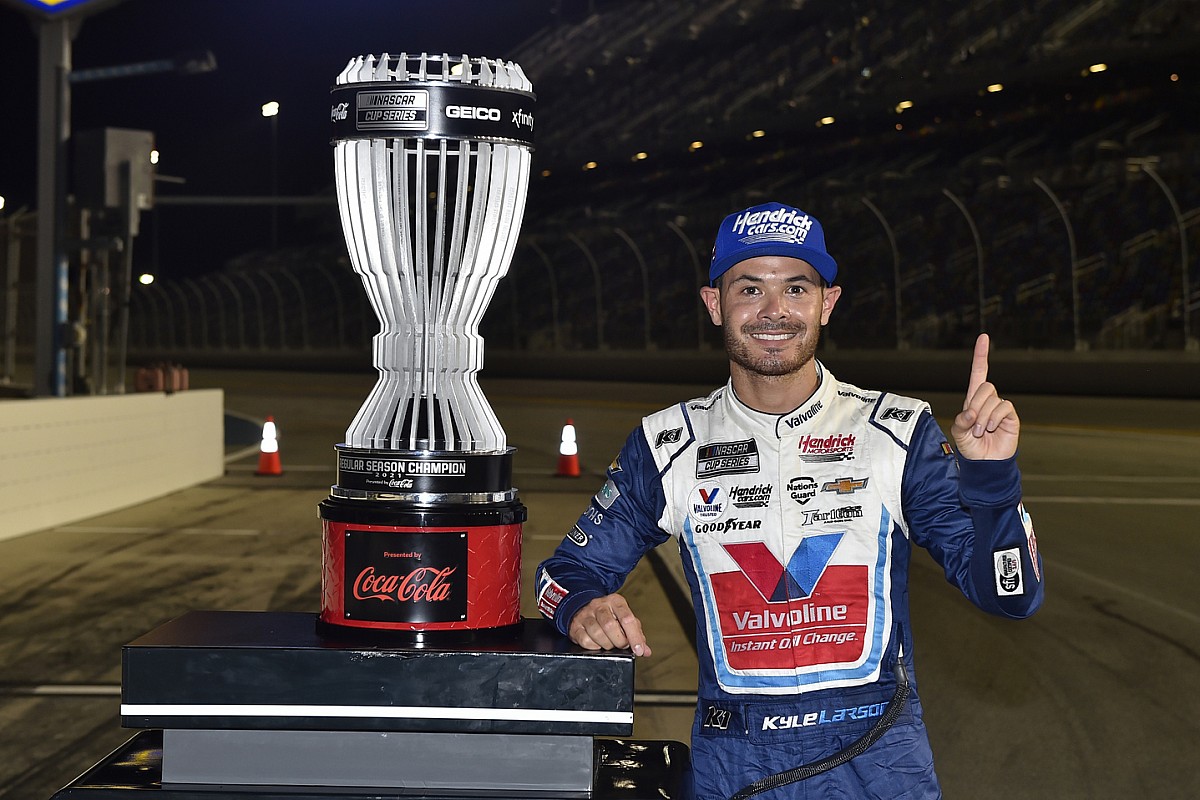 He had been fired by Chip Ganassi Racing and suspended by NASCAR after using a racial slur during an iRacing event in April 2020.

Without the ability to compete in NASCAR, Larson spent much of the 2020 season competing in dirt track races across the country.

By October 2020, NASCAR had spelled out a plan for Larson’s eventual reinstatement – which he completed – and later that month Hendrick Motorsports announced it had hired Larson to drive its No. 5 Chevrolets in the Cup Series beginning with the 2021 season.

The 29-year-old native of Elk Grove, Calif., wasted no time showing off his potential with NASCAR’s most successful organization, picking up a victory in the fourth race of the season at Las Vegas.

This is easily Larson’s best opportunity to win his first Cup Series championship.

“I feel like I’m a much more mature person on and off the race track. I think through all the experience of growing up made me ultimately just better all around,” Larson said.

“I think getting to race as much as I did last year and contend – I raced 96 times, something like that, and won 46. Probably was in position to chase a win in 80 races or more.

“I think putting yourself in position like that, it made me a much mentally stronger driver these days, much more experienced driver. Yeah, it’s definitely been a crazy couple years, but very thankful that I’m in the opportunity I’m in now.”

At one point during the summer, Larson looked nearly unstoppable.

He won four consecutive races at one point – including the annual NASCAR All-Star Race and its $1 million first prize.

During the regular season, Larson has won on intermediate tracks, road courses and at new venues. He’s finished as runner-up in five other races and led the most laps in two of those.

Larson’s versatility and ability to contend for wins on a regular basis are prime ingredients needed for a strong run in the playoffs, where winning races is generally key to success.

“I think we’re still capable of winning more races throughout the rest of the year and continuing to get better. I think all the race teams get better each and every week,” Larson said. “We’re one of those teams that’s done that, too.

“It’s hard to predict. It’s been fun. We’ve been able to win a lot of races. Even when we weren’t winning, we were still up front. That’s what you’ve got to do here in these next 10 weeks.

“Still got to go out there and chase as many points as you can throughout the race. Obviously, you want to win the races. If you can’t, you don’t want to leave any points out on the table.

“That’s kind of where my head’s at right now.”