Kyle Larson on NASCAR Next Gen car: “I’m ready to race it” 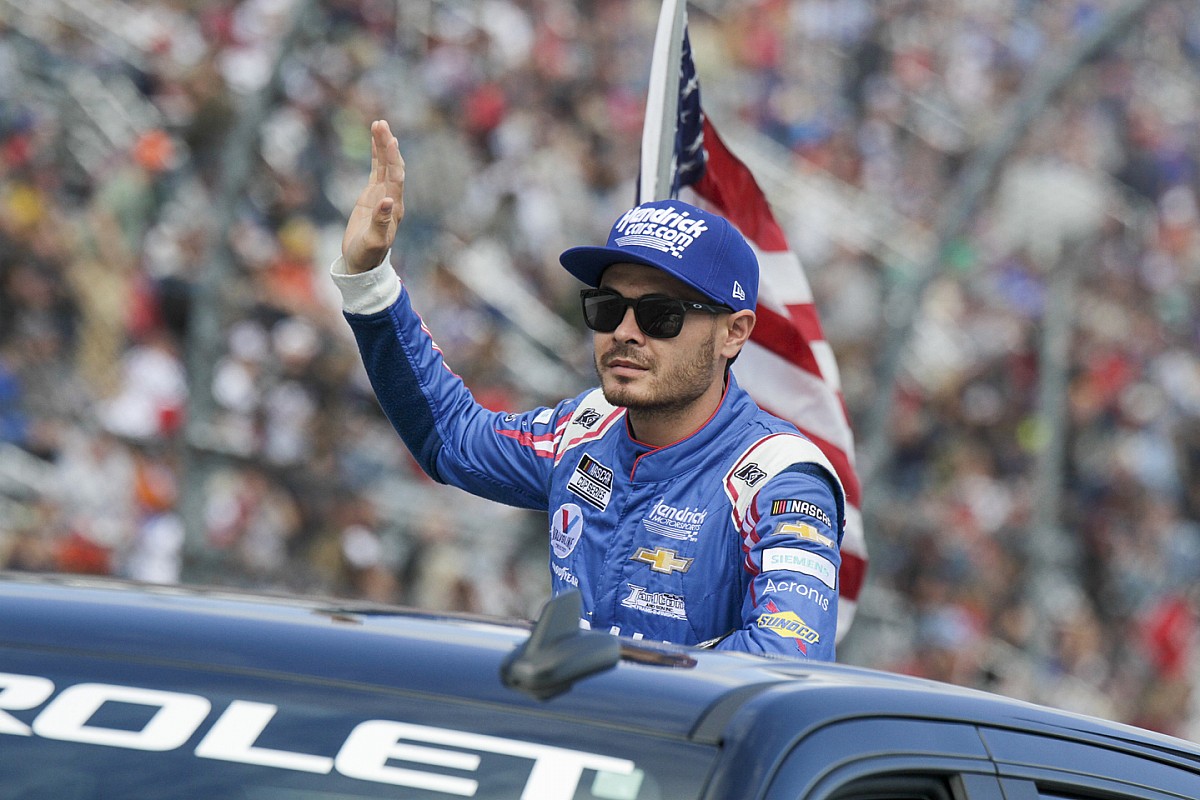 Larson, who won the 2021 season finale at Phoenix – and his first NASCAR Cup Series championship – not quite three months ago, led the way in average lap speed (131.728 mph) on Tuesday, the first day of a scheduled two-day test of the Next Gen car at the track.

And while the Next Gen car is a wholesale change from NASCAR cars of years past, Larson found his first day testing not totally out of place.

“As far as me driving the car, I was surprised it didn’t seem that much different here than the previous car,” Larson said. “The steering was maybe a little bit quicker, just the little things all seemed to happened a little quicker. The moments when you got loose – stuff like that.

“Other than that, it felt fairly normal which I was happy about. My balance didn’t seem to change as much – I didn’t seem to get as tight in the center (of the corner), which is good.

“We need to work on our brakes. The brake pedal continued to travel further and further as the runs went on. That wasn’t a comforting feeling but we’re going to try some stuff tomorrow to make it better.”

Speeds in the Phoenix test were down slightly from last fall’s championship race as the Next Gen car is utilizing a 670-horsepower package at all tracks with the exception of superspeedways and the newly reconfigured Atlanta Motor Speedway.

This week’s test at Phoenix is pretty much being directed by each team’s agenda. Having settled on a racing package for the 2022 season, NASCAR has been more of a spectator.

Larson said his No. 5 Hendrick Motorsports team has been taking full advantage of the opportunity to try new things.

“We’re just trying to learn as much as we can, even if it’s wrong changes; changes that you know won’t be in the right direction. You’re making them to try to learn going forward,” he said.

“I was happy with how today went. It thought it was a smooth day and I thought we did a good job with the changes that we made and learned a lot of stuff. I look forward to getting the series started.”

With Phoenix being the last scheduled test of the Next Gen car in the offseason, Larson was asked if feels the car is ready to race and if he has some idea of what to expect when it hits the track.

“I’m ready to race it,” Larson said. “Just like any race car, you’re going to learn stuff throughout the year and tweak things, whether it be comfort things, or make your brake package better. Yeah, I think we’re ready to race.

“I was happy with the balance of my race car when we unloaded today. I’m confident that we can go out there and be competitive right off the bat.

Larson said his extensive background in all type of racing has led him to be much more flexible when it comes to changes, which is likely a plus considering how dramatically different the Next Gen car is to previous Cup series cars.

“I feel like I adjust quickly to new cars and new situations,” he said. “Just from my experience in all kinds of cars, I don’t know that I have any ‘habits,’ bad or otherwise. I’m trying to learn new things every week.”