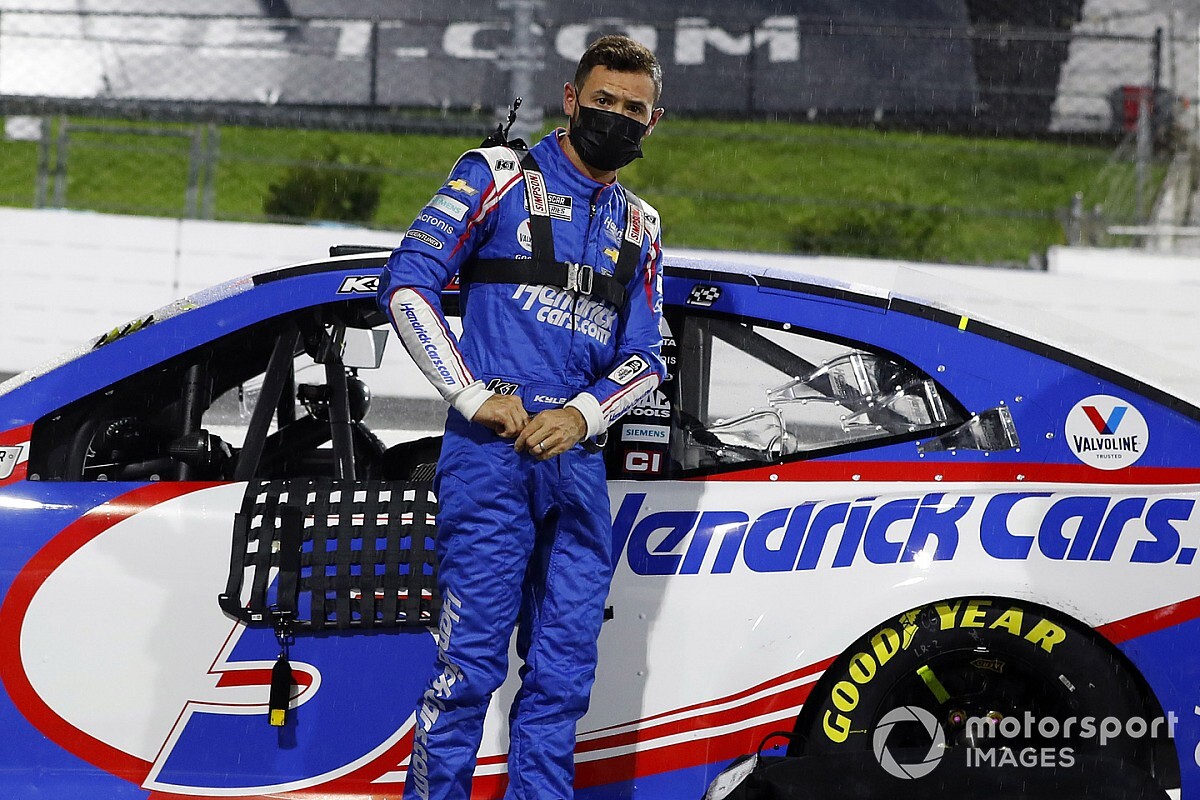 Unfortunately that plan – to push Ryan Blaney on the final restart and help the two of them race the win out between themselves went awry.

As the restart got underway with two of 267 laps remaining, Larson did indeed push Blaney but ended up turning him and both drivers collided with the wall, knocking both out of contention.

Kyle Busch went on to win the race, becoming the 10th different winner in the NASCAR Cup Series in the season’s first 11 races.

“My plan was just to push (Blaney) as hard as I could and try and be with him on the backstretch to shove him and hopefully get them guys racing in front of me or potentially get inside or outside for the lead somehow,” Larson said.

“I had just planned on pushing him really hard, and obviously I did that and got him sideways and ended up getting us both in the wall. Probably should have just laid off once I got to the corner and hopefully a run came to where I could get to his back bumper on the backstretch.

“Hate that I screwed that up and cost ourselves a good finish.”

Larson and his No. 5 Hendrick Motorsports team had proved to be the dominant player for the win much of the race. He led nine times for a race-high 132 laps.

Larson was still in command on a restart with 10 laps remaining but saw Kyle Busch quickly jump ahead and a subsequent wreck locked Busch into the top spot heading into the race’s final restart.

“Nobody got to the lead from the second row (all race), so I knew I was in trouble, and like I said, I just wanted to do a good job to keep (Blaney) side-by-side with Kyle and maybe get them racing and punch a big hole for me to get a run somehow,” Larson said.

“Obviously I didn’t want to be on the second row the final restart. I had Brad lined up behind me the one before, and he wasn’t able to get to my back bumper. He had to protect from the guys behind him trying to pull out of line, so just got our lane slowed up, and that just didn’t work out.”