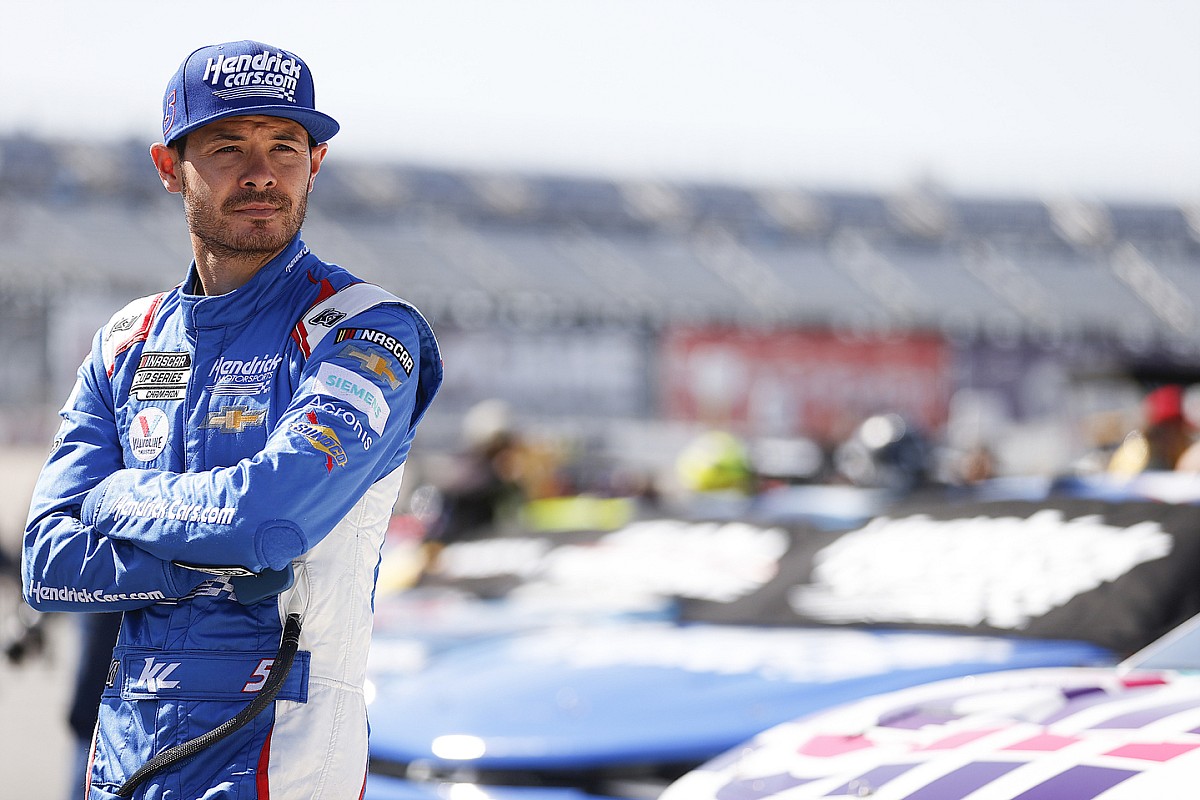 Time and again in Sunday’s NASCAR Cup Series race at Kansas Speedway, Larson tried to do all he could to stay in the hunt for the race win, but often times that meant the right-side of his No. 5 Chevrolet would meet the wall.

When Busch went to the inside of Larson with eight of 267 laps remaining and came away with the lead for the final time, Larson again drifted up the track and into the wall. Larson still managed to hang on to finish second.

Rather accusing Busch of trying any sort of “bump and run” move, Larson credited the cause of the wall run-ins with the aerodynamics of the race and the Next Gen car.

“We were racing for the win, so, I mean he never got into me so I was trying to squeeze the throttle and get position on him and I just got tight,” Larson said. “That was fun racing with Kurt. The last half of the race I was trying hard the whole time. I got out front of him some there in the third stage.

“We just kept fighting through it. Thanks to my team for giving me a war machine. I hit the wall a lot today. I struggled when people put air on me and I got really tight and I’d hit the wall. We’ll work on that and figure it out.”

Larson appeared to be one of the few cars that could keep pace with the Toyotas on Sunday, which claimed six of the top-10 finishing positions, including taking the victory.

“Happy with my car. The Toyotas obviously were extremely good today. They’re all in the Top 10 it looks like. They had the handling and a lot of raw speed,” Larson said.

“It was hard to hold off Kyle (Busch) and then I knew when Kurt got by him, it was going to be really hard to hold him off. I did my best. Just came up one spot short.”

Larson reiterated he had no issues with how Busch raced him for the win late in the race.

“I wasn’t upset with him or anything,” Larson said of Busch. “It was just hard racing there for the win. I knew when he got to my inside, I was struggling in traffic a little bit and he was able to get by and from there, I just had to hold on to second.

“I just fought really hard today and overdrove it at moments. Just had to work hard for it.”