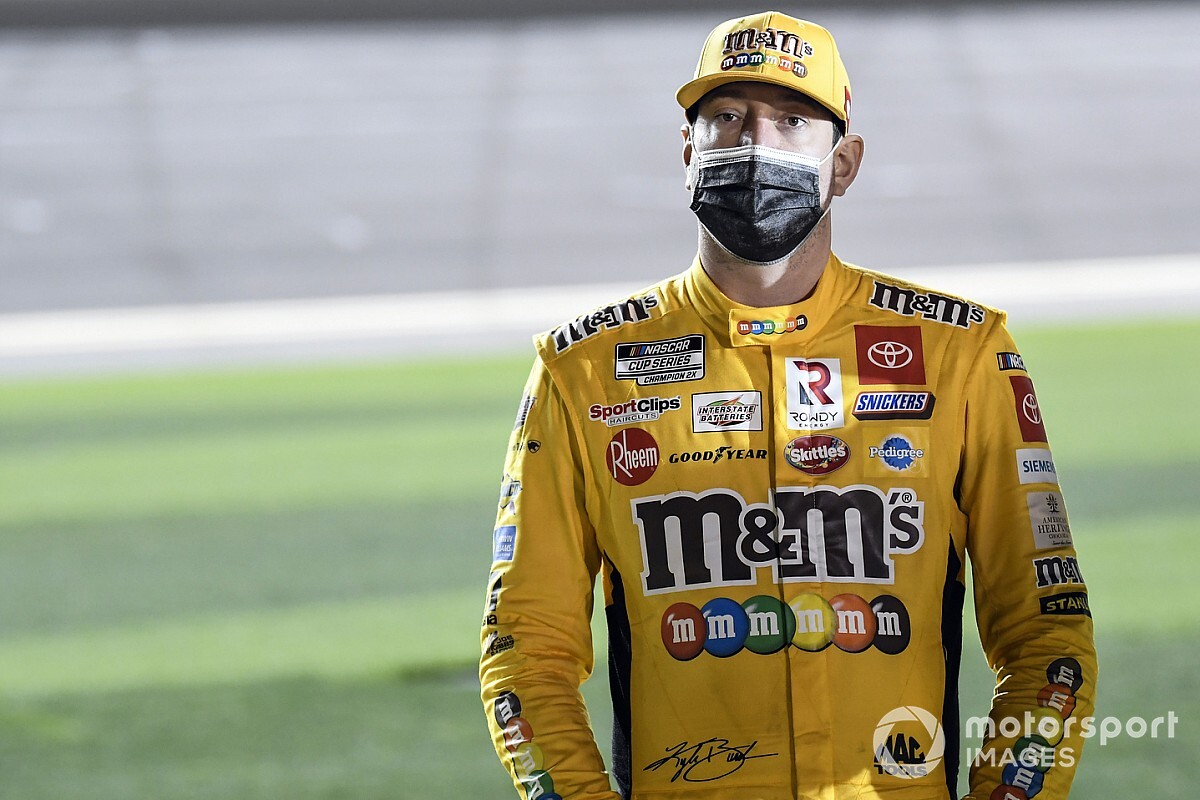 Busch entered Sunday’s Pennzoil 400 with one top-10 finish in the season’s first three races and 18th in the series standings. And for much of the race, it didn’t appear much improvement was imminent.

His No. 18 Toyota had trouble keeping up during some of the wild three- and four-wide restarts in the race, but Busch rallied during the long green-flag run late in the final stage to salvage a third-place finish.

Not only does that give Busch his first top-five of the season but it will set him up nicely with a solid starting position for next Sunday’s race at Phoenix. He also jumped to 14th in the series standings.

“It’s all about building blocks. I felt like today was a good building process for us. I just always kept trying to give the best feedback I possibly could,” Busch said. “Being able to tell (crew chief Ben Beshore) what the car was doing, where we were coming from with the adjustments we were making.

“He was making good adjustments all day. Seemed like the first two or three of them really didn’t do anything. We started taking swings with wrenches in the back window, stuff like that.

“Off on balance to start. Got way better towards the end. Still there was room for improvement there at the end. Overall, our speed was a little off.”

Trying to make up for a lack of practice

Busch said his team has been perplexed by finding some of the work it does in the simulator does not always replicate on the race track.

“Last year, once we lost practice and everything like that, we knew we weren’t going to go back to practice, we would go to the simulator every single week,” he said. “I spent five hours there working on things, trying to get us the right balance.

“This week we came to the race track super, super tight. I mean, eight numbers tighter on the race track than it was in sim. Typically, when you’re good in sim, you’re about two numbers loose. I don’t know. It’s just a big deal.

“I mean, a lot of it is tire. We have to figure out the tire model and try to make what we think is right there. We’ll keep working on it. That’s the only tool we’ve got.”

Busch said he hopes his team is able to utilize the benefits of Sunday’s strong finish to get off to a better start at Phoenix.

“We kind of had a hole that we had to dig ourselves out of. We’ve been working on that each week, getting closer,” he said.

“We keep starting these races too far back or too far off on balance with the race car, we miss points in the first stage, and that’s just been killing us.”