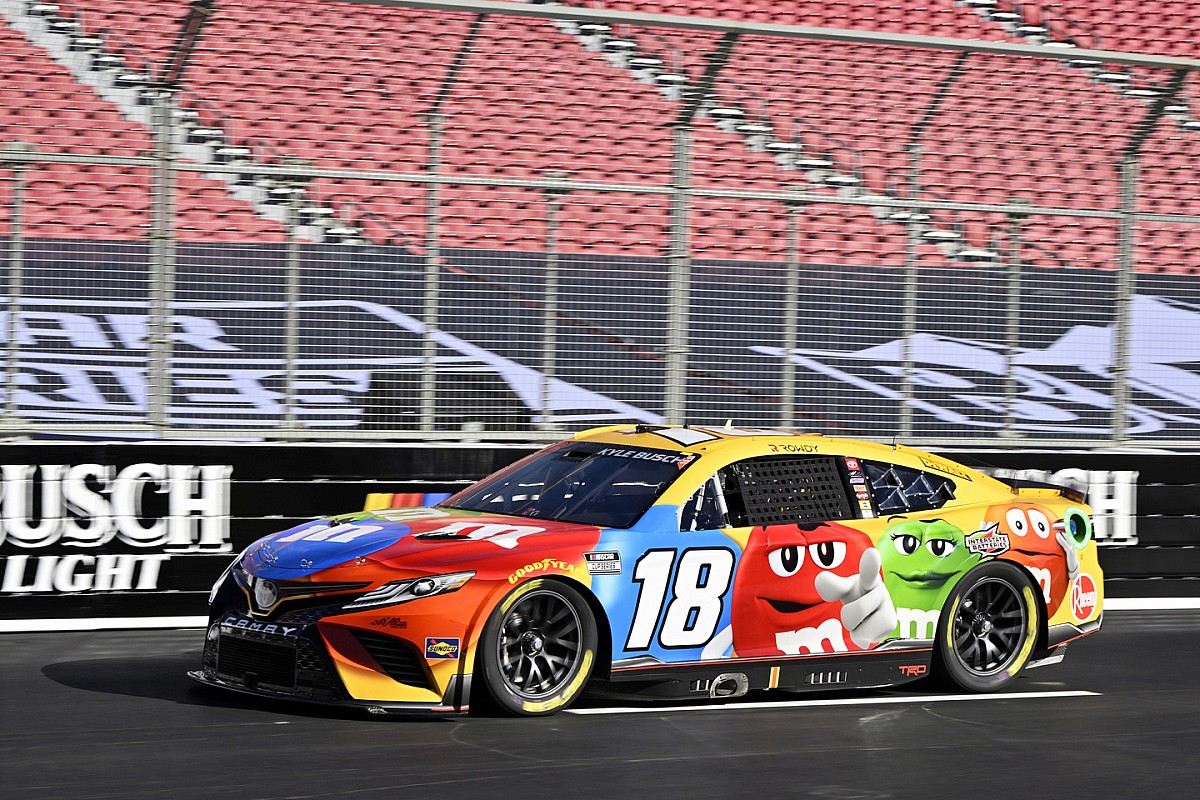 In a session that saw significantly cooler temperatures than from practice Saturday morning, several drivers struggled to replicate their fast laps from earlier in the day.

Busch, who went out with about 12 of 36 cars remaining, posted an average lap of 65.478 mph, which turned out to be the fastest of the session.

“I never would have thunk it,” Busch said of being the fastest qualifier. “I don’t know, you know, it’s pretty cool. It’s just different with the opportunity to do something like this.

“NASCAR took a lot of flak on what this was going to look like and what it was going to be. But we’re having a great time. We had a bunch of fans come out just to witness the qualifying.

“I’m looking forward to seeing what this place will look like tomorrow and have the opportunity to race this No. 18 Toyota and keep it up front. We’re not in (the main event) yet – we still have to go through that heat race.

“Just proud of my guys, working on the feedback and trying to understand what this car is all about.”

Busch, Reddick, Haley and Logano will each start on the pole for one of Sunday’s four heat races. The top four finishers in each heat race will advance to the Clash main event.

The remainder of the field will fight for the final six positions in two ‘last-chance’ races.

Sunday’s Clash is being contested at a track other than Daytona for the first time since its inception in 1981. A made-from-scratch ¼-mile asphalt oval was constructed inside the Los Angeles Memorial Coliseum for this year’s event.