Kyle Busch on Atlanta: “It was ours to lose and we lost it” 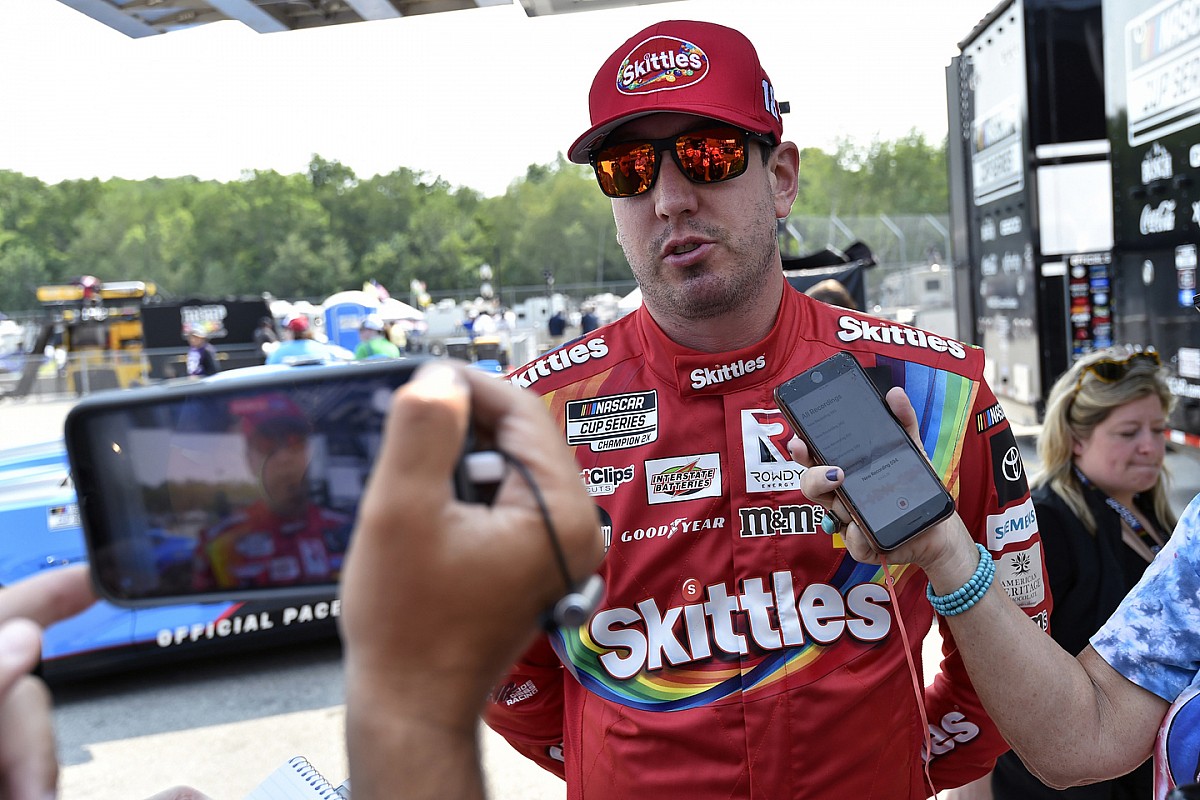 Sunday’s NASCAR Cup Series race turned into a one-on-one battle between the brothers as together they led 235 of the 260 laps (Kurt had the most with 144).

But it was Kyle who emerged as the leader thanks to a lightning-fast green-flag pit stop on Lap 213 by his No. 18 Joe Gibbs Racing pit crew.

Kurt, however, stayed in the hunt and as the two raced side-by-side coming off Turn 4 on Lap 236, they came upon the No. 42 Chevrolet of Chastain, Kurt’s teammate at Chip Ganassi Racing.

Chastain first went high to get in front of Kyle as Kurt’s No. 1 Chevrolet edged ahead on the bottom lane and the three of them went briefly 3-wide off Turn 2 before Kurt finally cleared Kyle in Turns 3 and 4.

“Would’ve been a hell of a lot better if it wasn’t for some butthead. But it is what it is,” Kyle said when asked about losing the lead after the race. “It was ours to lose and we lost it.”

Kurt Busch knew Chastain would likely be criticized for his move but welcomed the assist.

“Shake and bake! Shake and bake! Yeah, and (Chastain), he did his job as a teammate. Ross is going to get a little flak for it, but that’s what it takes to be a good teammate at the right moment, so I couldn’t be more proud of Ross Chastain,” Kurt said.

Asked about the move, Chastain said: “Kurt asked for the bottom (lane) and I gave it to him.”

Even after losing the lead, Kyle was still able to mount a couple of more serious challenges for the lead in the final 25 laps but could never complete the pass.

“Same as always. We just don’t have enough front end with laps on tires. I had everything I had there early and then just smoked it behind (Chastain), obviously,” Kyle said. “Shows you what kind of driver he is.

“Just tried to fight hard after that when I got passed and had one valiant effort off of (Turn) 2 but didn’t have enough momentum to drag (Kurt) down and make him go high in (Turns) 3 and 4, and after that the tires were smoked.

“Great effort. Guys gave me a great piece. We were fast. The No. 1 was definitely better than us today. I just thought I had him. And we did. But racing just didn’t play out that way for us.”

Kyle nearly swept the weekend at Atlanta after earning his 102nd – and perhaps last – win in the Xfinity Series on Saturday. Kyle’s 91 laps led Sunday were the most in a Cup race this season.

“Good piece, just not quite good enough, just needed a tick more,” he said. “When I saw we cycled out in front of him (during green-flag stops) I thought that was our shot and certainly it was.”