Kyle Busch looking “to be the best when it matters most” 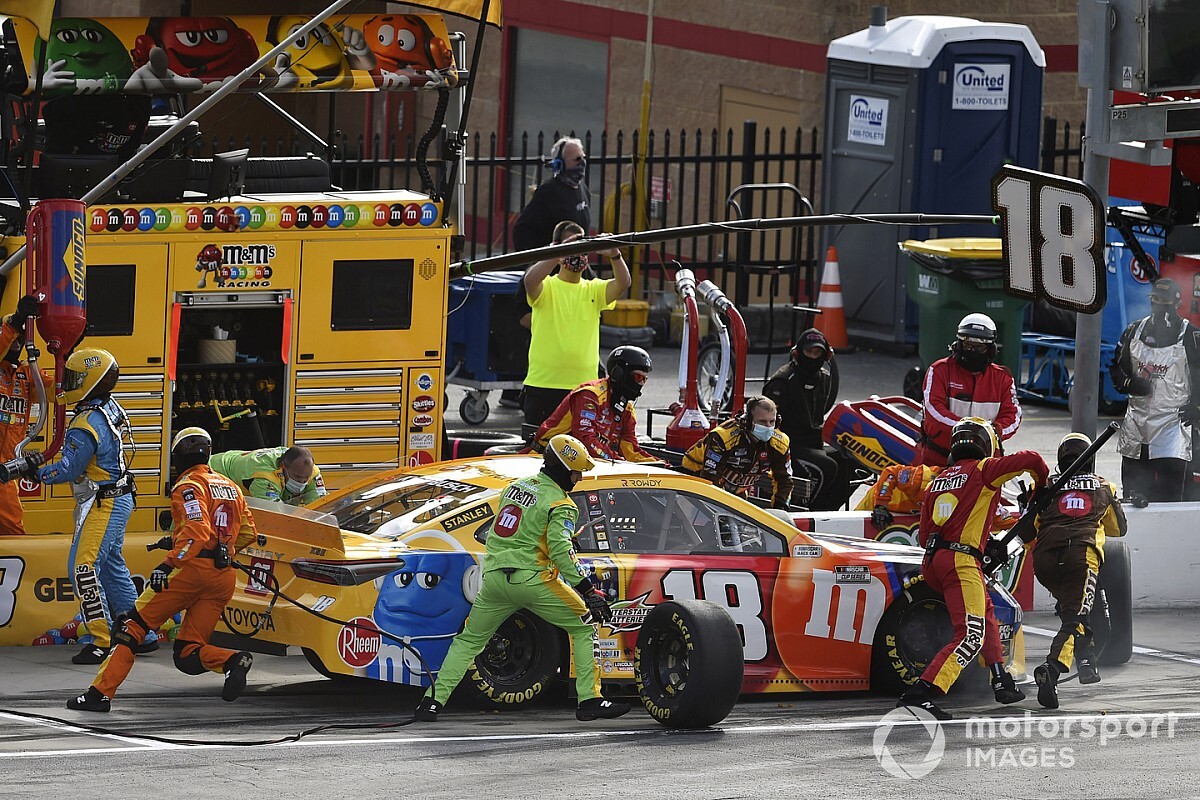 Busch came away from Atlanta with a fifth-place finish, just his second top-five of the 2021 season.

Busch still had to tackle several issues in Sunday’s race, but what gave him hope his No. 18 Joe Gibbs Racing team has made improvement was his ability to race back to the front each time he got shuffled back in the field.

“We were fast right at the start of the race. We drove our way up towards the front (after starting 19th). We kept clawing all day long, every time we had setbacks, too. We’d get back towards the front.

“It was nice to have that speed in our race car that we could perform like that – to be ourselves and be in a position to have a good run.”

Busch credited crew chief Ben Beshore and race engineers Jaik Halpainy and Seth Chavka with coming up with a good set-up for Atlanta.

“We’re trying to figure all of this out together right now and make sure that we can continue to improve as the year goes along in order to be the best when it matters most,” Busch said.

Busch said his team also debuted a new pit crew member in last Sunday’s race, which may have unintentionally contributed to a pit road speeding penalty he received during the race.

“We are kind of a little bit behind on pit stops this year. I was trying to make sure we didn’t lose too many spots, and we sped,” he said.

A unique challenge at Bristol

Busch and his face another obstacle this weekend with the Cup Series’ first race on dirt in more than 50 years at the reconfigured Bristol (Tenn.) Motor Speedway.

With little personal experience racing on dirt, Busch still hopes his team can take another step forward this weekend, or at least not lose any ground.

“We will go out there and give it everything we’ve got and see what we can do. Our team has really relied heavily on Kyle Busch Motorsports as to what we’ve done with the trucks and the Truck Series with the success that we’ve had,” he said.

“It’s just going to be a learning experience for sure. These vehicles are nothing like I’ve driven on dirt, probably, so it’s going to be interesting.”