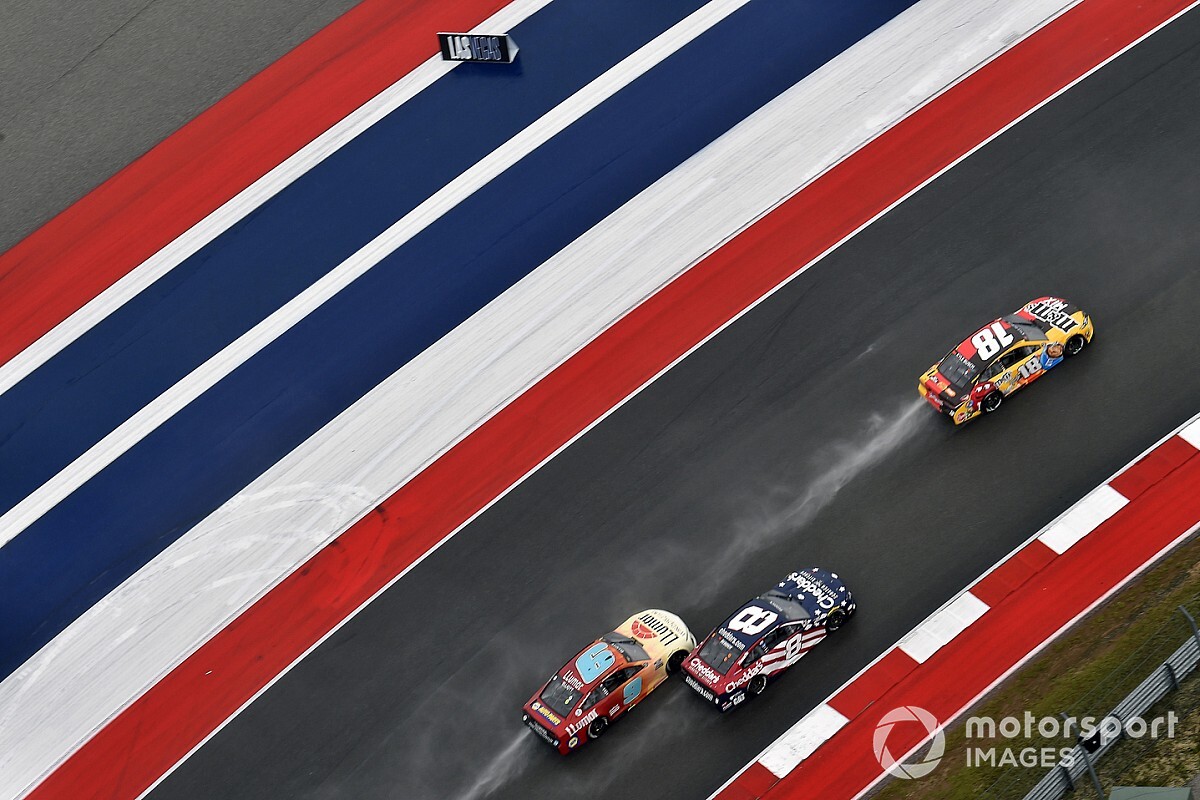 Busch’s No. 18 Toyota was one of the stronger cars throughout Sunday’s haphazard Texas Grand Prix and hoped to have a chance to compete for the win when NASCAR called the race due to heavy rains after 54 of a scheduled 68 laps.

Busch ended up in 10th but having pit for fuel and new tires while others like eventual race winner Chase Elliott were close or may run out, he hoped to gain significant ground but never got the chance.

But asked if NASCAR should have waited longer to make the call, Busch said, “It’s been four hours, enough is enough. White flag, wave it.”

The inaugural Cup Series race on the 3.41-mile, 20-turn Circuit of the Americas course was hampered by rain from the start.

As the race progressed into the second stage, the rain picked up and standing water was evident throughout the course.

Numerous drivers complained of a lack of visibility, but the racing continued until a violent series of accidents on the backstretch of the course on Laps 19 and 25.

NASCAR issued a red flag, tried to clear standing water from the course and allowed teams to service their cars without penalty to address visibility issues. NASCAR also changed all restarts to single-file.

“There were certainly times where you could not see. You’re behind guys and in traffic and there is just so much spray down the backstretch that you just could not see,” Busch said.

“There were other times for me, running around the race track where I think I was up to ninth or eighth or something and I’m blind through the esses. Just so much dirt and stuff up on the windshield that the windshield can’t stay clean.

“Light rain is okay, but heavy rain is not.”

When to stop the race?

The same problem began to materialize in the final stage as once again the rain picked up and water began puddling on the track.

NASCAR allowed the racing to continue but on Lap 54, Kurt Busch hydroplaned off the course in Turn 12 and Austin Cindric spun, which forced NASCAR to display a caution, then a second red flag and eventually call the race.

“It’s all discretion, it’s all a discretion call on how much rain is too much rain. We certainly found today that there were definitely times with too much rain and too much puddling,” Busch said.

“They would clean it off and it was just sprinkling, it was fine after that, no issues after that. Single file restarts was a smart idea. We’re doing all we can and we’re trying to put on a show for the fans.”

Asked if he had a chance to have any fun during the inaugural event, Busch said: “It was fun for a while there earlier when it was just sprinkling, but once it got too heavy, it was dangerous.