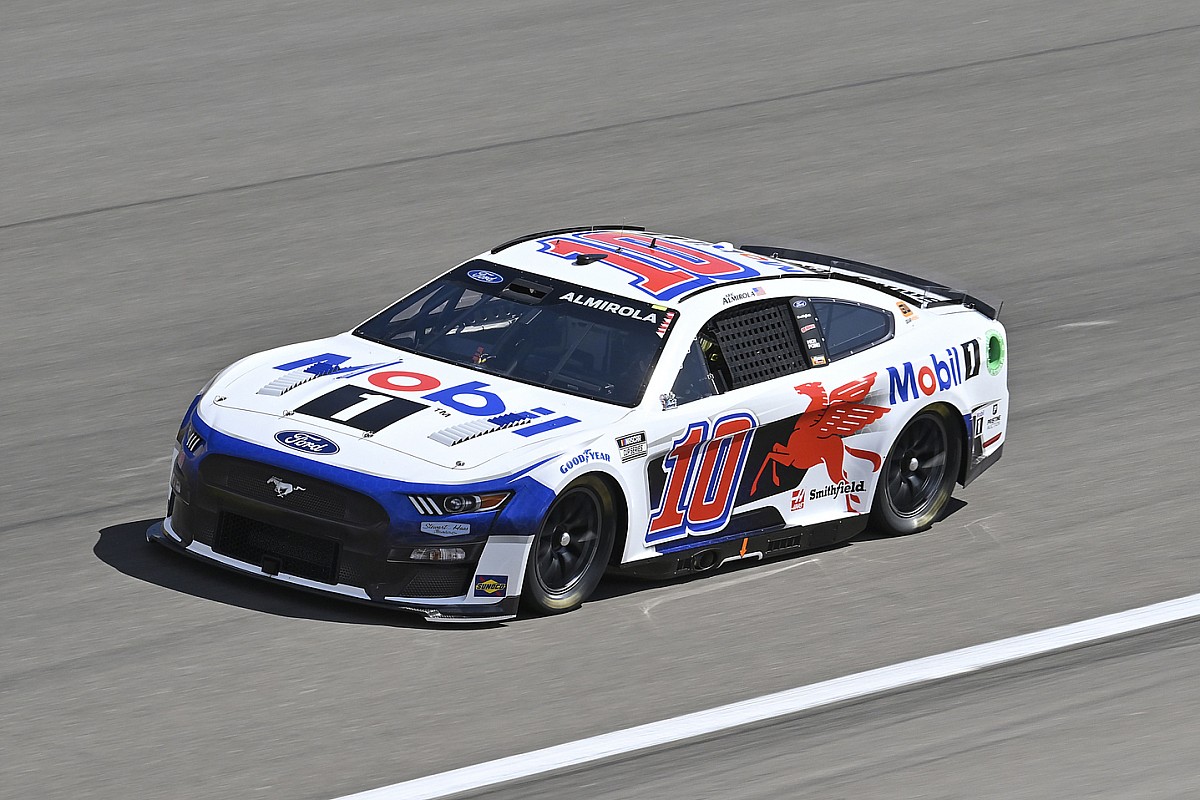 Almirola, who decided he will retire from fulltime NASCAR competition at the conclusion of the 2022 season, is the only series driver to have finished in the top-10 in each of the season’s first three races.

He opened the year with a fifth in the Daytona 500, was sixth at Fontana, Calif., and fought back from numerous issues Sunday for another sixth at Las Vegas Motor Speedway.

With his sixth-place finish last weekend at Fontana, Almirola had already continued a quirky 49-year NASCAR streak of at least one driver finishing in the top-10 in the season’s first two races.

His three consecutive top-10s has Almirola sitting, sixth in the series standings heading into this weekend’s race at Phoenix Raceway. He was the highest finishing Stewart-Haas Racing driver in Sunday’s race and remains the SHR driver highest in points.

Asked the key to his successful start so far, Almirola, 37, said: “We fight. That’s the beauty of this race team. We’re still learning this car. There’s a lot to learn about it and we’re still trying to figure a lot of things out.

“This team has so much fight in it and so much grit that it’s a lot of fun to race with these guys. We’ll keep digging and try and keep this streak alive of all these top 10 finishes. It’s a lot of fun when you run up front.”

Sunday’s race at Las Vegas was a prime example of some of the obstacles Almirola’s No. 10 Ford team has had to overcome in races this season.

During Stage 2, Almirola reported he was feeling numbness in both of his legs – a problem driver Tyler Reddick experienced the week before at Fontana.

By late in the race, Almirola had worked himself up to the Top-10 when a caution with two-laps in the race sent it into a two-lap overtime. Almirola lined up eighth on the restart and earned two more positions before the checkered flag.

“We take the first half of the race and it’s really about learning. We make adjustments. If they’re no good, we go back on them and just keep fine-tuning on the car to get it to where we need to get it,” he said. “Usually, the last few weeks we’ve gotten the car where we needed to have it at the end of the race.

“It’s been nice. It’s so much fun to race with this group of guys and everybody that supports us. Our Ford Mustang was fast. We’ve got some work to do to keep up with some of the other manufacturers. We’ve got to continue to do our homework, but, nonetheless, this is a great start to our season and a lot of fun.”