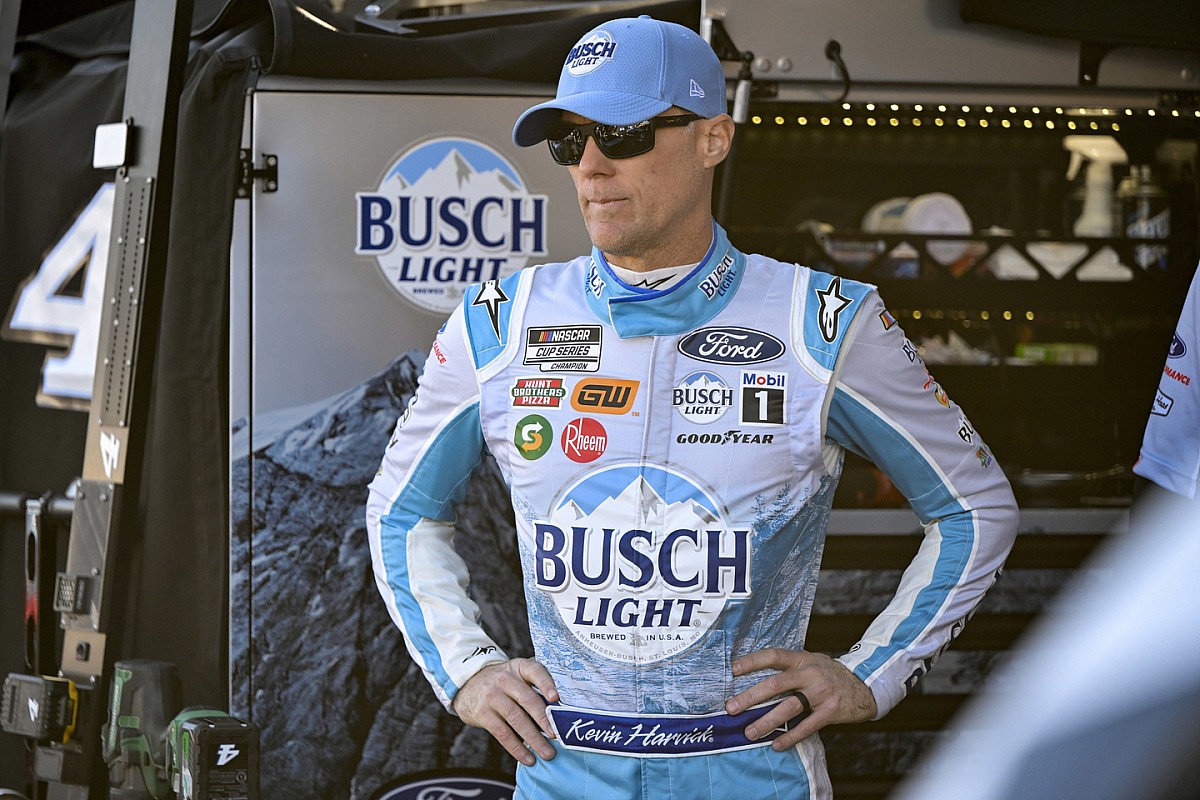 NASCAR went well off the beaten path – and tradition – by moving the 2022 non-points, preseason Clash away from Daytona and onto a ¼-mile made-from-scratch asphalt oval built inside the Los Angeles Memorial Coliseum.

The veteran driver who grew up in Bakersfield, Calif. – a two-hour drive north of Los Angeles – said he was impressed with his first on-track experience Saturday at what NASCAR had created.

“Well, first, just the guts that it took for NASCAR to take the leap and try an event like this and then seeing how practice went and how smooth everything has gone,” Harvick said. “The doors that are open have been blown wide open now.

“I think as you look at this particular facility, the thing that I remember most about it are Mickey Thompson off-road trucks jumping out of the top over there. Motorcycles and those off-road trucks were what I watched here.

“Obviously, it is an iconic site and I think for me, being close to home and knowing that I have a lot of friends and family that are just intrigued by the event.”

Harvick, in his No. 4 Stewart-Haas Racing Ford, ended up second-fastest in Saturday’s practice sessions, which contrary to many predictions, ended up relatively incident-free with the tight racing confines.

In Harvick’s opinion, the Clash’s move to a new location and on a new track, has already proven the event a success.

“The intrigue of the event is really the most valuable piece of the event, not only for what we do as teams but for our sponsors and new fans and for the sport in general,” he said. “This is the type of event that you need to blow it out of the water at the start of the season to get the eyeballs and the people and you guys to all show up because it is different.

“That is the world that we live in. We live in different and trying new things and having the guts to do it is sometimes hard to do, but the rewards are pretty big on the other side when it works.”

Asked if there was a responsibility on drivers in Sunday’s main event to put on a good race, Harvick said he believed NASCAR had already “won” the weekend.

“I don’t think you can screw it up at this point, personally,” he said. “The event is here. The race track didn’t fly up. Practice went good. The cars all made the corners. People were passing each other.

“When you look at everything that has happened, the amount of tickets and media passes and all the things – you can’t screw it up at this point. That is my opinion.”

Harvick was far from alone in that opinion following Saturday’s practice.2

“I think it’s awesome; everything about it. Staging outside, driving through the tunnel, getting out there – it all kind of has that grassroots feel to it a little bit,” he said. “I feel like NASCAR did an amazing job with the race track and, so far, I don’t really have any comments of concern.

“I feel like, a lot of the time, us drivers think we’re way smarter than NASCAR and we could have done a better job than them with whatever they were doing. Hats off to NASCAR and what they’ve done to build a race track here.

“I look forward to the rest of the weekend. I know it’s going to be a great event.”