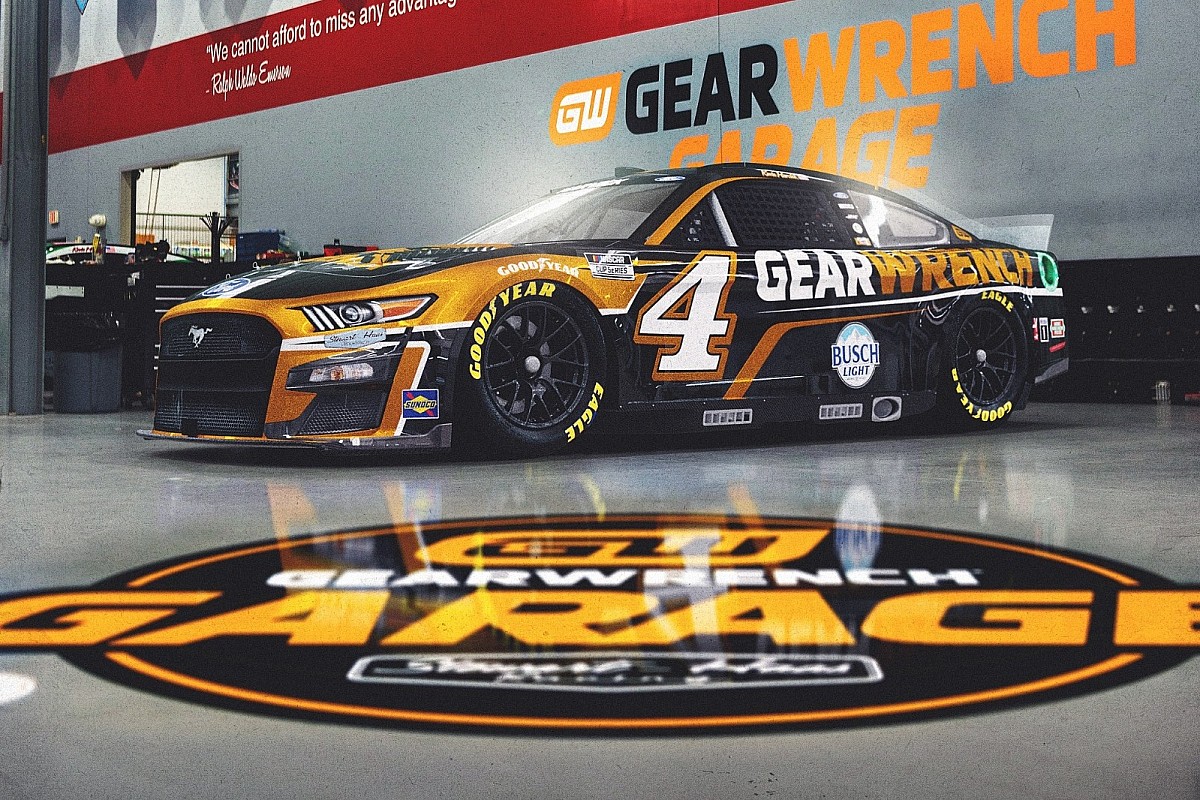 GearWrench, a hand tool brand from Apex Tool Group, has entered into a partnership with Stewart-Haas Racing, co-owned by NASCAR Hall of Famer Tony Stewart and Gene Haas.

As part of the partnership, GearWrench will serve as the primary sponsor on Harvick’s No. 4 Ford in five races beginning with the 2022 season, which coincides with the debut of NASCAR’s Next Gen car.

GearWrench will serve as an associate sponsor on the No. 4 the entire season and becomes the “official tool partner” of SHR, which comes with naming rights to SHR’s main car assembly area.

“I’m the guy driving the racecar, but NASCAR is definitely a team sport,” Harvick said. “Preparation is one of the most important elements of success. If you’re not prepared when you come to the track, you’ve already lost.

“Having the right tools for the job is a must, and having a partner in GearWrench makes us a better race team.”

Harvick has won 58 Cup Series races, placing him 10th on the series’ all-time win list. The 45-year-old from Bakersfield, Calif., won the series championship in 2014, and the 2022 season will be his 22nd year competing in NASCAR’s premier series.

“We’ve prided ourselves in putting the right people in the right positions at SHR, and the people who turn wrenches on our racecars are the best in the business,” said Stewart, who scored 16 of his 49 career Cup Series wins as a driver/owner at SHR, along with one of his three championships.

“We have high standards, and GearWrench tools not only meet, but exceed those standards. This is a partner who is as dedicated to winning as we are.”