2022 is a year of change for the sport, and especially for Keselowski. After spending the last 12 years with Team Penske, he left the No. 2 car behind for an entirely new challenge at Roush.

Once a super team with five full-time entries, the organization has struggled in recent years and downsized into a two-car operation. Roush Fenway has won no Cup titles since 2004 and hasn’t won a Cup race since 2017.

The 38-year-old picked quite the year to become a team owner at the Cup level with supply chain issues and parts shortages putting a lot of pressure on teams ahead of the Next Gen’s car debut season.

“The team guys are living that a lot more than I am,” said Keselowski. “The guys that are on the floor are more frustrated because when a part comes in, it is now that they are working through the weekend because everything is coming just in time and we can’t lose that time. For me, it isn’t terribly frustrating, but I have a lot of empathy for the guys on all the teams when a part comes in on Friday and now they have to work through the weekend because we have to get this done now. It has really affected their lives the most and been a big challenge for our shop teams. That said, we have almost 200 people, just shy of that, and we try to use that manpower wisely to work around it but there are a lot of sacrifices they are making that aren’t sustainable.

But there is a light at the end of the tunnel with Keselowski predicting that ‘normalcy’ will return by mid to late summer. 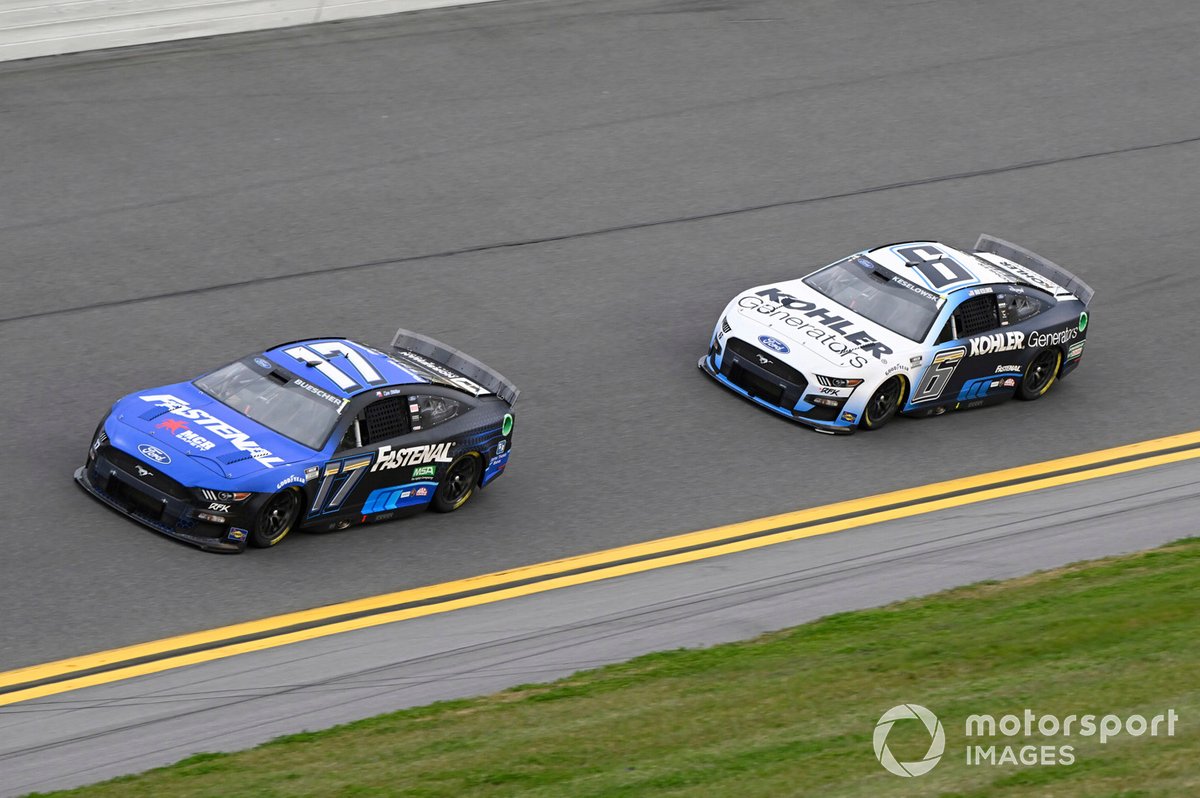 The Michigan native may be new to ownership in the Cup Series, but he has run a race team before. Brad Keselowski Racing competed in NASCAR’s Truck Series from 2008 to 2017, winning 11 races and featuring five future Cup drivers. With RFK, he intends to focus more on the competition aspect of the team and let the already established leadership team at Roush Fenway handle the business side of things.

“Well, I have made it a point to intentionally not sit in a lot of meetings of that nature because I have my hands  — well I am probably more elbows deep on the competition side in turning this company around to where it can compete and win races,” he explained. “There is only so much I can do. When it comes to the more business nature aspects, Steve Newmark (RFK Racing president) and the team are more into that world than I am.

“That said, there are incredible opportunities out there that are just coming at us from all directions and I think we would be foolish not to embrace them. We have a leadership team that I think is really engaged in doing just that at NASCAR. I think Steve Phelps is pushing really hard in that direction. It is going to happen. I think NASCAR does a better job than they have in the last decade of integrating themselves into mainstream culture and the next big things as they come rather than kind of playing from behind we are playing from in front. I think there is good energy there and good energy in our sport. I feel good about my investment and time in being an owner because I think the sport is really on the cusp of a big upswing.”

There was no shortage of praise for NASCAR’s recent decisions from the veteran driver, a sport once averse to any change that has now come to embrace it. Since 2019, NASCAR has doubled the number of road courses on the schedule, turned Bristol Motor Speedway into a dirt race, changed the site of the championship finale and recently held a pre-season exhibition race at the Los Angeles Memorial Coliseum.

“The sport is changing and we are trying to find new fans and try to grow with the world around us,” said Keselowski.

He continued: “I think the moves on the schedule have been a huge success. You could maybe argue long overdue. I am really happy to see the changes we have made and eagerly anticipating changes we will make to the schedule for years to come. I think it drives an energy into our sport that is critical for our sustainability and success. If that comes with expense to the team along the way – and I think I can say this as a team owner now – we need to just suck it up and make it work. When you look at those costs, they aren’t nothing without a doubt, but they are nowhere close to even more than 1 or 2 percent of our budget. I try not to sweat it. NASCAR has done a great job I think of some givebacks along the way and they fought really hard on the schedule stuff with everybody to get it to where it is more tolerable. I think on its face it is hard to explain the real ROI but we had gotten to a point where just being in the garage areas was a miserable experience for a lot of people.

“By getting it down to two-day shows for a lot of these things we are able to make it more manageable for our people and a big giveback to cut some costs and really improve the culture of the garage area and stop burning out people so fast. I think there have been some givebacks along the way to offset some of the challenges in the schedule. There are a lot of people that are probably frustrated over racing on Easter in the garage area but that is one of the biggest TV weekends for sports so it made sense to me from that perspective. I think we have a lot of good things going on, more good than bad than I have seen in my time at the Cup level which is 12 or 13 years now.

“There is a lot of reason for excitement and I think we are on an upward trend and a big part of that starts with schedule variability that we really hadn’t had five or six years ago.”