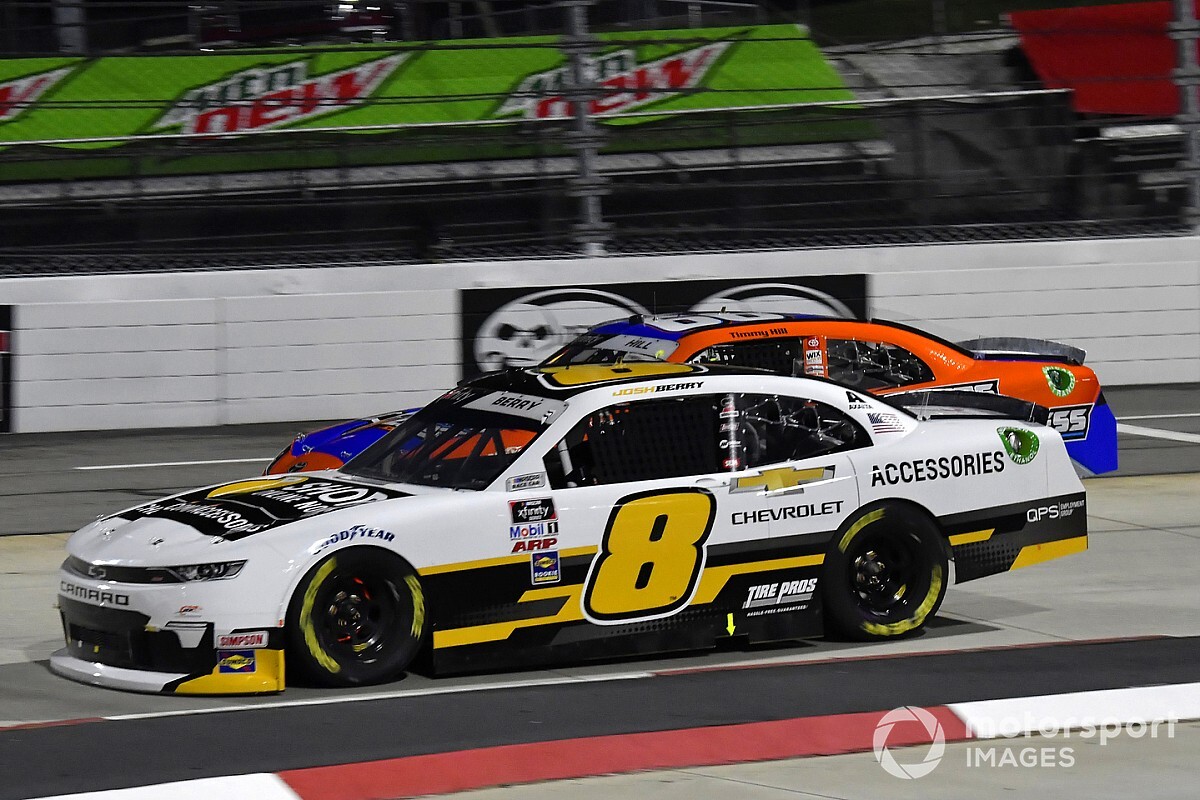 Berry led 95 of 250 laps on his way to capturing the checkered flag.

After rain forced the postponement of Friday’s NASCAR’s Xfinity Series race, the event got back underway Sunday.

Brandon Jones led the way at the Lap 97 restart, and it didn’t take long for contact on the half-mile short track. Ryan Vargas sustained significant nose damage after a brake failure on the restart.

Joshua Williams brought out a yellow in what NASCAR called an intentional spin, holding him for one lap. The caution caused a split in the strategy game with Daniel Hemric staying out and leading the way while several others came down pit road.

The mood of the race abruptly changed during the final stage as the race headed towards its conclusion.

There was an incident involving Blaine Perkins and Joe Graf Jr., as well as a lone spin by Brandon Gdovic. Riley Herbst was forced to pit under green due to a left rear tire failure.

During one of the ensuing caution periods, most of the leaders pitted while several midfield teams decided to stay out.

Bayley Currey held the lead, but he was quickly dispatched by Berry.

The battle for the win was now on between the Late Model ace and sensational rookie Ty Gibbs, who took the lead with 57 laps to go.

A spin by Alex Labbe set up the final restart of the race with Berry retaking the lead from Gibbs with 28 laps remaining.

He never looked back, taking the checkered flag and his first career Xfinity Series victory in just his 13th start.

“I have so many people I can thank, I could be here until tomorrow morning,” said Berry. “Just thank you Dale and Kelley and everyone for believing in me. Everyone on this No. 8 team. Man they’ve been through a lot these last couple years. Man I wanted to win bad for these guys.