John Hunter Nemechek to remain at KBM for 2022 Truck season 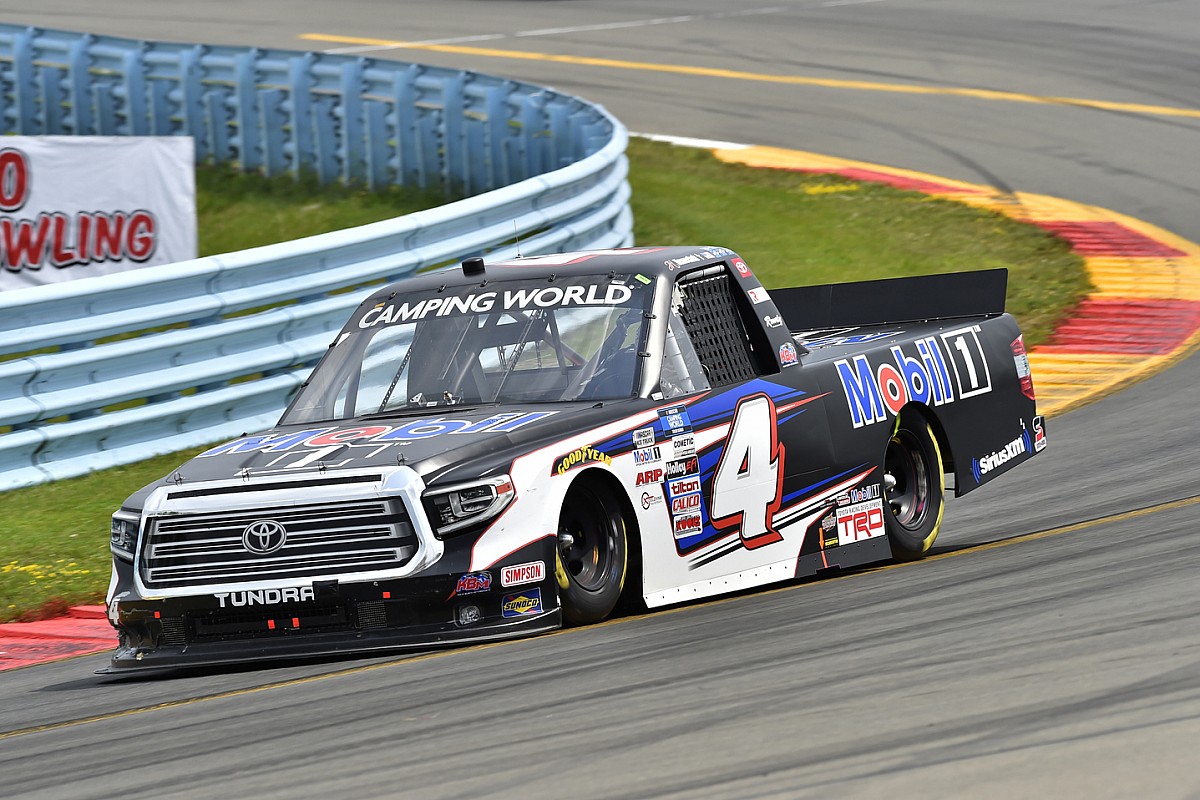 Kyle Busch Motorsports announced Thursday that Nemechek, 24, will return to drive the No. 4 Toyota next season. Also returning to the No. 4 team will be crew chief Eric Phillips, the winningest crew chief in series history.

“I came to Kyle Busch Motorsports because it was an opportunity to get back to Victory Lane – I accomplished my goal of being here for wins and I’m excited to be coming back for more next year,” Nemechek said.

“We have some unfinished business left trying to bring the championship trophy home to KBM this year and then we’ll go to work on the brand new 2022 Tundra so that we can compete for more wins and another championship next year.”

With two races remaining this season, Nemechek leads the Truck Series in wins (five) and top-five finishes (12) and is tied with the most top-10 finishes (15).

He captured the regular-season championship and entering next week’s race at Martinsville (Va.) Speedway, is in excellent position to advance to the Championship 4 at Phoenix.

Nemechek, in his first season driving for KBM, collected his first victory of the season at Las Vegas Motor Speedway in March. He also won at Richmond, Va., Charlotte, Texas and Pocono.

Said team owner Kyle Busch: “It’s been refreshing to see John Hunter get the No. 4 Tundra back out front leading laps, winning races and competing for a championship this year like it had in the past and it’s important for us that we are able to keep him in that seat for another season.

“In addition to the accomplishments of the No. 4 team this season, the efforts that John Hunter and Eric have put in behind the scenes have helped keep that winning edge of performance in our whole program.”

Phillips returned to KBM in 2021 to lead the No. 4 team efforts after six seasons working at Joe Gibbs Racing in various roles. His 42 career Truck Series victories make him the winningest crew chief in series history, with 32 of those coming at KBM.

Sponsor announcements for the 2022 season will be announced at a later date.