Driving in his first season for Kyle Busch Motorsports, Nemechek has led more laps (487), has more wins (five) and more playoff points (49) than another other contender but doesn’t intend to take anything for granted.

“For us, we are humble. We want to continue to win races and for myself, I’ve been the underdog (in the past). I’ve had that mindset, and now we are kind of the favorite going into it. We have to go perform. We can’t beat ourselves.

“We’ve had the championship mindset from the first race of the year, and now we are going to continue to do so. We’ve got to win when it counts.” 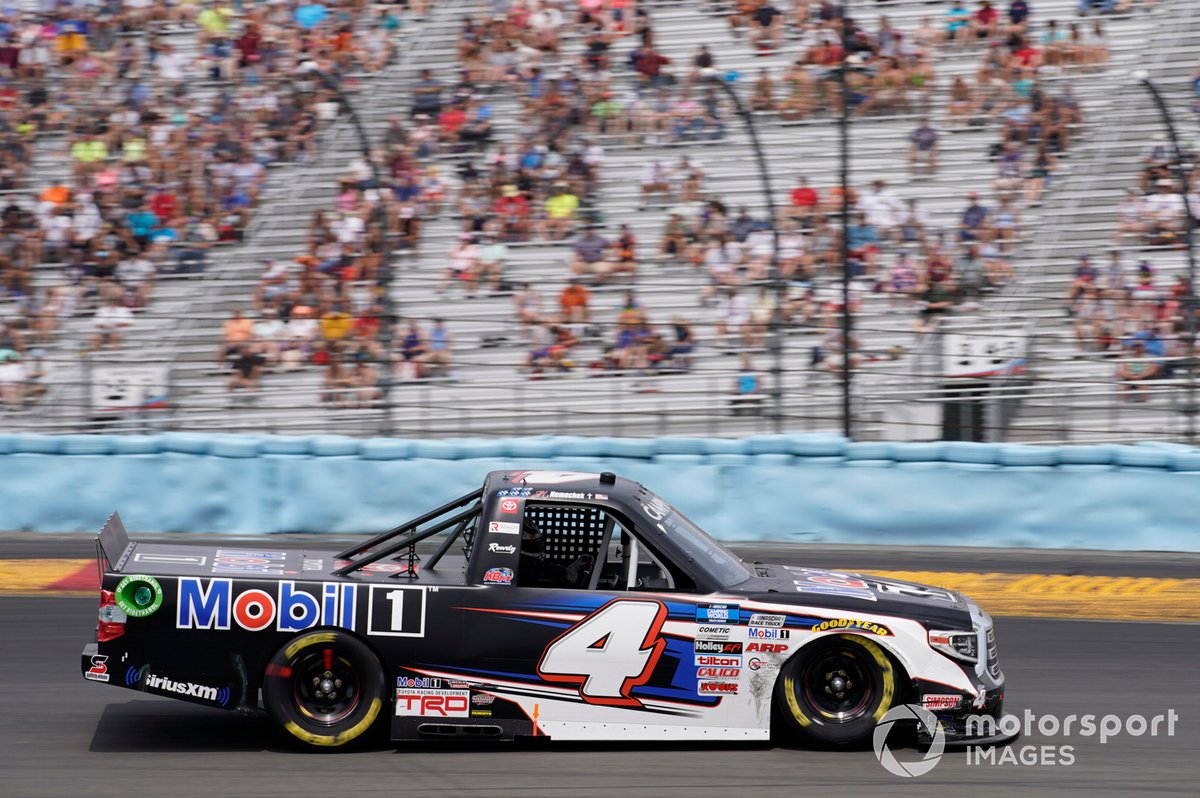 Nemechek has more wins this season than any other driver, including his boss, the Truck series’ all-time wins leader Kyle Busch.

In the five races Busch was also to run this season, he won twice and finished second in the other three – each time to Nemechek.

Even with that kind of impressive performance, Nemechek knows there were times this season when he and his No. 4 Toyota team could have improved.

“There have really been three races that stand out that we haven’t ran good at. Circuit of the Americas, Nashville, Knoxville. Well, four really, including Bristol dirt,” he said. “Luckily, we have that road course out of the way, the two dirt races out of the way, and Nashville is kind of unique in its own way.

“For myself, just can’t make mistakes, can’t speed on pit road. I’ve got to optimize restarts, pick and choose my battles when we need to and go and win races. We don’t want to make anyone mad.

“We don’t want to make anyone wreck us or put ourselves in a position to do so, at least on purpose. For us, it’s going out and having that championship mindset to go and compete every single week and do the best that we can.”

Gateway is as good a track as any for Nemechek to kick off his title run.

He won at the track in 2017, leading 46 laps, including the final six, on his way to picking up what was then his fourth win of his career.

In four career starts at the track, he was a win, has led 100 laps and owns two top-five and three top-10 finishes.

“I really enjoy going to Gateway, you use quite a bit of break there, you shift some and I would call it a big short track. We start second, so we have to try and get the lead early and try to lead every lap and win the race,” Nemechek said.

“That’s what we are set out to do and with no traditional pit stops this week (because it’s a standalone race) and being stage breaks like we’ve done on the dirt side of things, we are going to have to go and race your way to the front.

“There is no pit strategy, you have to go and have the fastest truck and I believe that we can do that out of Kyle Busch Motorsports.”