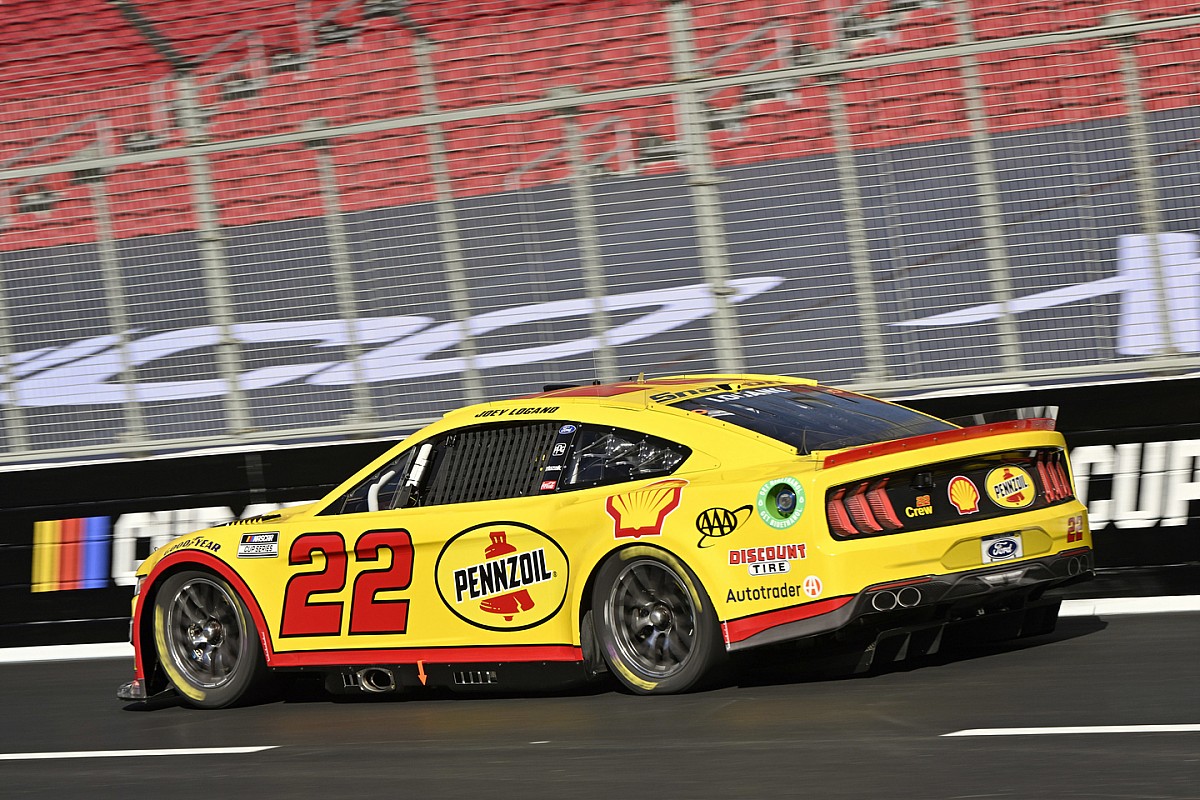 Logano and Busch and battled up front virtually the entire 150-lap event but Logano finally grabbed the lead on Lap 116 right before a caution was displayed for an accident involving Kyle Larson and Justin Haley.

Logano led the final 35 laps on his way to the non-points win but with five laps remaining, Busch had closed to his rear bumper and the crowd on hand was sensing fireworks.

With one lap remaining, Busch got wide off turn 2 and lost ground, allowing Logano to take the victory by .877 seconds.

“I can’t believe that we’re here at the LA Coliseum and we got the victory with the ol’ Shell Ford Mustang – just an amazing event,” Logano said. “Congratulations NASCAR – it’s just a huge step in our industry to do this; put on an amazing race for everybody.

“I’m out of breath. I’m so excited about this, it’s a big win. My wife’s having a baby tomorrow – our third one – so it’s a pretty big weekend for us.”

Logano struggled in practice on Saturday but did manage to win one of the four heat races held Sunday to set the field for the main event.

“The guys working on the car did an amazing job finding speed when we were slow,” he said. “We were 28th or so on the board yesterday and made some good changes – worked with our teammates – Ryan Blaney a lot. I owe a lot to him, too, to see some of the gains that they made and ultimately get the win.

“I want to say hey to my buddy (son), Hudson and Jamison and my wife, Brittany. This is cool. I’m headed home right after this. I told her, if you’re having the baby I’m just running right off

the track from here, so I don’t think it’s happening right now, but this is special to get the first Next Gen win, the first win out here in the Coliseum.

“It’s a special one, so we’re gonna have some fun and celebrate it.”

This season’s Clash race was held on a track other than Daytona for the first time since 1981 and on a ¼-mile made-from-scratch asphalt oval built inside the iconic coliseum.

It was also the first competitive race for NASCAR’s Next Generation car in the Cup Series, which is the most revolutionary iteration of stock car in the sport’s history.

Following the halftime break, the cars restarted in the position in which the first segment ended with Busch out front, followed by Logano, Haley and Byron.

On the restart, Larson used a three-wide move to take over the second position as Logano dropped to third.

With 50 laps remaining, Busch had moved out to a little more than a 1-second lead over Logano with Larson in third.

On Lap 115, NASCAR threw a caution as Blaney fell off the pace and needed to take his No. 12 Ford into the infield. Blaney had been knocked out of the way by Jones. While in the infield, Blaney tossed his HANS device toward Jones’ No. 43.

When the race resumed, Busch remained out front followed by Logano and Larson.

One lap later, a caution was displayed after Larson and Haley traded contact which sent Haley’s No. 31 Chevrolet into the frontstretch wall just as Logano moved in front of Busch for the lead.

The race resumed on Lap 117 with Logano leading the way.

With 10 laps remaining, Busch had closed to Logano’s rear bumper and was trying to reclaim the lead.

Busch, who started on the pole by virtue of his win the first heat race on Sunday, got beat at the line on Lap 1 by Tyler Reddick, grabbed the lead back on Lap 2, only to see Reddick reclaim it on Lap 3.

By Lap 25, Reddick remained in front but was closely followed by Busch and Haley.

With 25 laps remaining before the halftime break, Reddick maintained a steady lead over Kyle Busch.

On Lap 64, Ricky Stenhouse Jr. went around off Turn 4 with help from Harrison Burton to bring out a caution. Denny Hamlin appeared off the pace at the same time and immediately took his No. 11 Toyota to the infield.

Hamlin’s team reported a power steering problem and he would not be able to continue in the race. “Looks like the power steering belt came off and took the hose with it,” Hamlin said.

Just before the race returned to green, Chase Briscoe was forced to pull his No. 14 off the track, as did Reddick, who was leading the race.

The race resumed on Lap 64 with Busch the new leader.

Chase Elliott spun in Turns 3 and 4 on Lap 66 to bring out another caution. The race returned to green shortly thereafter with Busch still leading over Logano.

Ryan Preece had to start the race from the rear of the field due to unapproved adjustments to his No. 15 following the heat races.