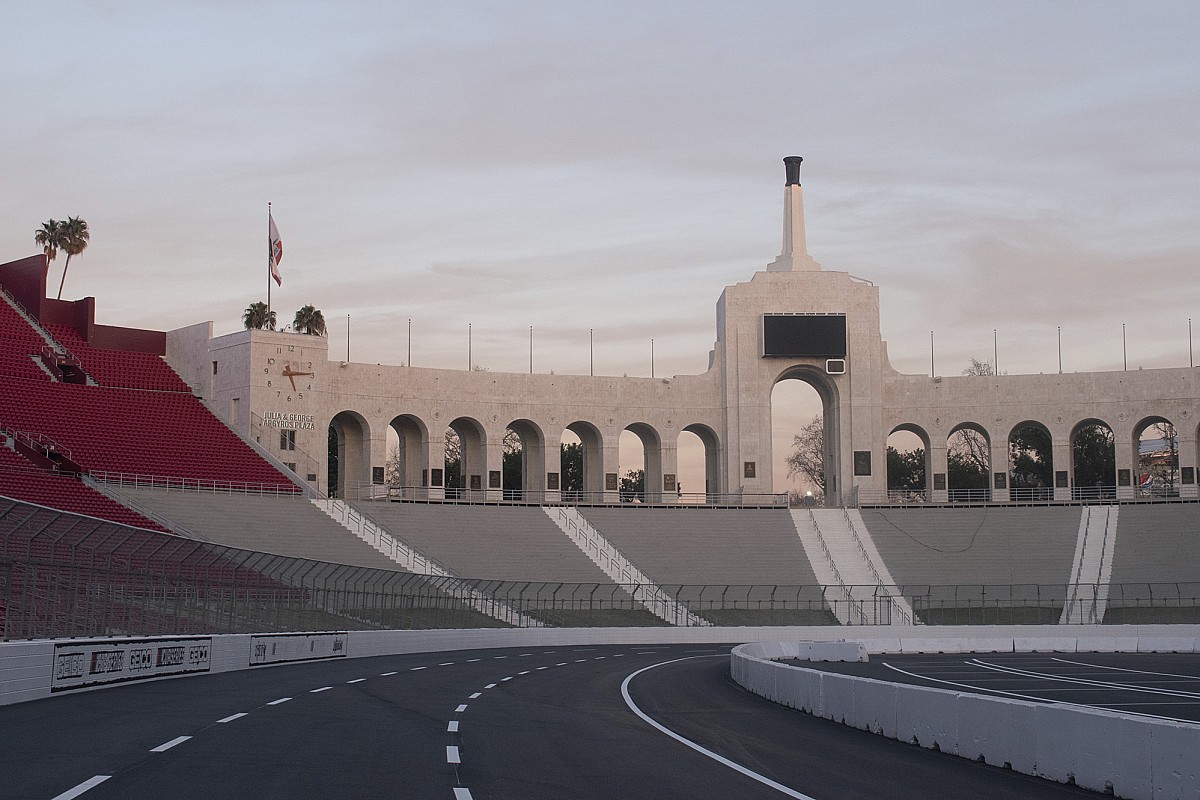 The 2022 season unofficially kicks off on Sunday with the preseason exhibition Busch Light Clash, which will be held on a made-from-scratch ¼-mile asphalt oval inside the Los Angeles Memorial Coliseum.

The race will also mark the on-track debut in race conditions of NASCAR’s Next Generation car – a revolutionary change in the Cup Series from previous iterations of stock cars.

Logano, who won the series championship in 2018, said the tight confines of the ¼-mile track will “test your character.”

“You’re in that position more and more every year as you see the way the playoff schedule is, especially last year,” he said. “It tests who you are and how do you want to race and what are you going to do to make it to the Championship 4 or to win a championship.

“NASCAR has put us all in a position to make challenging positions on what is right. I’ll be 100-percent honest with you, a lot of times you don’t know what’s right. You try to play out all those scenarios in your mind before the weekend starts so you know what to do in the moment.

“Half the time it’s something that comes up that’s maybe something you didn’t think about or something you didn’t have the answer to yet and you’re forced to make a decision in a split second. That’s the position that we’re put in. That is very entertaining for you guys. That sucks for us sometimes.”

Regardless of what’s on the line in Sunday’s race, Logano, 31, said the design of the track itself will put drivers in unwelcome positions, in which they have to face a lot of risk vs. reward scenarios with possible disastrous outcomes.

“You’ve just got to do what you’ve got to do. You look at the way they’ve designed this track, not just the fact that it’s small, but the way they put the curbing on the bottom (of the turns),” he said. “It just seems like it opens the door for more contact and sliding it down in there, so we will have to wait and see.

“There’s gonna be moments. There are transfers that they’re probably going to do what they’ve got to do to get into the feature, and you’ve got no points on the line. Just because there’s no points on the line doesn’t mean that grudges don’t get carried over to the next race, either.

Logano, who drives the No. 22 Ford for Team Penske, said he doesn’t expect driver decisions during the race to look much different this weekend than they will two weeks from now in the season-opening Daytona 500.

“Maybe winning the Daytona 500 is a little better feeling. It pays a lot better; I promise you that,” he said. “Maybe a lot cooler trophy, too.

“I can’t say it’s the same thing, but we’ll probably race the same way. We’re competitors that want to win, so I don’t think anything changes.