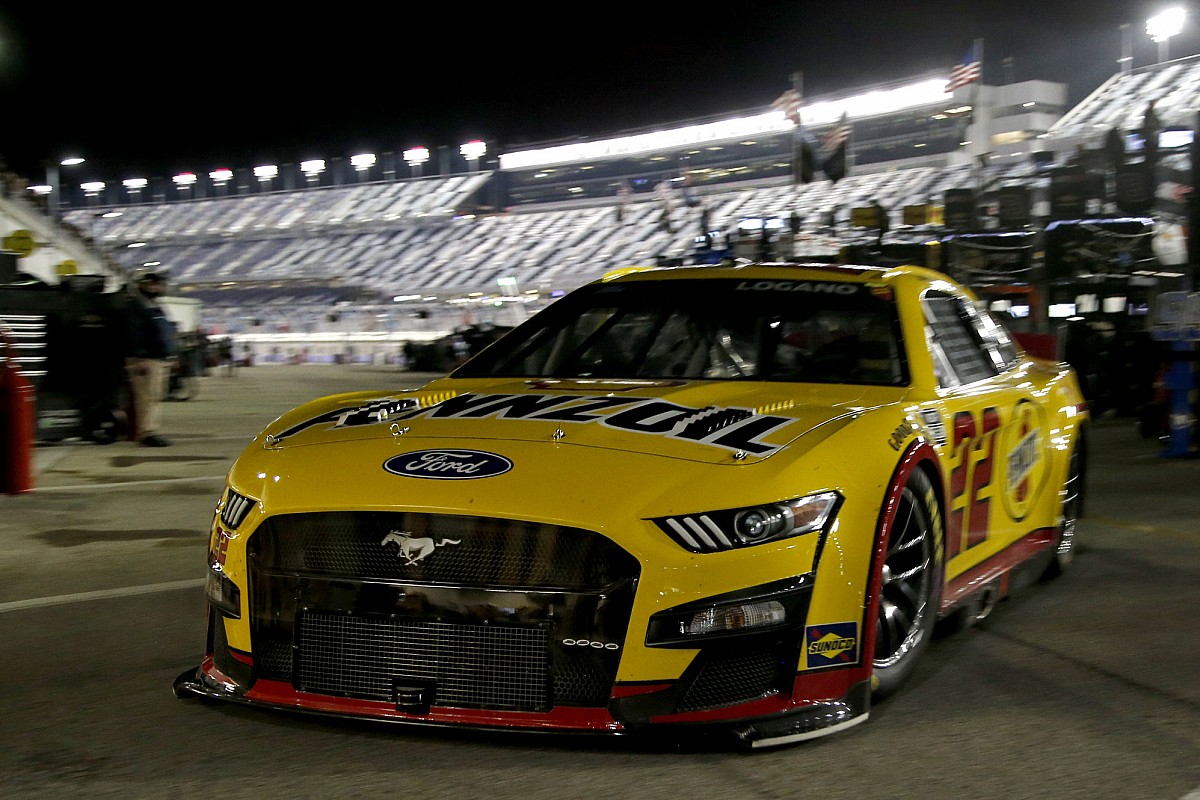 While exiting Turn 2 on the final of 60 laps, Logano was leading but Chris Buescher darted to the inside to attempt a pass for the lead.

Logano, however, dove down trying to block Buescher’s advance and instead got hit from behind and slammed into the outside wall, which brought out a caution and did significant damage to his No. 22 Ford.

Buescher was leading at the time of the caution and was declared the winner and Logano was left as the first driver to move to a backup car, which will require Logano to start Sunday’s Daytona 500 from the rear of the field.

“Driver screwed up. That’s really all there is to it,” Logano said when asked what happened. “I thought I was still clear and the run came a lot quicker than I thought it would. I tried to block it a little bit and just got a tag in the left-rear and off it went.

“It’s my fault. It stinks because it tore up our car and kind of puts us in a spot as a race team. It’s just a dumb mistake.”

Logano said he felt he was “a bit of a sitting duck” on the final lap but didn’t think Buescher would get as good as a run as he did so quickly.

“He didn’t fall back that far and it came to me so fast,” Logano said. “I reacted to try to block it and I should have just let it happen and tried to race from there. I just messed up.

“The worst part is I put our team in a bad spot trying to fix this thing or get another car. I got the No. 21 too in it, so it’s a dumb mistake. That’s all there is to it. I’m not perfect.”

As Logano mentioned, Harrison Burton’s car collected damage in the incident but his Wood Brothers team believed they could repair the damage. Michael McDowell nearly got caught up in the wreck as well but escaped untouched to finish second.

With backup cars at a premium and the difficulty in securing the new parts and pieces of the Next Generation car, Logano’s wreck put Team Penske in a difficult spot to kick off the 2022 season.

Logano also loses what had proven to be a very competitive car during Speedweeks.

“It doesn’t help, but we’ll try to make it as best we can,” he said. “We’ve got a couple days of practice to work on it and get it good and we’ll move on.

“There’s nothing I can do now. I wish I could reverse time, but I can’t. Like I said, it was just a mistake. We’ve got to move forward.”