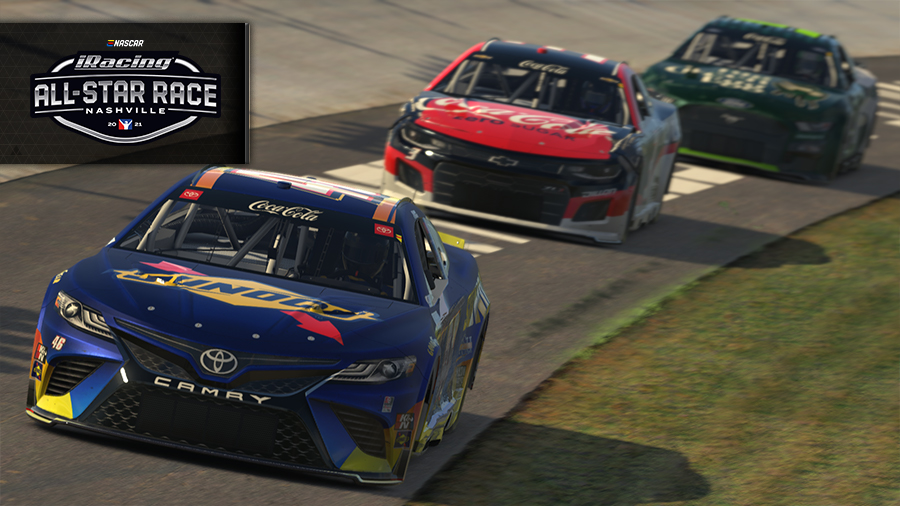 Just call it the summer of Mullis.

Richmond Raceway eSports driver Jimmy Mullis hasn’t had much to lament over the month of July, that’s for sure. Previously on the top 20 bubble in eNASCAR Coca-Cola iRacing Series points, Mullis started the month by taking his third win at New Hampshire Motor Speedway in four years to thrust himself into the playoff conversation. And last night, at Nashville Superspeedway, he outdueled Team Dillon Esports’ Corey Vincent in the 2022 NASCAR Cup Series Next Gen cars to earn the lion’s share of a $5,000 purse in the eNASCAR iRacing All-Star Race.

The night kicked off with the All-Star Open, where drivers discovered the importance of saving their tires for a charge to the front at the end of the race. Mode Motorsports’ Matt Bussa and Jim Beaver eSports’ Michael Guest would survive an elbows-out push to the checkered flag, coming from 19th and 20th on the 21-car grid to take the top two spots. They’d join a grid of race winners and pole sitters from the past two years, plus former series champions, for the big show. 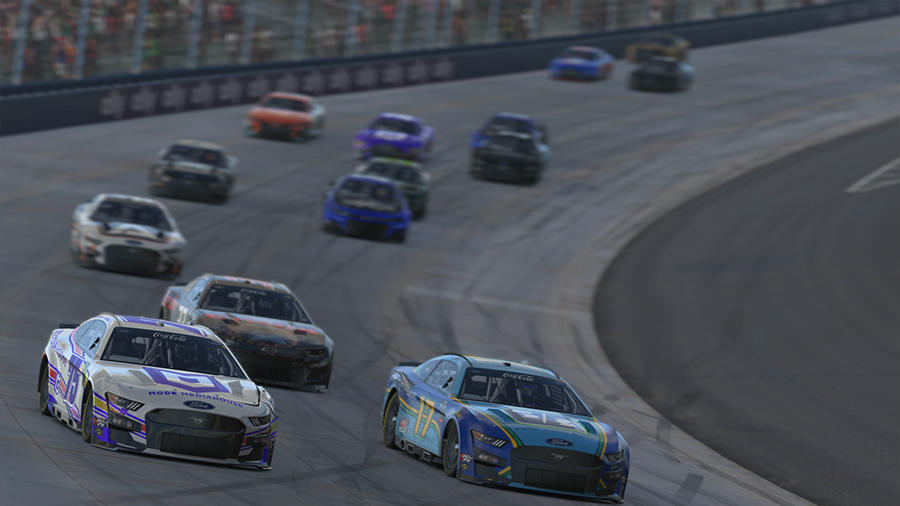 After four laps of qualifying, with each driver’s average time being used to set the grid, the top 10 qualifiers would be inverted for the 40-lap heat race. Stewart-Haas eSports’ Graham Bowlin would win the heat after making a late charge and leading just the final two laps before the big show, earning the pole for the 60-lap feature. 2020 race winner and iRacing Countdown to Green analyst Brandon Kettelle would win the first stage of the main event, while XSET’s Casey Kirwan would take the second, as drivers diverged on strategy and when to take their extra set of tires in the pits.

With only predetermined competition cautions to slow the field, the final 10-lap dash to the finish was always due to be chaotic. Kligerman Sport’s Bob Bryant elected to stay out for track position in the final dash, but he would soon be swallowed up by drivers who took four tires for the late charge. Still, that was preferable to being one of the many involved in major incidents halfway through the first lap. 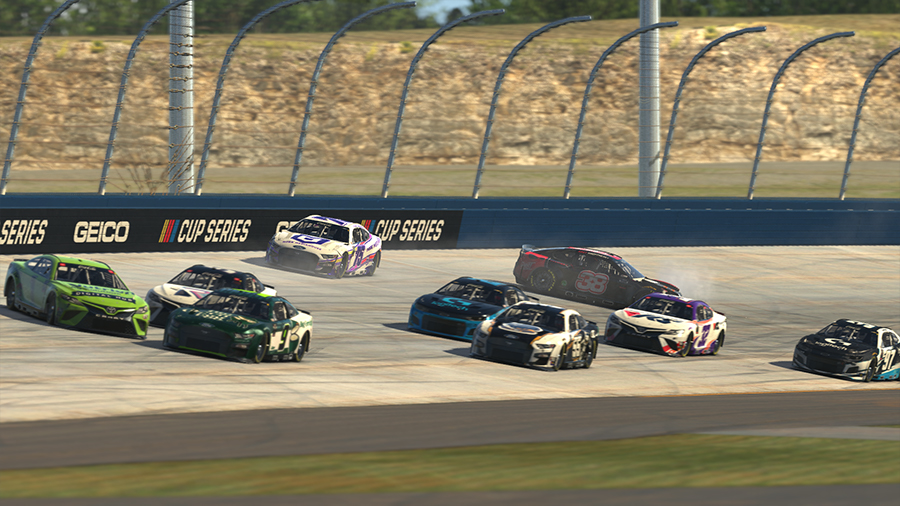 Vincent would grab the lead and attempt to break away, but Mullis would begin to reel him in as the laps wound down. After both drivers attempted to keep the racing clean for the win, they would touch heading into the first turn going into the final lap, opening the door for Guest in third to close the gap. But with Guest needing to defend his spot from the hard-charging Bowlin in fourth, Mullis would have the momentum he needed to make the move on Vincent stick for the win. He’d take home $3,500 for the victory, with Vincent claiming $1,000 in second and Guest hanging on for a $500 prize in third. 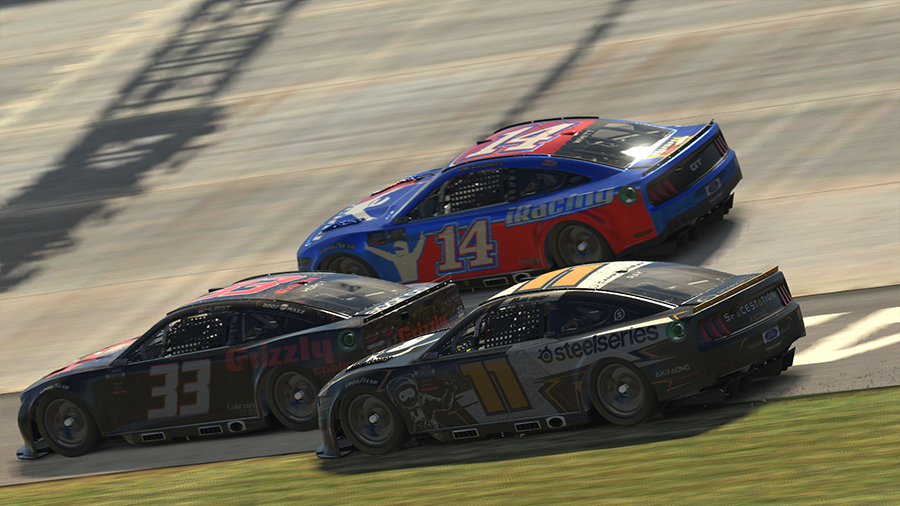 Full results from the eNASCAR iRacing All-Star Open were as follows: 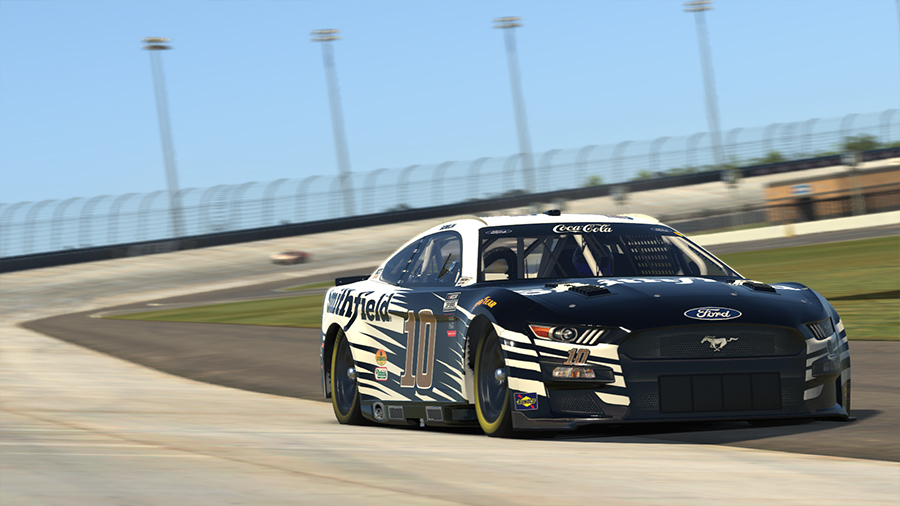 Full results from the eNASCAR iRacing All-Star Heat were as follows: 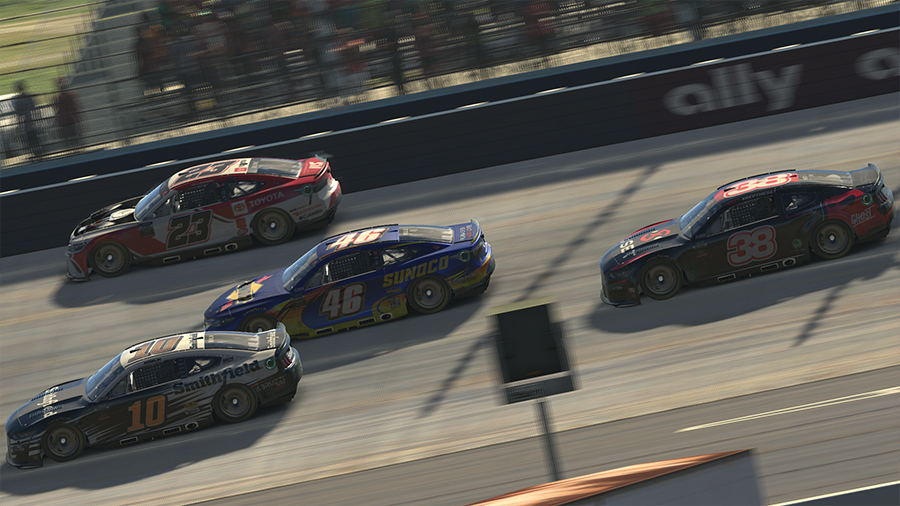 Full results from the eNASCAR iRacing All-Star Race were as follows:

The eNASCAR Coca-Cola iRacing Series season resumes next week at Watkins Glen International, the second to last race of the season before the playoffs begin. As always, coverage begins with iRacing Countdown to Green at 8:30PM ET, with the racing action picking up at 9PM ET on eNASCAR.com/live and iRacing’s social media channels. For more information on iRacing and for special offers, visit www.iRacing.com.