Jeff Gordon on Kyle Larson: “He does amazing things” 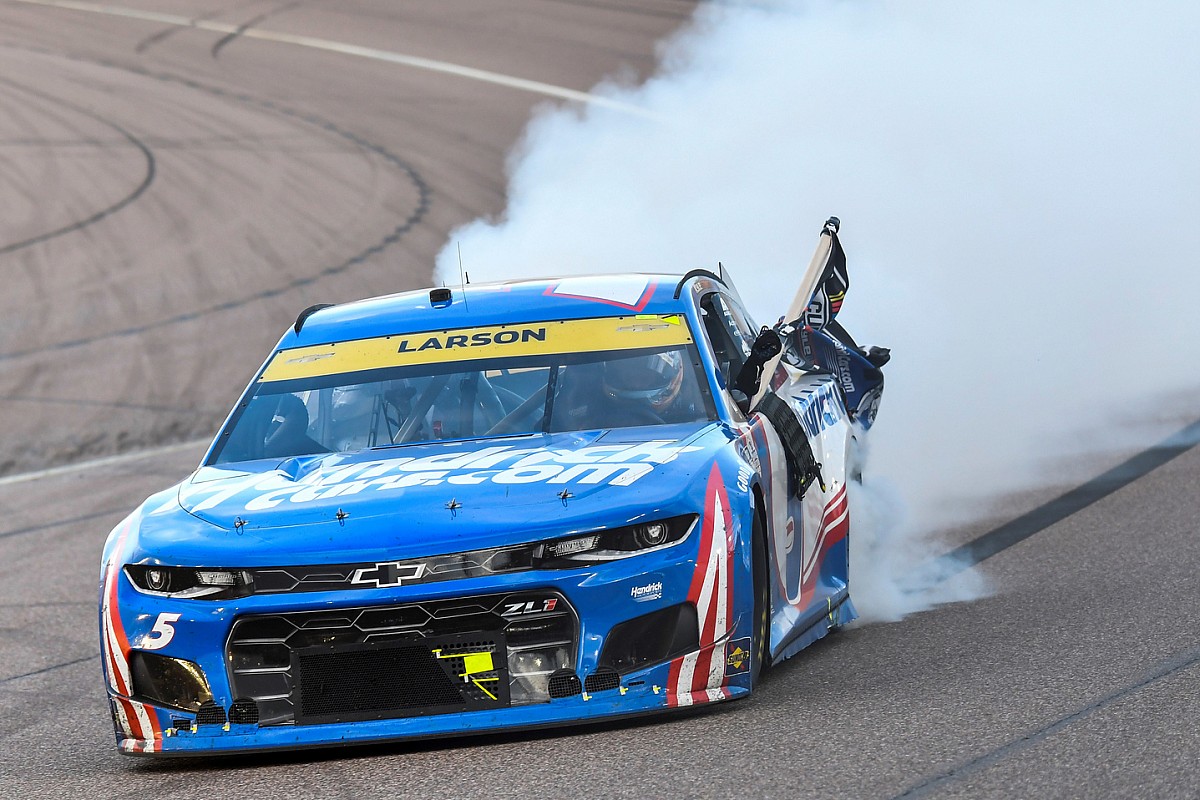 After a brief stint as a TV analyst with Fox Sports following his racing career, Gordon returned to HMS in an official role in June of this year as vice chairman of Hendrick Motorsports.

Gordon played a large role, along with team owner Rick Hendrick, in bringing Kyle Larson on board as one of its fulltime Cup Series drivers this season following his NASCAR suspension in 2020 for using a racial slur over the radio during a public iRacing event.

Larson didn’t disappoint, winning 10 races of 36 races this season, including the season finale Sunday at Phoenix Raceway, which also handed him the series championship in his first year with the No. 5 team.

“Kyle Larson is a great talent. You give him a great race car and great race teams and he does amazing things,” Gordon said. “We’ve seen it before, seen it in other forms of racing. He and this pit crew and this team, they did it all year long. They got to this point.

“What a battle. I just want to say Phoenix Raceway, NASCAR and all these fans that came out here today, this is what a championship weekend is supposed to feel like, and that was a championship battle.

As it turned, Larson’s victory was a total team effort, as Larson grabbed the lead for the final time in the race thanks to a pit stop under the final caution that gained him three positions.

Once the race restarted on Lap 289 of 312, Larson then had to hold off several serious challenges from Martin Truex Jr. to secure his 10th victory of the season and the championship.

“It was a total team effort not just from the whole season but from the whole weekend, how they prepared to go qualify and get that lap to win the pole, get the No. 1 pit stall, and they had great (pit) stops all day long,” Gordon said.

“An unfortunate caution that got them behind and then another one that helped him get another opportunity, and I think I heard it was like the second best (pit) stop of the entire year.

“That’s what championship teams do.”