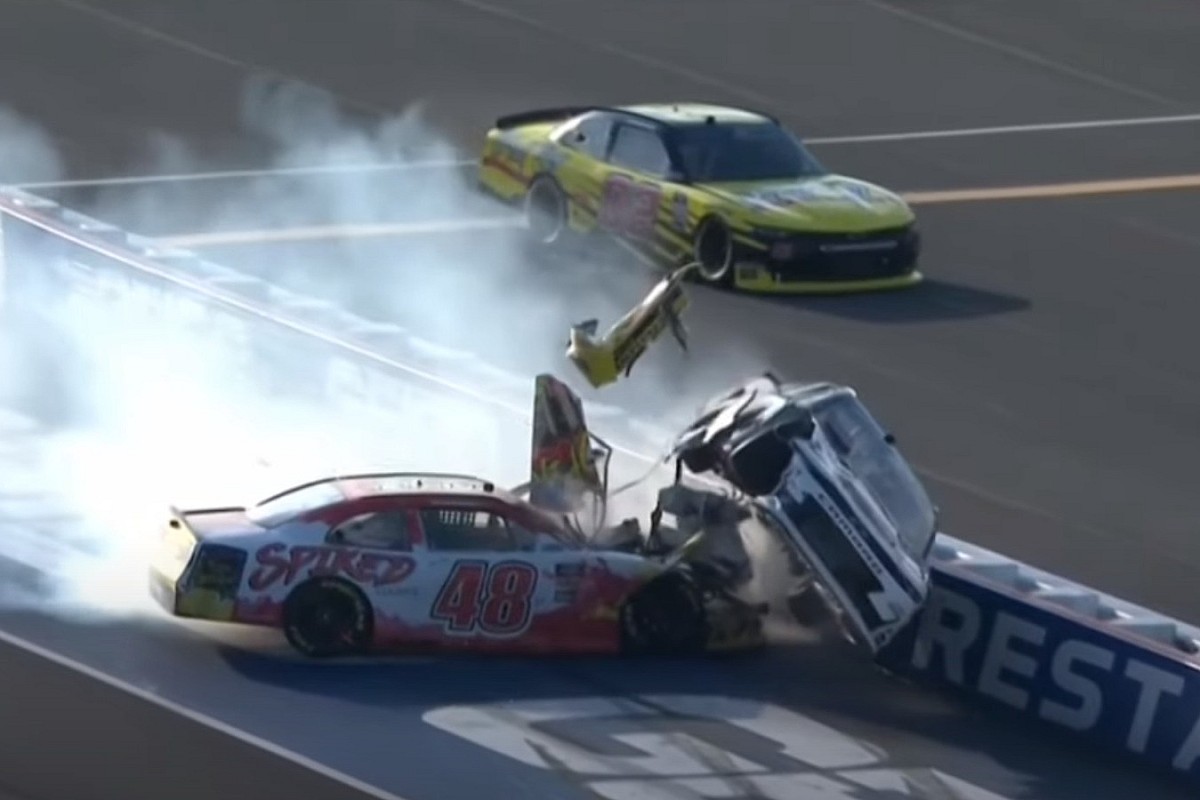 On Lap 47 of 90, Santino Ferrucci spun in Turn 3 in the middle of the field, which sent cars scurrying in all directions.

Ricky Stenhouse Jr. caught part of the wreck and was knocked toward the pit road wall and collided with Jeb Burton who was traveling right in front of it after avoiding the wreck.

The awkward collision sent Burton’s No. 27 into the air and it landed upside on the frontstretch. The race was immediately red-flagged. Burton quickly indicated over his team radio that he was OK and was extracted from the car after several minutes.

Jeremy Clements and Ronnie Bassett Jr. were also collected in the accident. The race was briefly red-flagged during the cleanup.

“Man, that was not good,” said Burton following the airborne crash. “Hate it for my guys. Those guys work really hard on our race cars and we don’t have a lot of cars. To tear up another car two weeks in a row isn’t good. I just appreciate the safety crew. They got to me fast, (and) I appreciate all of our partners for sticking with me. It’s been a tough year, but we’ll keep digging and working on some good stuff for next year.

“Main thing is we can build another race car. I’m glad I’m okay, thanks to the safety crew.”

After being released from the infield care center, Ferucci gave his thoughts on the incident as well: “My car was really, really good. I got really up close to Cole (Custer). Being part-time, it’s really hard to judge the air off the side of the cars. I just made a mistake, man. I got a little off the bottom, got really close to him and the side-force went away and I started to lose the rear. It’s a shame for everybody else because there were a lot of cars caught up in that.”