Is Kevin Harvick primed to hit a jackpot at Las Vegas? 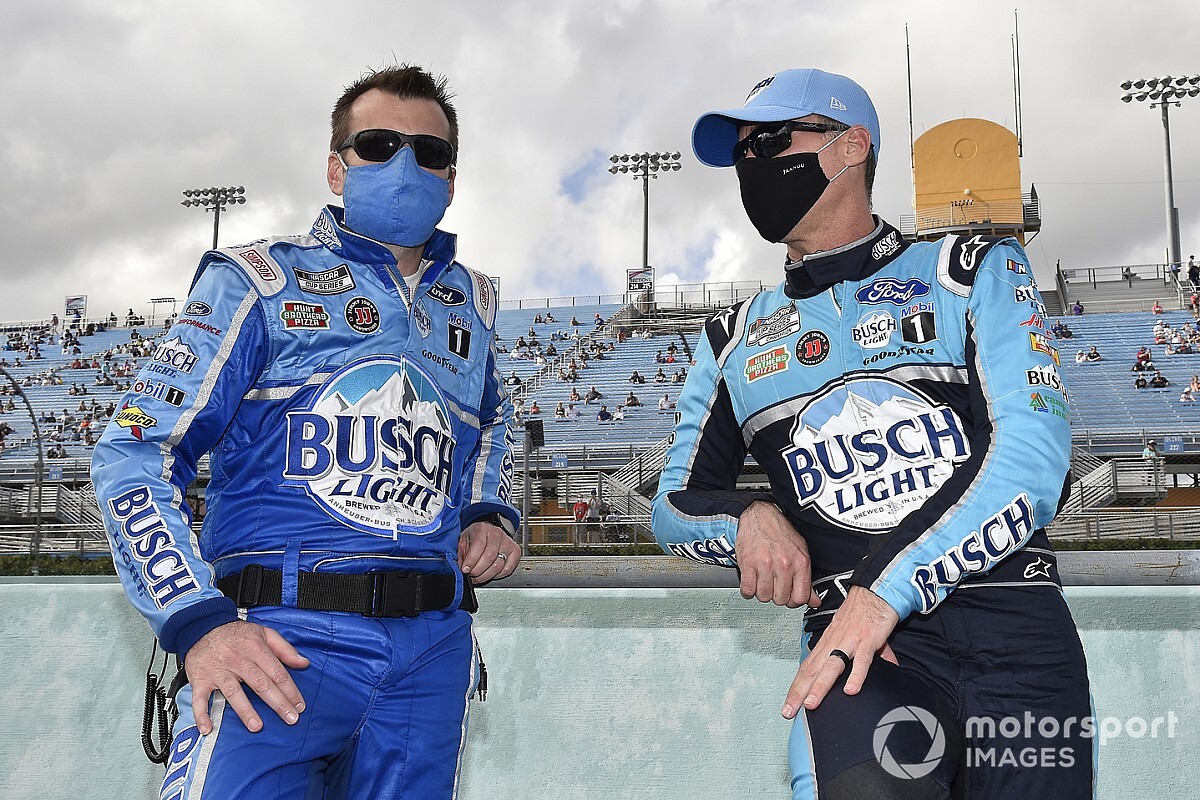 Thanks in large part to his three consecutive top-10 finishes to open the year, NASCAR’s formula for determining the starting line for weekends with no qualifying has put Harvick, 45, on the pole Sunday for the Pennzoil 400 at Las Vegas Motor Speedway.

Harvick and fellow Ford driver Michael McDowell are the only series drivers to begin the 2021 season with three top-10s.

McDowell’s victory in the Daytona 500 and his consistency since has been surprising while is coming off a season with a career-high nine wins and looking to replicate that success.

Finding the balance at Homestead

In the season’s first race on an intermediate track last weekend at Homestead, Fla., Harvick rallied to finish fifth, but was all over the map during the race attempting to get the handling right on his No. 4 Stewart-Haas Racing Ford.

“Homestead is always an interesting race, and this last one was no different. There’s always a lot of risk versus reward, especially early in the race,” he said. “There’s a lot to balance from the driver’s seat.

“Homestead is just a really unique race track as far as a mile-and-a half goes, so you can hold a little bit of merit in terms of results, but it’s a one-of-a-kind track that kind of stands alone as far as the set-up and the things that you need.”

The late swap of a race at Auto Club Speedway for the one two weeks ago on the Daytona Road Course has cut down an already short turnaround time for teams to make big changes to their cars based on early-season results.

“You know what you need to work on after you get done with the West Coast swing, for the most part. But it’s tough to adapt to what you need to do because of the fact that your cars are already built,” Harvick said.

“So, you’ve kind of got what you’ve got, going through the West Coast swing. You’re really going to need that Easter break in order to get your stuff together and make changes.”

But Las Vegas has been a strong track for Harvick of late.

In each of those two seasons, Harvick went on to advance to the Championship 4 and contend for the series title.

“Las Vegas has a lot of tire fall off, so it’s important to have a good-handling race car,” Harvick said of his recent success at the track.

“It’s also a track where you’re constantly moving around trying to find the right grip.”

Before last fall’s Vegas race, Goodyear officials made one major change to the right-side tread compound of the tires to increase overall grip. Teams are running those same tires this weekend.

Why Keselowski’s move to Roush Fenway is just the beginning