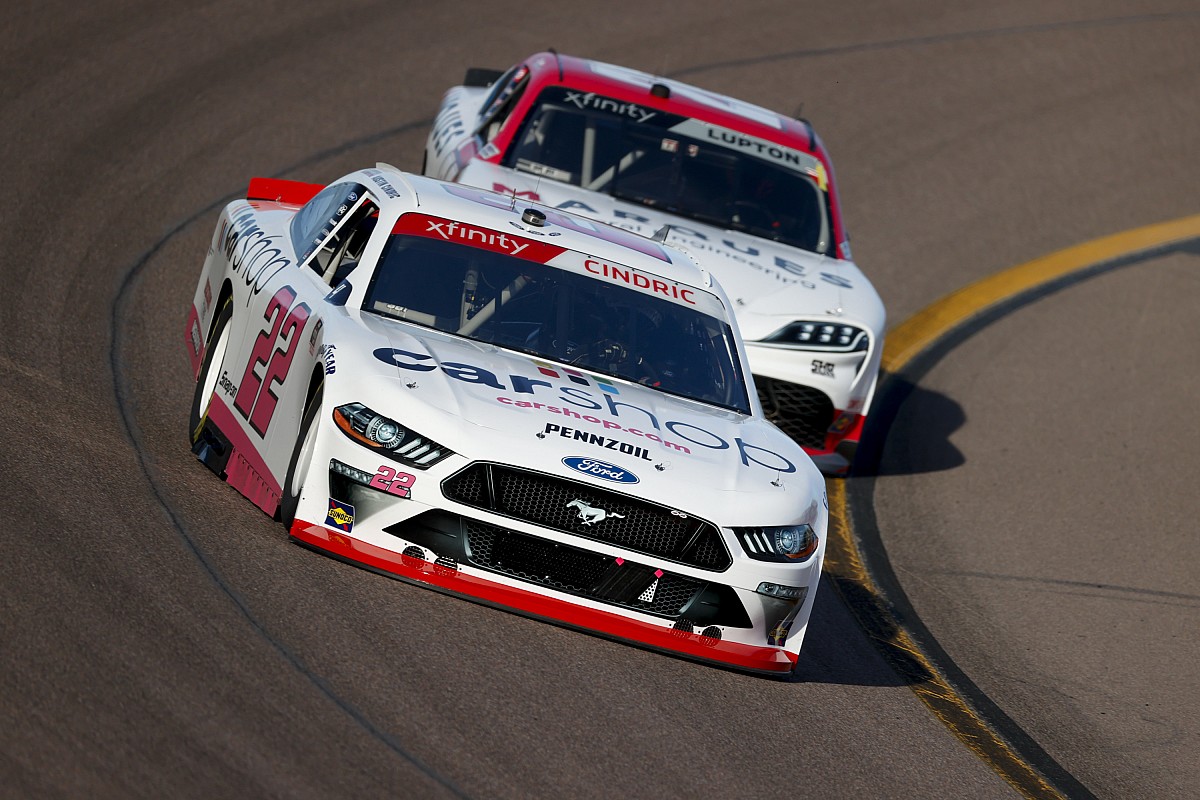 Austin Cindric enters the race as the defending series champion, and is set to move up to the Cup Series full-time no matter what happens in the title-decider.

The 23-year-old will take over the No. 2 Team Penske Ford from the outgoing Brad Keslowski in 2022, but he hopes to become one of just nine drivers to win multiple Xfinity Series titles before then.

Cindric has won five times this season, but another driver has been just as strong.

A.J. Allmendinger is in position to win his first ever NASCAR championship. He’s also won five races and has been Cindric’s main rival the entire season. Cindric has won the last two races at Phoenix, while Allmendinger has just three NXS starts at the Arizona race track. Allmendinger delivered Kaulig Racing their first Cup Series win earlier this year at Indianapolis, and now has the chance to bring the team their first NASCAR title.

Noah Gragson won at Martinsville and in doing so, locked himself into the final four for the first time in his career. The JR Motorsports driver has had the weakest season of the four tile combatants, putting up an average finish of just 13.4.

Daniel Hemric is the real dark horse. The Joe Gibbs Racing driver is winless and no, not just during the 2021 season. He has never won a race before, yet finds himself with a chance to take the crown. He may have to break that glass ceiling and win this weekend though if he wants to become champion. Hemric has been close many times before, collecting ten second-place finishes, 17 third-place finishes and leading 1,135 laps.