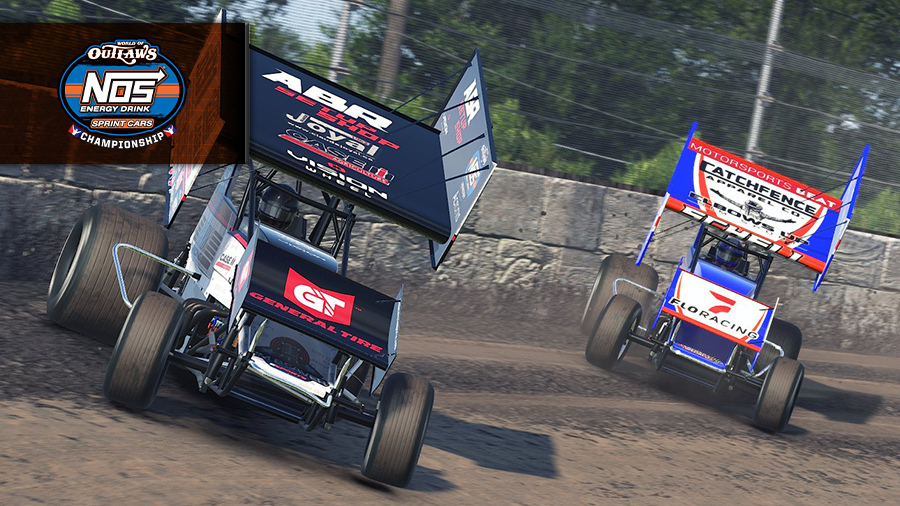 The iRacing World of Outlaws NOS Energy Sprint Car Series heads to Weedsport Speedway on Monday night for the penultimate round of the 2021-22 season. As always, the action can be seen live on iRacing social media and DirtVision on Monday at 9PM ET/6PM PT.

Last Week: Fairbury American Legion Speedway produced one of the most wildly unpredictable events in series history last Monday. With Alex Bergeron dropping out with connection issues, and other top drivers like Hayden Cardwell, Kendal Tucker, and Adam Elby all facing struggles of their own, the door was wide open for Cameron Merriman to swoop in and take a commanding points lead—until he wrecked from the top spot while coming to the white flag. Polesitter Evan Seay took advantage, reclaiming the lead and his second win of the season, while Bergeron surprisingly held onto the points lead by four over Merriman and 19 over James Edens.

Last Season: Merriman’s consolation prize is that he comes into Weedsport as the track’s defending winner, scoring his first pro victory here last year. When Bergeron and Cardwell made contact while battling for the lead with four laps to go, Merriman led Edens and Tyler Ducharme past the duo, keeping it caution-free and securing the top three podium spots. The contact also proved pivotal in the championship chase, briefly returning the points lead to Cardwell with just four races left in the season.

Track Facts: Opened as a third-mile in 1955 and increased to its current 3/8-mile layout in 1970, Weedsport Speedway is perhaps best known as the flagship facility for the Super DIRTcar Series of big block modifieds. The series stages multiple events at Weedsport every year, headlined by Super DIRT Week every fall. On this year’s World of Outlaws Sprint Car schedule, Weedsport hosts the $10,000-to-win Empire State Challenge on July 30.

Next Week: Following Weedsport, the iRacing World of Outlaws NOS Energy Sprint Car Series wraps up its 2021-22 season as usual at The Dirt Track at Charlotte Motor Speedway. For each of the past three seasons, Bergeron has claimed the virtual trophy, and largest share of the $25,000 series purse, at this event—but can he make it four in a row?